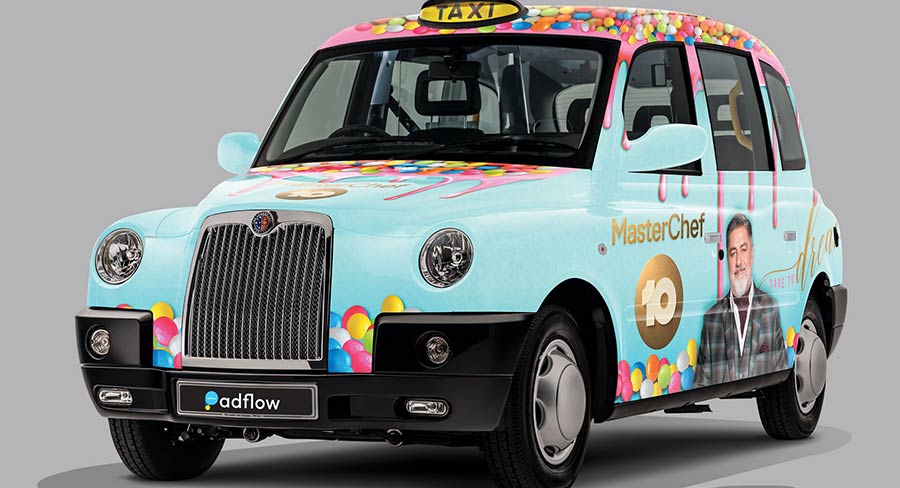 • Take a ride in Sydney or Melbourne with judges Matt, Gary or George

To celebrate the launch of the 11th season of MasterChef Australia, Network 10 has launched two activations taking the MasterChef experience to the streets.

A MasterChef coil-shaped herb garden is on display today at Southern Cross train station in Melbourne where commuters can also take home packets of herbs such as basil, chives, parsley and coriander. The activation was developed in partnership with Urban. In Sydney, pop-up MasterChef herb carts will feature at Martin Place and Town Hall stations, giving Sydney commuters a chance to take home herb seeds to start their own garden.

Network 10’s head of marketing Brad Garbutt said: “The return of MasterChef Australia signals the return to winter home cooking. Over its 10 seasons, the iconic MasterChef herb garden, shaped in the MasterChef coil, has provided inspiration for the over 250 MasterChef contestants who have walked through the MasterChef kitchen doors. With our herb garden activation, we’re hoping to inspire commuters to cook their own extraordinary dishes at home.”

10 has also partnered with AdFlow to create three taxi wraps across 10 Rydo taxis in Sydney and Melbourne. Until the end of the 2019 MasterChef Australia season, travellers will be able to ride in either a Matt Preston Sprinkle drip cake, a Gary Mehigan Choc-Heaven cake or a George Colombaris Lemon Drizzle. Garbutt continued: “Imagine driving around and seeing a taxi wrapped in your favourite desert next to the face of a MasterChef Australia judge. It’d catch your eye right? That’s exactly what we we’re hoping for. This activation aims to make people smile as they’re travelling around their city – giving them a feeling similar to that warm fuzzy feeling they’d get while watching the show.”