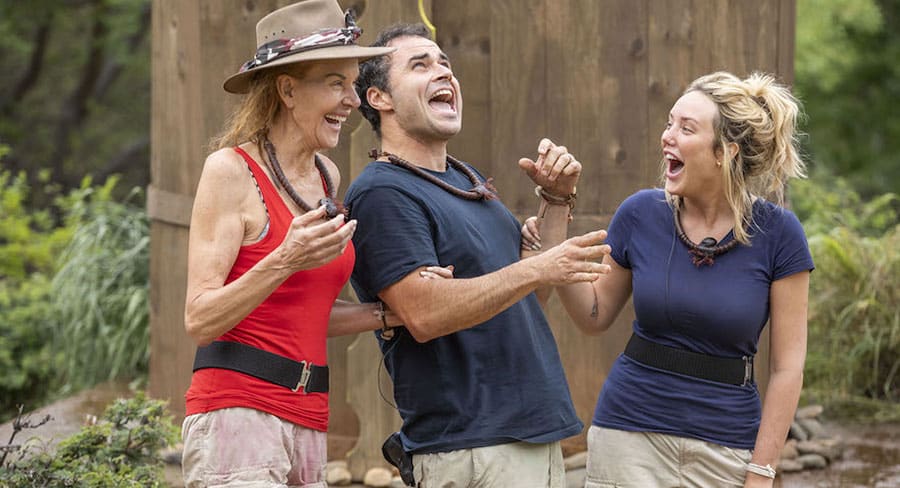 The sixth season of I’m A Celebrity…Get Me Out Of Here! changed the shape of summer television viewing, scoring an average national audience of 1.13 million across the season, up 6% year-on-year and its best result since 2017.

From its first episode on 5 January to its thrilling conclusion last night, the 2020 season proved that many Australians want a premium entertainment alternative to the traditional summer sport on other television networks.

In addition to showing strong growth on 10, I’m A Celebrity…Get Me Out Of Here! recorded growth across all platforms – including a record audience for the series on 10 Play – and was a hit on social media.

Highlights of the 2020 season included:

Jungle fever was rife on social media, with the season achieving its highest ever interactions across Facebook, Instagram and Twitter. Total interactions lifted 23% year-on-year to 1.24m interactions overall. The 10 Speaks podcast, The Reality Bite: Jungle Nights, achieved the highest number of listens within its first 24 hours out of all 10 Speaks podcasts.

Network 10’s chief content officer Beverley McGarvey said: “I’m A Celebrity…Get Me Out Of Here! is a key part of our strategy of providing premium family entertainment year-round and giving viewers a clear alternative at the start of the year.

“Our decision to launch the new season a week earlier than the 2019 season proved an incredible success. Across its first week, I’m A Celebrity…Get Me Out Of Here! brought viewers to commercial TV, increasing viewership by 6%.

“That success continued throughout the season, as the show broke digital and audience share records for the series,” she said. Last night’s The Winner Announced segment, which saw Miguel Maestre take the crown as King of the Jungle, was watched by an average national audience of 1.23m, peaking at 1.37m. Including the Grand Finale, I’m A Celebrity…Get Me Out Of Here lifted 14% year-on-year.

McGarvey added: “I want to thank our brilliant cast and crew for their commitment and passion, our incredibly talented hosts Dr Chris Brown and Julia Morris, the wonderful team at ITV Studios Australia and everyone at 10, especially our executive producer Stephen Tate, for their incredible efforts. Congratulations on another amazing season.

“Finally, to our brave celebrities, thank you for putting it all on the line out there and congratulations on surviving the jungle!”

Network 10’s chief sales officer Rod Prosser said: “I’m A Celebrity…Get Me Out Of Here! has proved to be a successful summer entertainment alternative for brands and advertisers. No other show can deliver the scale of integration I’m A Celebrity has delivered, and I’d like to thank this year’s sponsors Carnival, Origin, McDonalds, Bedshed, Open Universities Australia and all our other partners for working with us to be as creative as our imaginations have enabled us to be. We’ve enjoyed working with you across the season and have loved seeing your campaigns come to life in fun and innovative ways.”

At the start of the 2020 season, Network 10 pledged to match the money raised for the chosen charities of the celebrities and donate the amount to state fire services and other organisations supporting the Australian bushfire relief efforts.