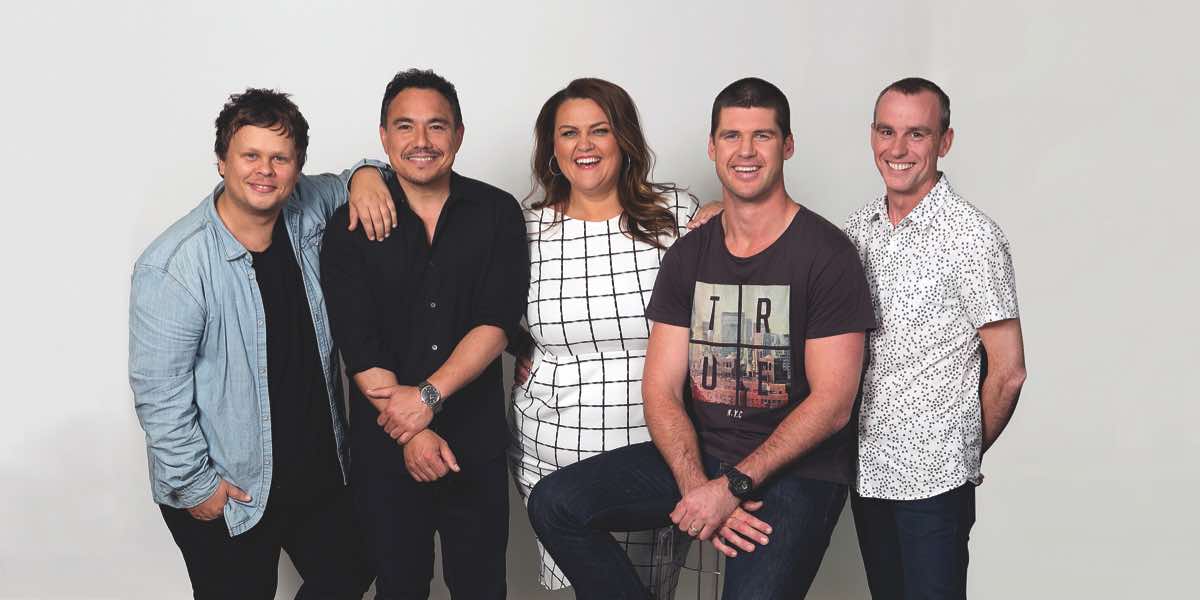 Nova 100 program director Rohan Brown had just finished reviewing another week of the new Chrissie Swan, Sam Pang and Jonathan Brown breakfast show when Mediaweek asked him about when Nova decided they needed a change.

“In about August last year we looked at our current product and we asked the question if it was the one that was going to take us forward,” revealed Brown. “Around that time Chrissie Swan was available and we rated her very highly, ranking her one of the very best in radio. She is just brilliant.

“The decision was to keep going with what we had or to build a show around Chrissie Swan. We went with the latter and then asked ourselves what we wanted the show to be. We didn’t just want two people talking about celebrity gossip which has become the FM radio norm. We wanted to create something different.

“That is where Jonathan Brown came from because football is a big part of the culture. Jonathan had done some work for Nova in Brisbane and he was a regular on our former breakfast show. We said, yes, bang, and locked him in.

“We then demoed different people and when Sam Pang came along there was an instant chemistry that you look for.

“We signed them up and then spent many hours preparing – writing synopses on what we thought the show was going to be. We then did some demos, maybe working with the team for about three weeks before the show went to air.” Brown said Sam Pang was one of the first people auditioned, but he admitted they had him in a couple of times to make sure the balance was right between the team.

Brown and the breakfast show executive producer Tim Verrall talk every morning after the program, but he admitted they don’t spend too long looking back at a show. “We discuss what worked well and focus on that. We get the team out of here early each day because they are all so busy. Tim and I then spend some more time working on the program.”

No one at Nova is promising any Melbourne miracle. “It is bloody hard to put together a breakfast show that gets traction quickly,” admitted Brown. “We are very encouraged by the quality of the show from day one. That gives us some hope it might find traction a bit quicker than might be expected.”

Tim Verrall: “I want to work on a show that is honest”

The executive producer of one of the many new shows on Melbourne radio this year is thankful his talents are bringing a level of honesty to the marketplace that isn’t always on offer.

Tim Verrall told Mediaweek that when Chrissie, Sam or Browny give an opinion, they are not being nasty or trying to be controversial – they are just being honest.

“I want to work on a show that is that honest. A lot of shows try to do what they think people want to hear, rather than being what they are on air.”

Verrall last worked in the Melbourne market at what was then Mix 101.1 when Brigitte Duclos was hosting with George McEncroe and Tom Gleeson. He then joined Nova Entertainment and turned Maz, Dan and Shane and then Lewis and Lowe into successful Nova Adelaide breakfast shows.

“It was a really big decision to leave. I had a show that I adored in so many ways. Shane and Dylan are wonderful people and the three of us were really close.”

Verrall admits to blubbing in front of them when he broke the news of his departure. Dylan Lewis quickly assured Verrall he was making the right career move which made it easier for him to make the move.

“Deep down I needed a new challenge. We had such great disciplines in place that the show could have worked even if I’d had a sleep in the corner for an hour. Everyone knew their roles on and off the air. I had a feeling the show could have benefited from a new EP with fresh ideas.”

Although Verrall loves making his home in Melbourne again, he admits to returning for the job first and foremost. “I came for the project…and it’s a pretty exciting project. I still pinch myself that I’m working with Jonathan Brown, Chrissie Swan and Sam Pang.

“And when Paul Jackson taps you on the shoulder, it is hard to say ‘no’, to be perfectly honest.” The Nova Entertainment group program director has his hands “all over” the new show too, said Verrall.

“I know the way he thinks about breakfast radio and his expectations. There was no guessing what he wanted, I know the way he wants his radio stations to sound. He always keeps an eye on what is happening, but he gives Rohan and me the room to build the show.”

Verrall said Nova has been careful not to try and tick too many boxes at once. “I have been focussed on getting the processes right. I wanted to get all the structures in place so the guys on air could do their job. If I look back on the way we set this up, the template for this is the one I would always use again.”

In Adelaide the Lewis and Lowe breakfast show went up four points over two surveys once. Success can come in a rush when a show clicks.

He is careful about predicting any fast change in his new market. “This is a very competitive radio market and we are up against some very good shows who aren’t necessarily doing anything wrong.

“People aren’t going to flock to us because it is a better product. We have to be good at what we do every day and offer an alternative.”

As to where the new Nova 100 breakfast audience could come from, Verrall says it could be a combination of people moving across the dial.

“Sam’s comedy is very broad. He finds comedy in everything from sport to TV to American politics.”

Verrall said about 80% of every show is planned the day before under the banner of “made for Melbourne”.

“Everything we do we try to ensure there is a Melbourne angle.” That is a space where Triple M’s The Hot Breakfast engage Melbourne best in the FM space. “They do a lot of things really, really well,” Verrall said about his competitor. “The Hot Breakfast is the benchmark as far as those things go.”

The program also likes to allow for spontaneity, with Verrall wary of anything that sounds over-produced. “Everyone has their say in how the show is put together.” When the team is apart, there is a prolific exchange of group texts, a system set up by Browny early in the piece.