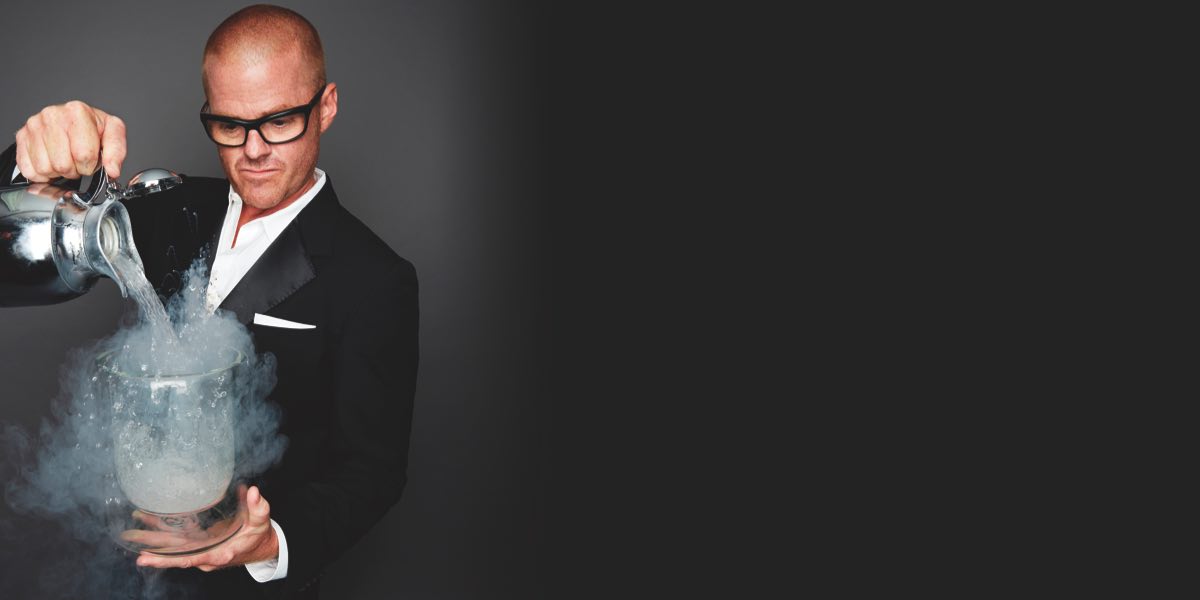 As far as cooking shows go, they rarely are as ambitious as Inside Heston’s World. The show follows celebrity chef Heston Blumenthal shutting down The Fat Duck, his world-renowned restaurant in England, and moving it across the globe to Melbourne.

As if that wasn’t enough, SBS also added a virtual reality component to the shoot.

“Our online team absolutely jumped on this as a great project to roll out VR,” explained SBS head of commissioned content Alison Sharman. “That was planned from the very early stages and you can imagine because we filmed the VR at the Fat Duck in Bray, it was quite a logistical feat, negotiating things 10,000 miles away. That was very much something that our team was inspired to do. What was fantastic was Team Heston was on-board and it fitted in with their vision.”

Launching a local series featuring Blumenthal was a very strong fit for SBS. Previous shows featuring the chef have been very well received on the channel, with food a core focus for SBS. The network has embraced the popularity of cooking shows and has used them to meet its multiculturalism charter objectives.

The opportunity to chronicle Blumenthal’s move from Bray, England, to his temporary home in Melbourne, Australia, came at a fortuitous moment. Due to his popularity on SBS, the network’s team opened up a dialogue with his team about what it was planning for the future. It was then that SBS discovered that Blumenthal was planning to shift his operations.

“It was just before the time they’d announced they were closing it. I said that would be fascinating. It felt like an opportunity to see Heston in a different light, an opportunity to get behind the scenes of this incredible, iconic institution and look at it from a different perspective, the business perspective – all those things that I don’t think viewers necessarily get to see,” revealed Sharman.

“What I hoped to bring to this, and what I feel the team has done, is give the viewer an insight into a world. It often feels like a world that you may never have the opportunity to be part of or to go to. Lots of our audience who may want to go there are not going to eat at The Fat Duck. What you want to give them is that kind of experience.

“This is absolutely pure documentary and you’re going to show the truth of what it’s like – there were no snails, or the plates didn’t arrive. Often, with pure documentary, sometimes it’s the very small things that are the most interesting,” she said.

Due to the length of the six-month shoot, combined with the intimacy of the production, the crew filming the show was very small as they shot with handheld cameras.

“It was quite a long process. The best creative processes happen with the longest gestation periods. I’m a great believer in content, which is about create, curate, and connect. I think in terms of the PR, the marketing, the online. This has been absolutely a 360-degree project,” explained Sharman.

The series is one of the final shows to be launched by Sharman for SBS, with the executive departing SBS at the end of April to return to the UK. Her departure sparked an executive reorganisation at SBS, with Sue Masters and John Godfrey heading up new scripted and non-scripted departments.