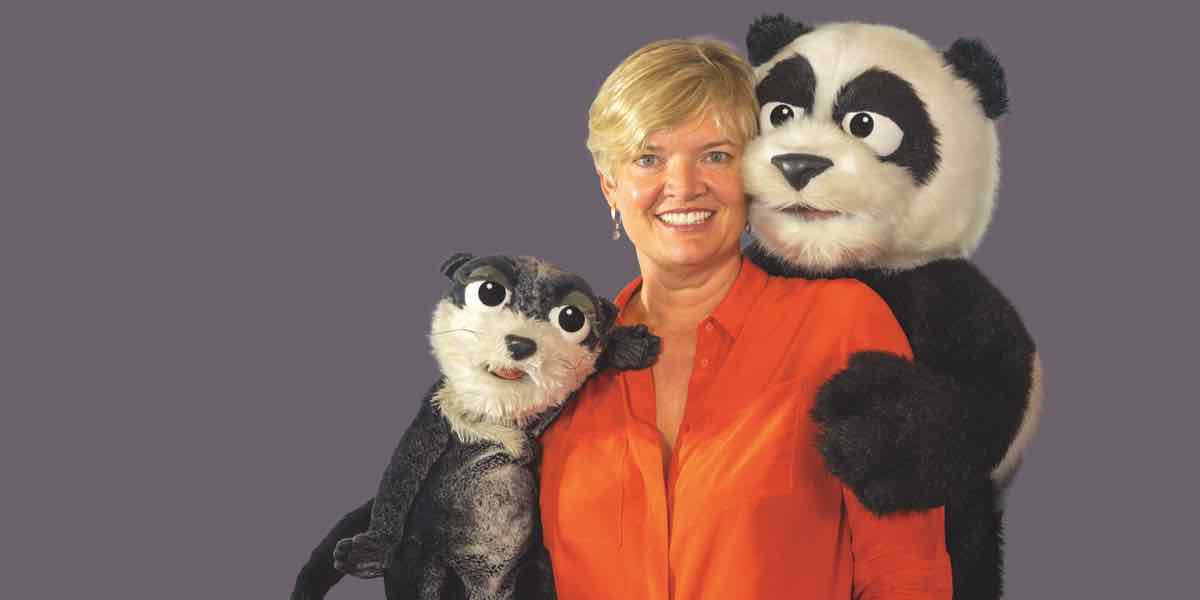 Kids’ interactive animal channel ZooMoo Networks was developed by David Haslingden in 2012. The brand operates a linear TV channel, is a VOD supplier, has an app and is the supplier of a block of content to viewers of 7TWO each morning at 7am.

Haslingden approached Catherine Nebauer about working with him on his children’s network ZooMoo around the time he secured the channel’s carriage deal with DirectTV South America. ZooMoo has also launched on the Hispanic speaking service in the US.

“I arrived to help oversee the Australasian business,” Nebauer told Mediaweek. “I was given a mandate that we needed to find a partner in Australia as well as help oversee what we were doing in the Asian market. We had a base in Singapore but we were also launching into Indonesia and Malaysia and some other smaller territories. We were also working with Lightbox on launching into New Zealand.

“In Australia we found a partner in Seven.” Nebauer said she has had discussions about launching a linear channel in Australia, but it is still some way off.

“The work now is about maximising those partnerships. We are doing very well internationally.

“We are a small team, but we now have full coverage with a linear channel throughout Latin America, we are in US Hispanic and we have good coverage across southeast Asia.

“In China we have recently announced a programming block with CCTV which is doing very well and ranking #1 across all ages in the timeslot. We will continue to work with CCTV on future opportunities.”

Nebauer said the linear channel was a great way for children to sample the product and find their favourites, particularly in the preschool market. “Many parents prefer that than going to an online source. For parents it is all about controlling what your kids are watching. We are very different in that we are all about animals. We are in a space that is quite lacking. We are quite unique and parents are interested in that content as well.”

The brand is largely self-sufficient, companies within the Haslingden group make about 90% of the programming ZooMoo offers. “The programming comes from companies in Singapore and New Zealand. We will soon be producing content in Australia too.”

ZooMoo is close to producing a pilot for its Australian series, but Nebauer said they are not yet ready to announce the project. “Once we see the pilot and how it looks we can start talking about that. There is also a second project we have seen which we like and we are working on developing that. That is in the animation space with a Brisbane-based company.

“We also acquire some content – recently we got Dinosaur Train which has been a huge hit in Australia. In Malaysia we have a new series called Origanimals which comes onto the schedule this week. We are acquiring some animation, but we are looking at some commissions too.” ZooMoo is not yet terribly active commissioning content, but it plans to change that in the future.

Former Fox International Channels Australia managing director Karen Simoncini works with Nebauer at ZooMoo as the head of programming. She worked as the head of Fox Australia.

“The mandate about ZooMoo is that it is all about animals. When David Haslingden was at Fox, and also Nat Geo, he really felt there was an opportunity to provide a kids’ channel that was dedicated to animals.”

The ZooMoo content features both live action and puppets, much of it provided from production companies within Haslingden’s Racat Group of companies.

“Through the combination of the various businesses within the Racat Group – Northern Pictures in Australia, Beach House Pictures in Singapore, NHNZ in New Zealand – they produce hundreds of hours of content in the documentary and factual space.

“We also have content agreements with BBC Worldwide and Nat Geo.”

The ZooMoo channel is also available with a fully interactive app which allows kids to download animals to ZooMoo Island. There is no advertising or in-app purchasing.

Nebauer could be best known to many Mediaweek readers for her eight years with Viacom at Nickelodeon where she was program director, then general manager Australia and later appointed general manager SVP Nickelodeon Asia. Prior to that she spent four years with Southern Star as children’s programming manager and sales manager for Asia and the Middle East.

Nebauer has been with ZooMoo just short of two years.