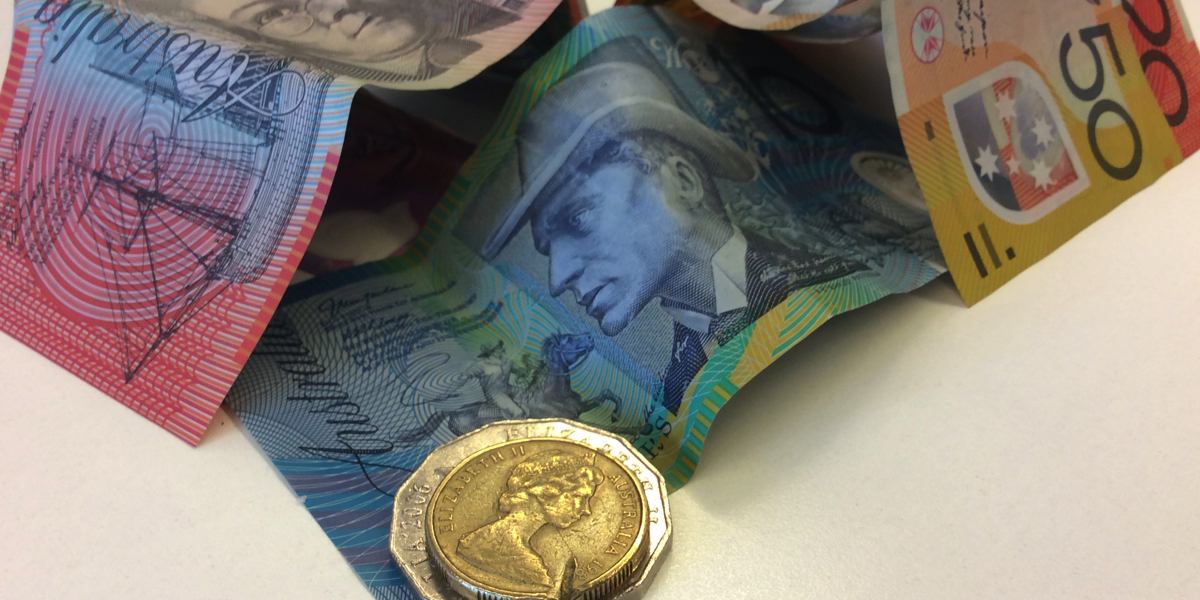 ZenithOptimedia predicts global ad expenditure will grow 4.4% in 2015, reaching US$544 billion by the end of the year. Our forecast for 2015 is down (by 0.5 percentage points), mainly because of the severe economic problems in Russia, Ukraine and Belarus, and a slowdown in China, which is now so large that relatively small changes in growth visibly affect the global total.
Mobile is now the main driver of global adspend growth. We forecast mobile to contribute 62% of all the extra adspend between 2014 and 2017 (again excluding markets where we don’t have a breakdown by medium). Television will be the second‐largest contributor (accounting for 23% of new ad expenditure), followed by desktop internet (18%). The gains made by outdoor, radio and cinema will be cancelled out by the continued decline of newspapers and magazines, which we expect to shrink by a combined US$9 billion over the forecast period.
Television is still by some distance the dominant advertising medium, attracting 39% of spend in 2014. Television offers unparalleled capacity to build reach, and establish brand awareness and associations. We forecast television adspend to grow by an average of 3% a year through to 2017.
Despite this healthy growth, television’s share of global adspend is likely to fall back slightly over the next few years as desktop and mobile internet grow much faster. Television’s market share has grown steadily over the last three and a half decades, from 29.9% of spend in 1980 to 39.7% in 2013. We think it has now peaked, however; we estimate that television’s share slipped slightly to 39.4% in 2014 and forecast it to fall further to 37.3% in 2017. Marketers are also beginning to move small budgets away from television to online video, which we expect to grow from 2.1% of global adspend in 2014 to 3.9% in 2017. The audiovisual share of the market will therefore fall by only 0.3 percentage points, from 41.5% in 2014 to 41.2% in 2017. 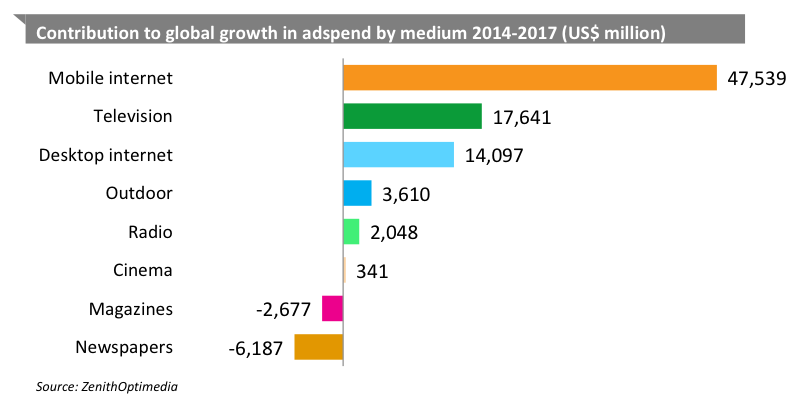 Australia ad spend to grow 1.6%
ZenithOptimedia Australia is forecasting 1.6% revenue growth in 2015, versus a 2014 result which was virtually flat at +0.1%. Whilst advertising revenue growth will improve year-on-year, it is still forecast to be below expected GDP growth of around 2.7%. However, there are signs of improvement in some of the economic factors that influence the Australian advertising market.
Consumer sentiment has shown two consecutive months of improvement. The February figures showed sentiment at 100.7, which although only just positive, nevertheless constitutes the first positive result since January 2014. An unexpected cut in the already record low interest rate and the decline in the cost of petrol by close to 20% over a two month period has taken pressure off household budgets. These factors, along with growth in the Australian share market, are contributing to the improvement in sentiment.
Digital media continues to be the main driver of ad revenue growth, video and mobile display in particular. Overall in 2014, digital spend grew by 13%. OOH grew by 10% thanks to the spread of new formats, while radio put on 2% growth. Television finished the year with a 4% decline, and cinema was down 17% after two years of double-digit growth. Print also continues to decline, down 15% year-on-year. 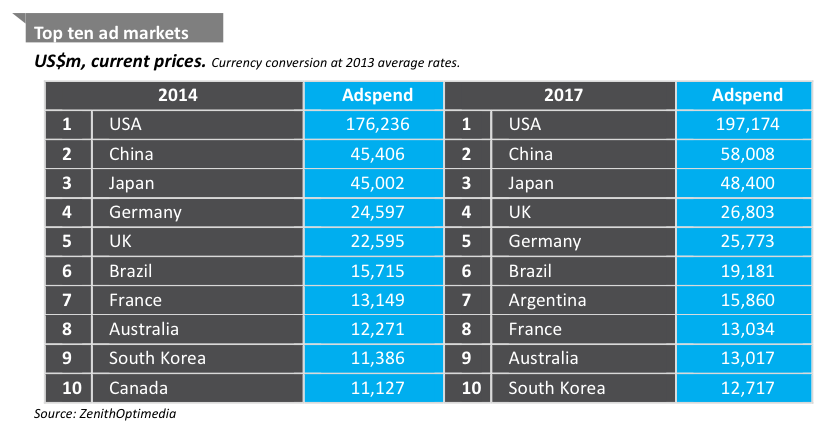