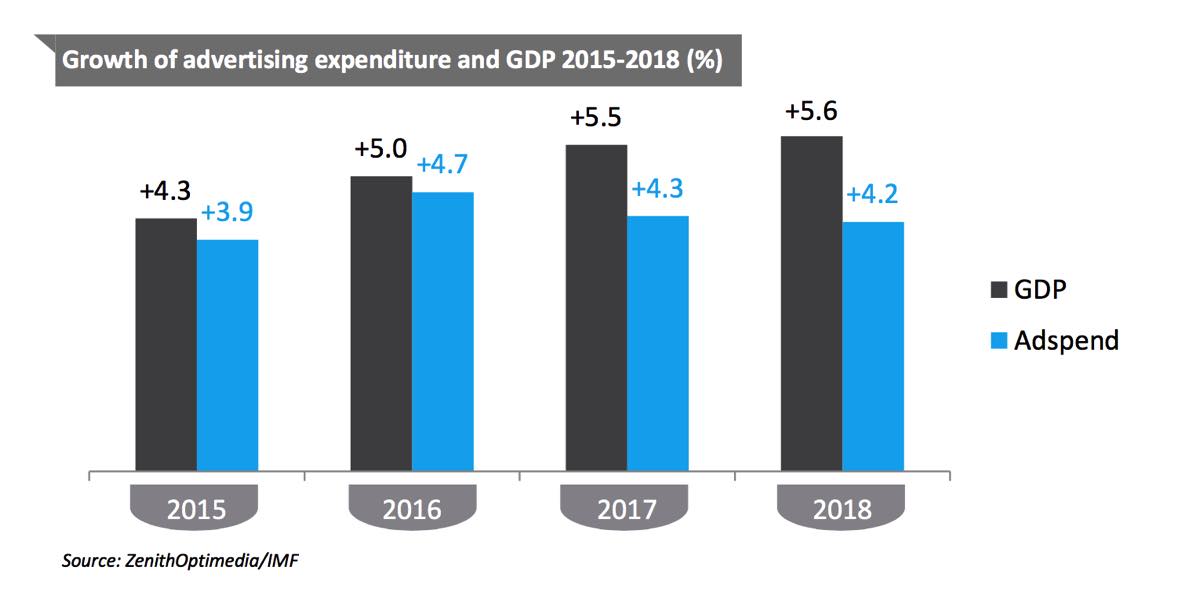 ZenithOptimedia has revised its ad spend forcast, and it’s up from previous forecasts

ZenithOptimedia Australia is forecasting 2.9% revenue growth in 2015. This has been revised up from its previous forecast of 2.6% due to stronger than expected growth year to date. ZenithOptimedia expects this growth to slow in the final quarter of the year, cycling off strong Q4 growth in 2014 from media such as OOH and radio. 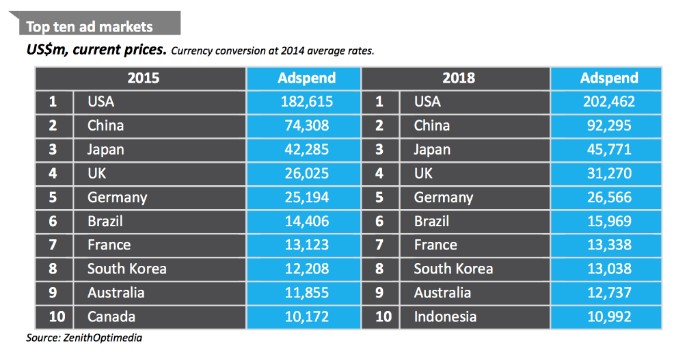 ZenithOptimedia predicts global ad expenditure will grow 4.7% in 2016, reaching US$579 billion by the end of the year. This will be a 0.8 percentage point improvement on 2015. As we noted yesterday, 2016 is a quadrennial year, when ad expenditure is boosted by the Summer Olympics, the US presidential election and the UEFA football championship in Europe. The global ad market has enjoyed stable growth since 2011, with growth rates ranging between 4% and 5% a year, and ZenithOptimedia expects it to maintain this pace for the rest of the forecast period.

Consumer sentiment has improved since Malcolm Turnbull took over leadership of the Liberal party; as of November it is positive, and at its highest point since January 2014. Unemployment rates have improved slightly, and overall sentiment indicates a less pessimistic attitude towards the labour market. Both business and retail sentiment is positive.

However, smaller spending categories, such as travel, media/entertainment and food/drink, are all seeing growth. We expect this to continue into 2016, along with growth in the government category as we head into a federal election year. 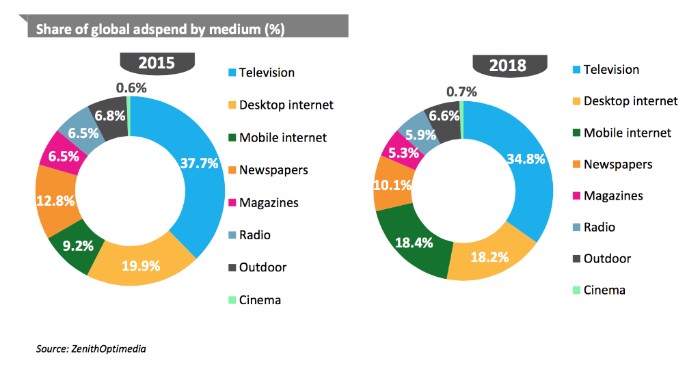 Digital (+14%) and out-of-home (+9%) continue to be the media fuelling revenue growth in 2015, and we expect this to continue into 2016, although growth for both of these will moderate. Digital is being influenced by the strong takeup of mobile advertising and online video; in fact the majority of the growth in display is being driven by OLV. Out-of-home is benefiting from the digitalisation of sites, which is increasing the amount and quality of inventory available in the market. TV remains flat and newspaper and magazines continue their double-digit declines.