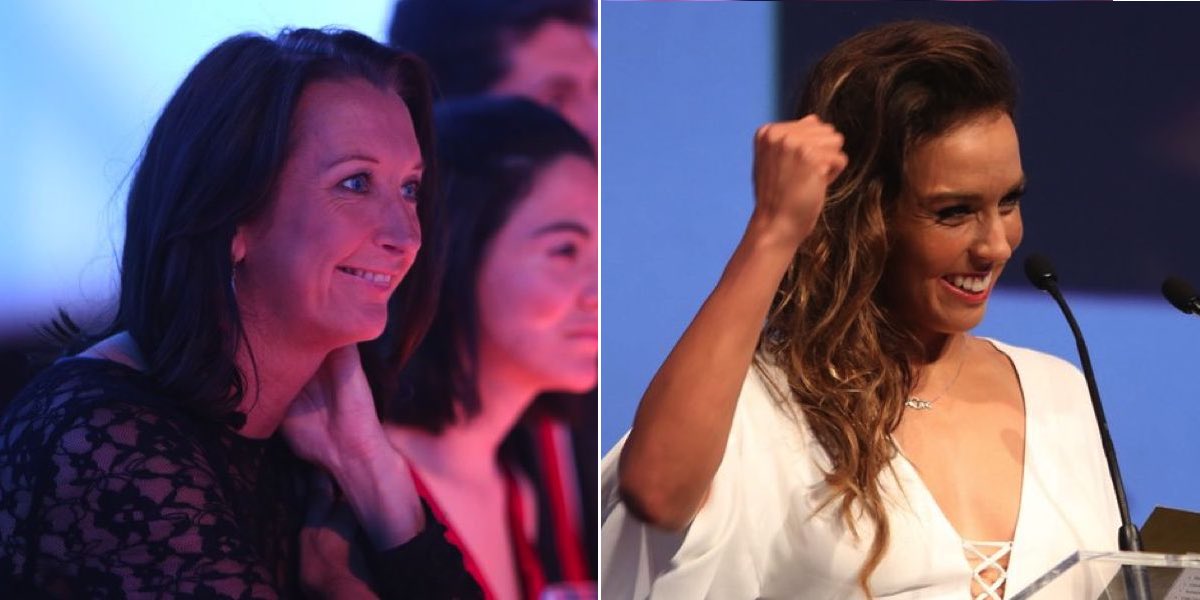 Held at Sydney’s Hordern Pavilion, the awards recognised the best moments and achievements of women in sport. A recognition, editor Felicity Harley says, these professionals do not get enough of.

The glamorous night began at 6:30pm with a red carpet, where well-known athletes and media executives posed for photographs as the other guests lingered around in the foyer with champagne in hand.

Prior to entering the main hall for the awards, guests were given a table number for the proceedings and dinner. The tables were set up in a squared “U” shape and were decorated with cutlery, name card and a menu for the evening. The tables were fitted with lights which were blue on entry. They changed colour throughout the evening to reflect the mood of what was being shown on three massive screens covering the walls behind the stage and the sides.

Even the Harvey Norman CEO Katie Page was amazed at the sheer size of the projectors. Page, who was on stage to present an award said: “I know we sell televisions but I haven’t seen anything like this. That’s it, I am building a bigger house.”

In a short speech to the crowd, Seven West Media Tim Worner told the guests that there would be a channel dedicated to covering women sports only during the broadcaster’s coverage of Rio 2016.

The 12 categories of the awards were split evenly between starters, main and desert. Which was a masterstroke in holding the guests attention and giving them time to mingle amongst their peers.

This year, Women’s Health introduced the I Support Women in Sports Hall of Fame, which recognises the life time achievement of a woman in sport. The first athlete to be inducted was eight times Olympic medallist nicknamed “Madame Butterfly”, Susie O’Neill.

The official proceedings of the function wrapped up by about 10pm with many guests staying behind for canapés and desert.

Guests were gifted with a goodie bag at the end of the event. The bag contained:

• A gym towel from Rebel

• A pair of socks

A-Team of the Year – DIAMONDS, Netball