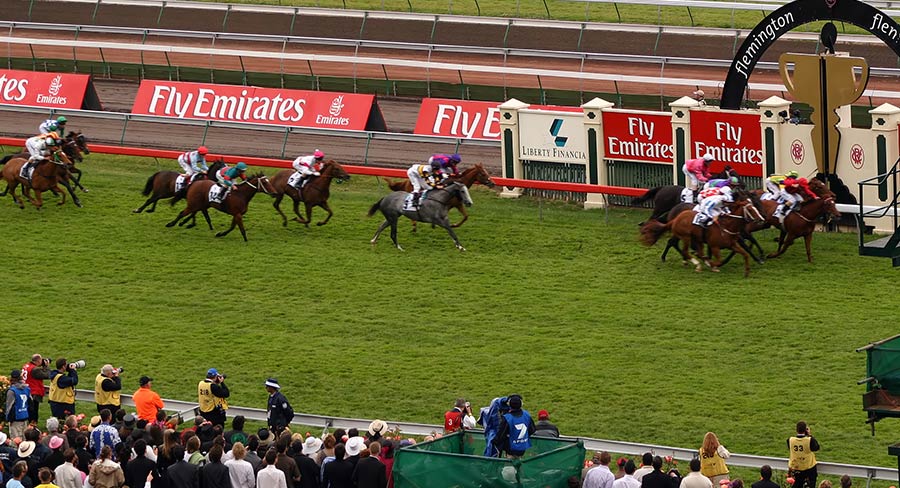 • Action starts Saturday from Flemington on 7, 7TWO and 7plus
• Seven covering the race that stops the nation for its final time

Seven heads to Flemington for live coverage of the iconic Melbourne Cup Carnival, featuring Australia’s premier thoroughbred racing, fashion and personalities from around the world.

Seven’s coverage will be hosted by Bruce McAvaney, Francesca Cumani and Richard Freedman.

Jason Richardson will conduct live interviews post-race with winning connections and form analysis from the mounting yard. Chris Symons will be the horseback interviewer on Kevin from 7.

During the coverage, Hamish McLachlan and Ross Stevenson will be giving Melbourne Cup Carnival viewers their unique That’s Racing take on everything at Flemington, as they go beyond the odds to talk about the fun and offbeat side of the sport.

McLachlan will also host from the race stalls and pre-parade ring with Katelyn Mallyon, interviewing the connections and reporting on horse arrivals. Edwina Bartholomew, Rachael Finch and Emma Davenport will bring all the colour, news and personalities from around the track.

Abbey Gelmi will be interviewing stars of the racing and fashion world.

Kate Waterhouse will be covering Fashions on the Field, while Byron Cooke will catch up with music acts including Sam Smith and The Presets.

Hill has an extensive resume as a race caller and sports broadcaster including five Golden Slippers and Australian Derbies, and more recently called Winx in her historic fourth Cox Plate victory.

Seven News meteorologist Jane Bunn joins the coverage to keep racegoers and punters across all the latest weather news.

Seven’s digital coverage of the Melbourne Cup will be its biggest yet, with horse racing fans able to access live and exclusive content in more ways than ever before.

Users will be able to watch the Melbourne Cup – not to mention all of the buildup and post-race analysis – wherever they are in Australia on 7plus and the 7Sport app.

Extended social coverage on @7horseracing will complement broadcast, capturing the racing action and all of the colour and features from around Flemington.

@7horseracing has teamed with Twitter to offer live streaming from the Carnival to users across Australia.

The Carnival coverage starts on Saturday with what many racing purists consider the best single day of thoroughbred racing in Australia. Victorian racing’s premier three-year-old classic, the Victoria Derby, is the feature event for stayers over 2500m. The Empire Rose Stakes, Kennedy Mile, and Coolmore Stud Stakes round out an exceptional day of Group 1 racing, along with five other Group races.

Then it’s the first Tuesday in November – Cup day. The nation’s greatest race, a handicap run over two miles, attracts thoroughbred horses from around the globe as trainers and owners look to etch their name in racing history.

Oaks Day and Stakes Day, on Thursday and Saturday respectively, round out arguably the best racing carnival in the world. The latest in fashion, colour and flair is celebrated on Oaks Day, with the feature race the Group 1 Oaks for three-year-old fillies. Families are again expected to flock to Stakes Day to enjoy the relaxed atmosphere for the $2 million Group 1 Seppelt Wines McKinnon Stakes.