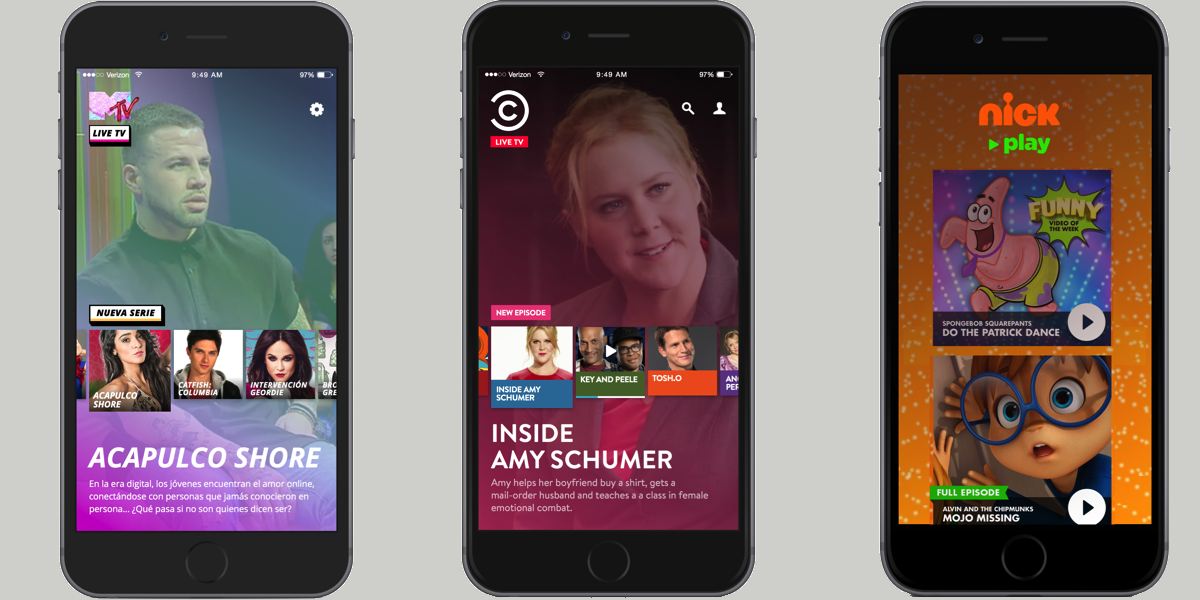 •  Offers Anytime, Anywhere access to best content from each of Viacom’s international brands
•  Will be available to pay TV and mobile network subscribers in iOS and Android in 180 countries

Viacom has announced the launch of Viacom Play Plex, a suite of mobile TV apps allowing its distribution partners to offer smartphone and tablet users around the world access to the best content from all its international TV brands, anytime and anywhere.

Starting in the fourth quarter of 2015, the Viacom Play Plex apps will be available to launch in every one of the 180 international territories in which Viacom owns and operates TV channels. There will be a separate mobile Play app for each of Viacom’s major international TV channel brands – Comedy Central, MTV, Nickelodeon, Paramount Channel, Spike and BET – offering video-on-demand (VOD) access to a range of current and library content, as well as a live, local linear stream of the relevant channel, and other content including games for Nick Play.

Viacom is exploring a number of different distribution options for Viacom Play Plex, with the suite of apps being offered on both a collective and standalone basis to existing pay TV partners in every territory to integrate into their TV Everywhere services where available. A number of pay TV providers have already signed deals with Viacom to offer subscribers authenticated access to the Nick app, including NOS in Portugal, while Viacom is collaborating with a number of other providers on upcoming launches including Foxtel in Australia and OSN in the Middle East and North Africa region. The Nick app, which has been rolled out in five international markets since 2013, is being updated and rebranded as Nick Play internationally to become part of Viacom Play Plex.

Bob Bakish, president and CEO, Viacom International Media Networks, commented: “Viacom Play Plex offers us maximum flexibility in distributing our content as the way viewers consume their favourite TV shows continues to evolve. These apps are designed to complement our linear pay TV channels and to allow our existing distribution partners to deepen and improve the entertainment experience they offer their subscribers. But, Viacom Play Plex also opens up new distribution opportunities for us, particularly in the fast-growing mobile TV sector, and, ultimately, positions us to succeed in a world of more personalised entertainment services and greater consumer choice.”

Each branded Play app will be localised for each country in which it is made available, both in terms of language and available content, giving users more ways to access Viacom’s global hits such as SpongeBob SquarePants, Catfish and Lip Sync Battle, as well as local productions.

Mobile TV viewers everywhere will enjoy an intuitive, video-focused user interface and enhanced video player, which reduces loading and buffering times, as well as an algorithmic menu that adapts to their tastes. Apps will include social and sharing components, and will be available in both iOS and Android to download from the Apple App store and Google Play store respectively.

Bakish added: “Viacom Play Plex allows viewers across the globe to watch the TV shows they love from their favorite Viacom brands anytime and anywhere. We believe no other international entertainment company is offering this type of innovation at this scale, serving every major demographic in every major TV market.”