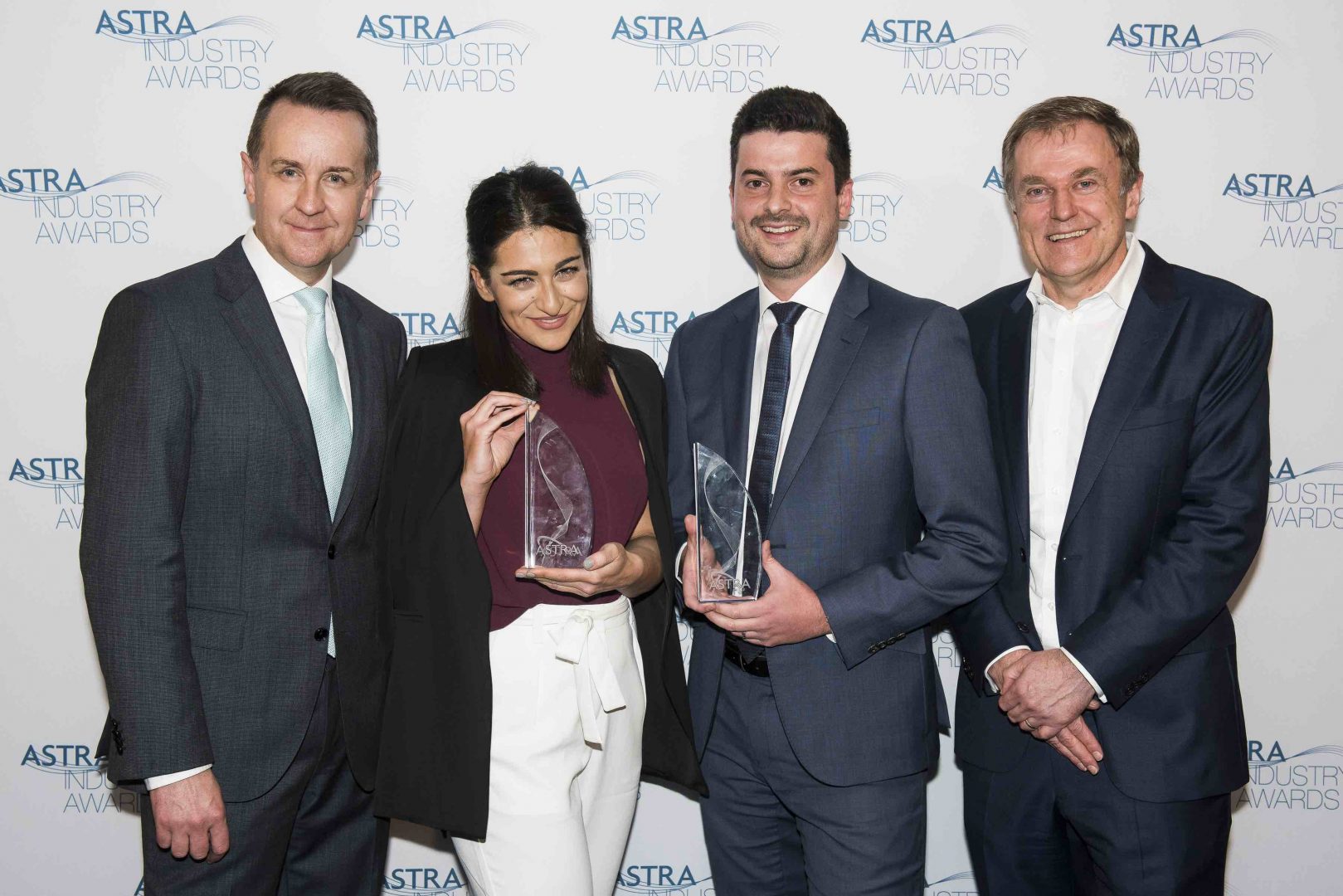 ASTRA might have merged its major ASTRA Awards event into the AACTAs, but it still has its Industry Award event.

Hosted by Australia’s Next Top Model’s Alex Perry, more than 200 guests applauded finalists and winners of the annual awards, which recognise excellence in marketing, advertising and promotion across Australia’s subscription television industry.

Perry proved a great host for the short formalities that handed out the awards. He noted that in the past he had been nominated seven times for an ASTRA without ever winning. “Not that I am bitter,” he emphasised several times, while noting he wasn’t angry that people like The LifeStyle Channel’s Andrew Winter were perennial winners before those awards were discontinued.

Stars who joined the celebrations included Sky News’s Helen Dalley, Ingrid Willinge, Amy Greenbankand Jaynie Seal, E! reporter Ksenija Lukich and actors Abby Earl and Jenni Baird, from Foxtel’s hit drama A Place to Call Home. Many Foxtel executives from CEO Peter Tonagh and executive director of TV Brian Walsh down celebrated excellence while many channel managers were on hand along with teams from most channels on the Foxtel platform and a team from MCN led by Paul MacGregor, national director of client solutions, marketing and production.

“The ASTRA Industry Awards is a welcome celebration of the extraordinary individuals and teams who work tirelessly behind the scenes,” said ASTRA CEO Andrew Maiden.

“The calibre of this year’s finalists and winners is impressive and demonstrates the depth of talent in the subscription television industry. These talented professionals represent the future of television, and the future is bright.”

Across 10 categories for both individual and team awards, Fox Sports was recognised with four ASTRAs.

Nickelodeon won two awards, while MTV and Comedy Central picked up an ASTRA each, bringing Viacom’s total to four. FX and Foxtel (Premium Entertainment Channels) each won an ASTRA.

Television Professional of the Year (in a role other than creative, marketing or communications)
Ben Jones (Fox Sports, NRL)

Most Outstanding Campaign under $50,000
The Walking Dead Season 6 Launch (FX)