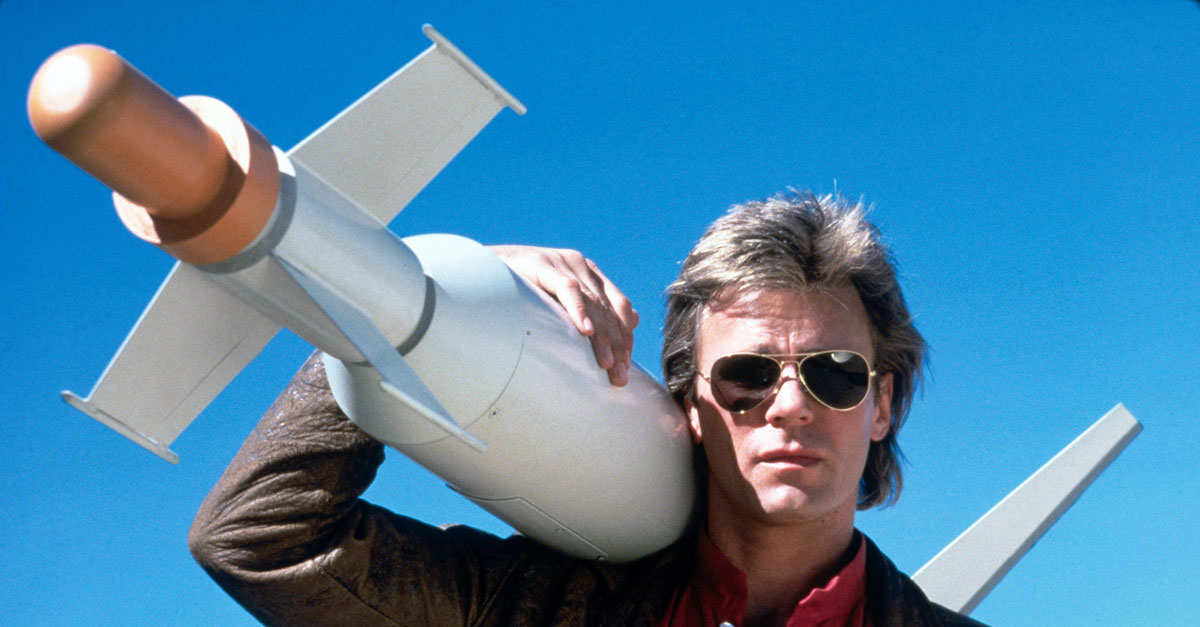 FRIDAY
MacGyver
7.30pm on ONE
With rumours swirling around about how deeply troubled the proposed CBS remake of MacGyver is (with recasts, new director, a third writer and despite a complete pilot reshoot, still no teaser footage to show at last weekend’s Comic-Con), Ten’s one-time sports channel continues to show repeats of the original. And in prime time too. Seriously Ten, a 30 year old show paired with Walker, Texas Ranger at 8.30pm does not cut it for end of week entertainment. And neither does the umpteenth repeat of Xanadu over on Eleven. Start looking outside that old and tired CBS catalogue or close down a channel because this is beyond boring.

In The Club
8.30pm on BBC First
The second series of the BBC drama aired in the UK in May. It’s about six couples attending a parenting group and while it is apparently quite good, think I will stick with the pregnancy dramas of local dramas Offspring and Love Child instead.

SATURDAY
Travels With The Bondi Vet
6pm on Ten
In this spin-off, Dr Chris Brown leaves his Bondi practice behind to travel around the world with this first episode taking him to Chile, Thailand and Japan. Travels With Bondi Rescue next?

Caligula
8.30pm on World Movies
The most expensive and notorious porn movie ever made stars Malcolm McDowell, Helen Mirren, Peter O’Toole and John Gielgud. This is the R-rated version but a hardcore version also exists after Penthouse magazine editor Bob Guccione snuck back to shoot more X-rated footage without the stars’ knowledge. Dame Helen Mirren, though, is unrepentant, saying on a recent audio track for the Blu-Ray release that at least she made a historical drama based on fact rather than do something else low-rent in the British Film Industry of the time … like Confessions of a Window Cleaner. Actually, given both she and Malcolm do audio commentaries for a film that could have ruined both their careers says a lot about facing your past no matter how controversial it is.

SUNDAY
Love Child
8pm on Nine
A late program change means that Nine will now screen three hours of their Aussie drama over two nights in what might be another burn-off before the Olympics. Tonight’s episode will be followed on Monday by a double episode season finale.

Pauline Hanson: Please Explain
8.35pm on SBS
This new documentary couldn’t be more timely as it covers the 20 year history of the politician/celebrity reality TV star. Perfectly timed after her recent Senate win, it will be fascinating to see if Pauline approves of the finished product and will she learn from any of the mistakes her party (and advisors) made in the past.

Thirteen
8.30pm on BBC First
New 5-part drama made for the web-only BBC Three about the aftermath of a teenager who has been held hostage in a basement for 13 years. 30 year old show runner Marnie Dickson got her start writing for Hollyoaks (a guilty pleasure) and her first drama went online in the UK in February. It then took over Orphan Black’s timeslot in the US in June where it was marketed as a teen drama.