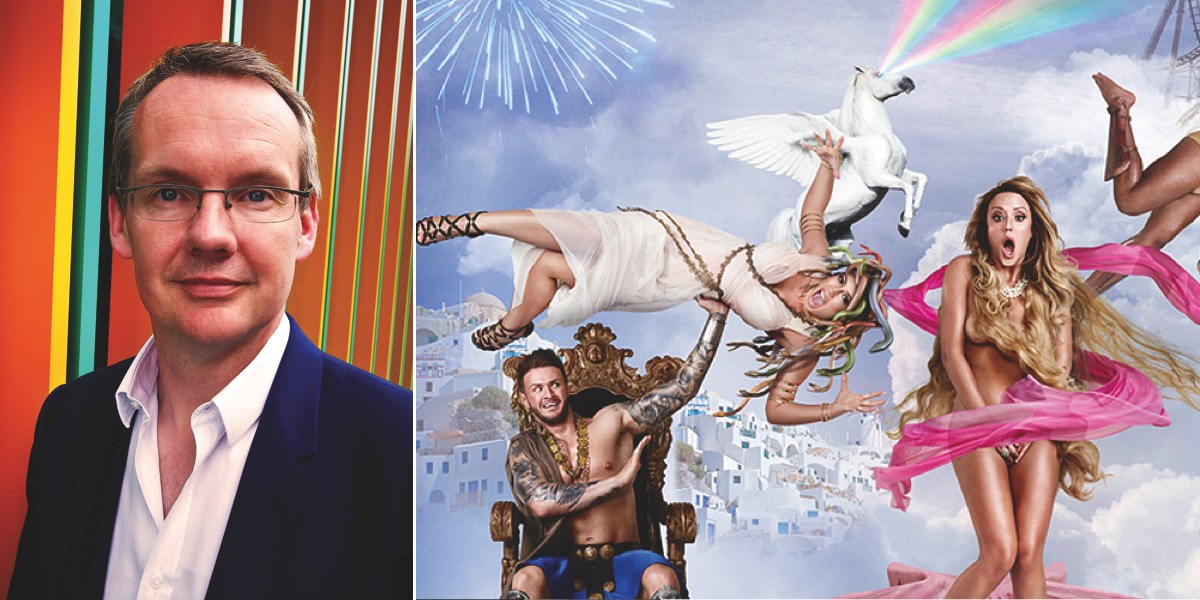 How the UK home of Neighbours and Home and Away helped launch Viacom’s Spike UK.

Viacom’s David Lynn is a regular visitor to Australia in one of his two roles. “I oversee a region that includes a number of countries including Ireland, UK, Australia and New Zealand, Russia, Eastern Europe and Israel. I also oversee content distribution outside of the US,” he told Mediaweek.

Content that Viacom produces works well in most of those countries, said the president of UK, Australia & Eastern Europe and content distribution, Viacom International Media Networks. “There are some markets at different stages though and you can take learnings from some of the more mature markets and apply them to others.”

Content has never been more global though, said Lynn, with simultaneous international release for much programming. “It is becoming more global in that when we produce content in one country our aim is to try to exploit that across multiple countries around the world.

“Jersey Shore for example was our original franchise and we then produced Geordie Shore which played out across our international networks. Equally now there is Acapulco Shore, Warsaw Shore and Ibiza Shore and each one of those may also get shared across multiple markets too.

“That was one of the big rationales behind the Channel Five acquisition last year. We took a big UK broadcaster with a big investment in the UK and we have leveraged that content across our international networks.”

One of Viacom’s recent initiatives is the release of Play Plex apps which sees them going directly to their customers watching on mobile devices, but at the same time doing it in conjunction with their subscription TV partners.

“The pay ecosystem of channel providers like ourselves working closely with platforms like Foxtel has been a winning formula over the last 20 years. We see Play Plex as the next step. The customer is increasingly consuming content on different devices in many different places and we want to work with Foxtel and others to enable people to reach that content in a branded environment. Equally Foxtel has Foxtel Go and we are big believers in Foxtel Go but we will also provide consumers with a Nickelodeon app to use and the customer will decide whichever makes sense for them.”

The traditional revenue streams from the TV platforms remain crucial to Viacom, but they have been diversifying revenue streams for some time, as Lynn explained. “We are part advertising too and for some of our brands, Nickelodeon in particular, merchandising is a significant part of the business. In MTV we have had a successful events business over the past several years.”

It is 12 months since Viacom took control of the UK FTA channel. “We have been integrating the channel into the UK business over the past year. One of the core rationales for buying the business was that it was a big investor in content in a market that has great depth of creative talent and a huge track record of producing content that travels internationally.

• The first co-commission between Channel Five and Comedy Central was the Animals Make You Laugh Out Loud series that has worked so well for Seven.

“Having that scale in the market allows us to launch new services. We brought Spike to the UK this year. It is a successful US network and the first opportunity to roll it out internationally was in the UK which we have done based on a combination of a strong US pipeline plus content from Channel Five. It was a great synergy between the two companies and it allowed us to launch it quickly back in April.

“Spike has been a huge success from day one with a combination of big hits like Lip Sync Battle and some big titles from the UK like Police Interceptors and then some acquisitions like Breaking Bad.”

• The Aussie soaps Home and Away and Neighbours are also screened on Channel Five with Lynn noting they remain significant ratings drivers.

As to the chance of further FTA channel acquisitions, Lynn noted there were particular circumstances that made the Channel Five acquisition attractive. “I wouldn’t say we are out looking for other opportunities. We have a strong presence in the UK and that built on that. It also allows us to use the UK as a base of content production for international.”

As to what’s ahead for the business, Lynn noted Play Plex will be a focus and there will be a major push. “Markets are crying for services like that and we are in a number of discussions under way with operators around the world.”