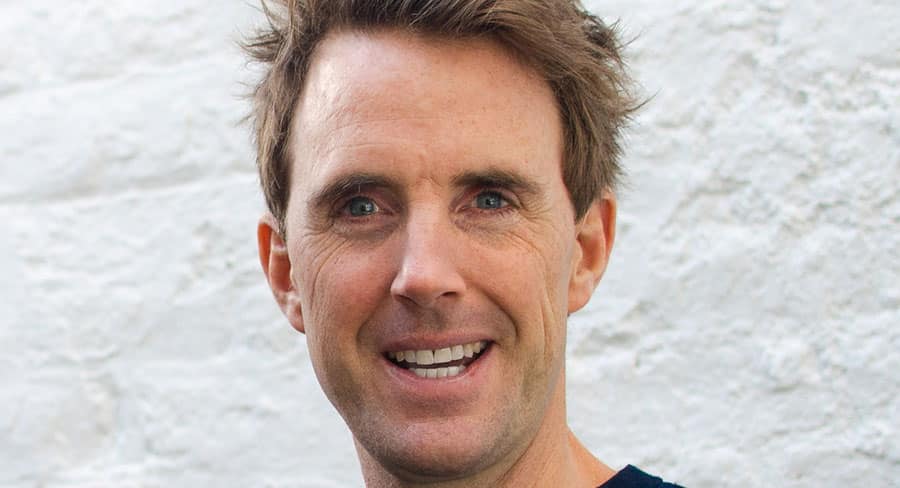 The London-based Parade Media has just had its best year after a significant increased investment in personnel. Founded by Australian Matthew Ashcroft (pictured), his business not just distributes lifestyle and factual programming, it also works on the development, co-production and financing of that content.

Mediaweek visited Ashcroft at the company’s London base in the historic Somerset House in London earlier this year. Events since that meeting have thrown up some unexpected challenges for the business, something that Ashcroft addresses in a more recent discussion we also had with him.

Ashcroft started working in distribution of television programs in the late 90s working with Wendy Hallam and her team at ABC International. He soon moved to Southern Star and then after moving to London worked under Greg Phillips at what was then Fireworks (now Content Media Corp). He later found himself back in Australia, this time at Viacom managing Asia-Pacific program sales.

Ashcroft moved to Singapore, twice, Australia again, some of that time working with Mark and Carl Fennessy at Shine Australia as head of Asia Pacific international distribution. Ashcroft noted the main driver of revenues at the time was the MasterChef format which had been supercharged in Australia. When Shine invested in scripted with hit series like Broadchurch and Hunted the business went to another level.

When starting Parade Media as a UK-based distributor, Ashcroft admitted he didn’t have a lot of money at launch. He networked with the Australian foodies he knew and grew the business. “I focussed on programs associated with winners, runners-up and judges from MasterChef, specialising in food. I approached people to see if they had been planning any programs, telling them we could go out and raise the finance through our international network.

“The first show we got away through that model was Andy and Ben Eat the World for branded content company Projucer. That business has got bigger over the years and they also have Desert Vet on Nine.”

Andy and Ben co-host Andy Allen returns to MasterChef this week, not as a contestant or returning mentor, but as one of three new judges. 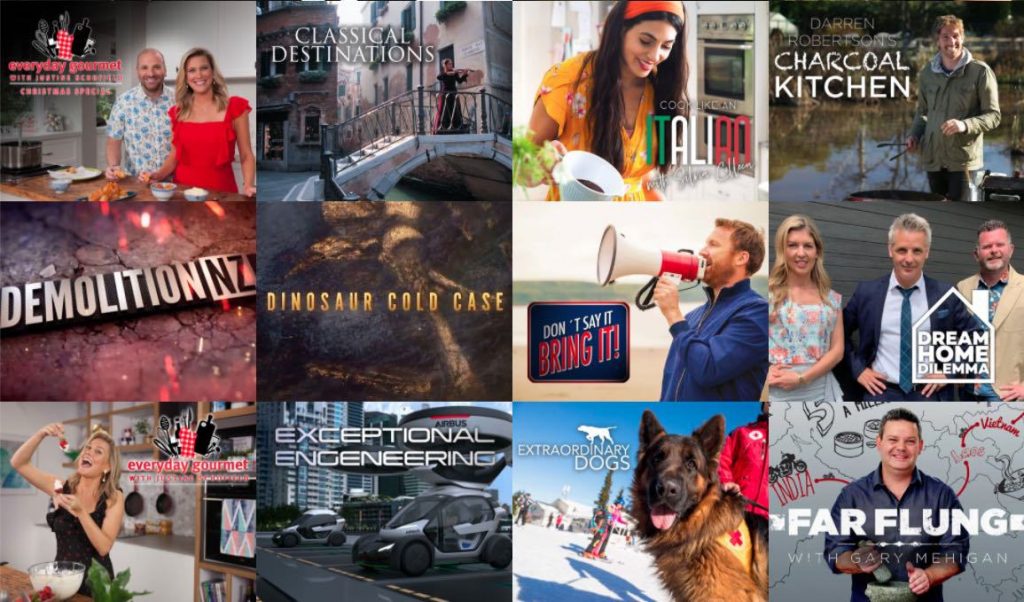 With so much content to sell, Parade set about growing its sales team. “Heike Renner, ex-BBC, was our first big hire and she has been with us ever since,” said Ashcroft. “We how have people in Miami and Singapore. Having people on the ground, intimately understanding those markets, certainly gives us an edge over companies that might run their business out of a single hub.” Other key signings were Mark Caulton (from Mediaworks NZ) as chief content officer, Cesar Diaz who runs Latin America and Jacqueline Tan (ex-Shine, ativeTV) who looks after Asia.

Selling Australian programs globally is the key to Parade’s success with Ashcroft estimating it currently accounts for as much as 80% of Parade’s catalogue. “I am super proud to be flying the flag globally,” said the exec from Sydney’s northern beaches. “We have now extended that to New Zealand where we represent more of its producers.

“We built the business on culinary travel chop and chat with big names. We are now moving into premium factual – wildlife, science, history.” While Parade was unable to get to MIP TV which was cancelled this month, Ashcroft said the two Cannes markets, MIPCOM later in the year is the other, remain crucial for the business.

The merger of bigger global players like Endemol and Shine, and more recently Banijay and Endemol Shine, open up opportunities for smaller players. “For the distribution business at large it has been a turbulent time for everybody with declining revenue in the traditional linear space. That can work for us where big productions find it hard to reduce their production budgets. We are able to work with our producers on creating high value content for maybe as little as a tenth of the cost to what else is out there.”

When Mark Caulton joined Parade he gave the business new insights into content demand. The company also works with producers who have existing series which can be recut to give them a new selling point. “Mark understands the touchpoints that TV buyers look for which can help keep a project on track.”

Recent successful projects include the previously mentioned Desert Vet (Outback Vet outside of Australia) and Jack Stein Inside the Box (Jack is son of Rick Stein) – both from Projucer. Long term relationships with Australian producers include H Squared (My Restaurant in India, Everyday Gourmet) and Abode which specialises in property programming.

“We have about 35 producers we represent. Our producers have around the clock access to buyer conversations. We also supply detailed information on why networks have passed on an opportunity, which gives them an insight into their next production.” 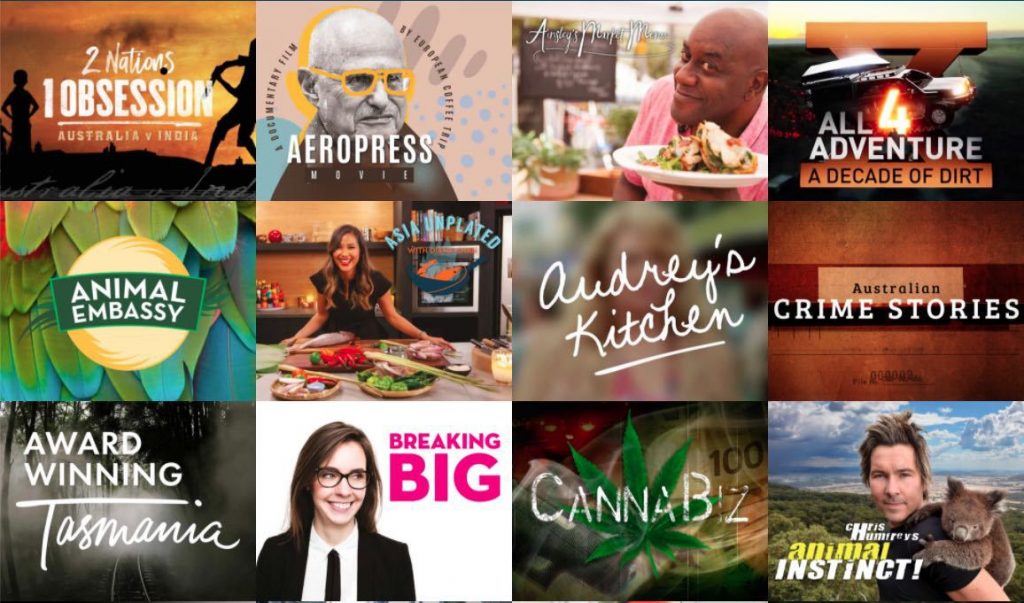 Although the way the audience consumes media is changing, Ashcroft said linear pay TV and FTA still accounts for over 90% of Parade revenues. “We are working with the AVODs more plus Amazon and Netflix. Traditionally pure lifestyle content was something Netflix didn’t do, but that is changing with premium lifestyle content also moving to streaming services. They will be a bigger part of our future.”

Parade is always looking to diversify both the types of content and its revenue streams. With a view to the latter, it took a 10% stake in the Outdoor Channel last year. Outdoor Channel in Australia has a deal with Seven where it sits as a linear channel on 7plus. Parade runs a programming block called My Life on the channel. “The channel is in 35m homes across 19 countries. The biggest markets are Malaysia, Philippines and Indonesia.” Ashcoft is an Outdoor Channel board member.

Recent challenges the business has had to deal with since the spread of COVID-19 are impacting the TV sector globally.

“Ad rev and production delays are the most severe challenges we are facing but there is an opportunity to focus on corona-proofing content,” said Ashcroft last week.

“Punching through this period is the primary aim and then we look to rebuild on the other side. The most important thing for distributors now is to be empathetic to the needs of our broadcast partners, being nimble and flexible as we navigate these uncharted waters together and get through to the other side.

“We have focussed on a rich archive and contributor led originals more recently with three such shows in pre-production here in the UK. These shows will deliver at the end of the year when broadcasters will need new, premium factual content to backfill slots due to delays in drama production and sport.”

Ashcroft spoke frankly about the last month: “Whilst the ass has fallen out of the ad market globally and content spend has been hit across the board, we are still creating opportunities with our partners and providing premium high-end cost-effective originals and finished tape. Dubbing is an issue in the key European markets which is causing delays so there is an increased focus on existing content that we have dubs readily available. There has never been a better time to pivot.”