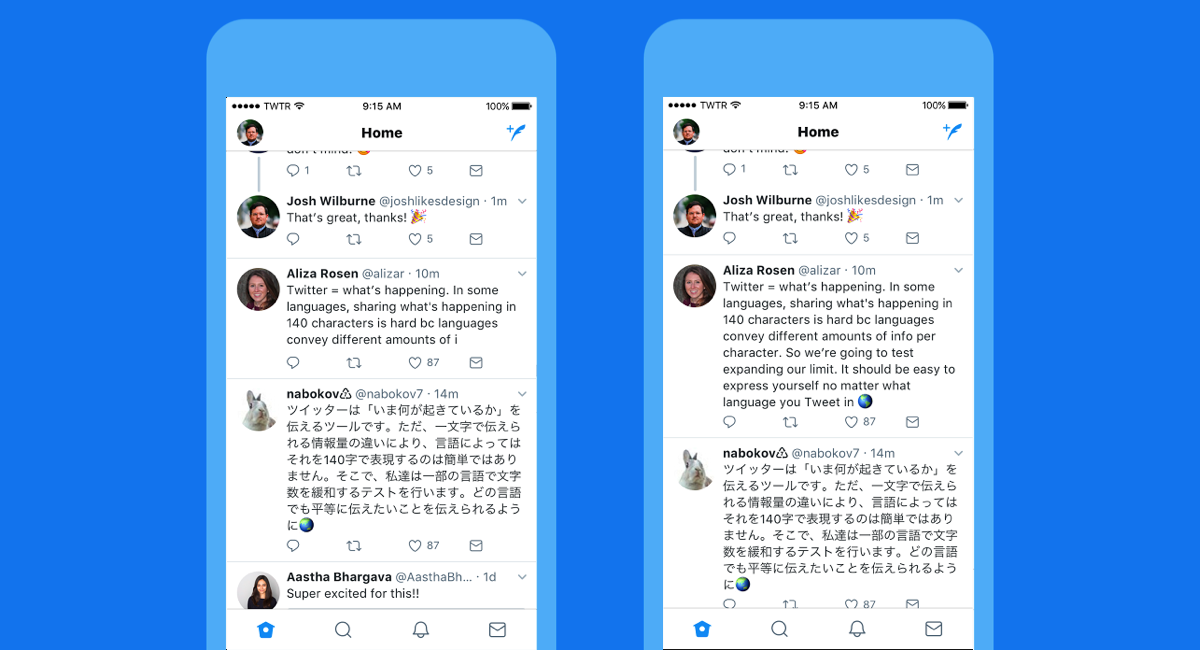 Twitter doubles the character limit for tweets from today

Twitter is moving away from its well-known 140-character limit. The social media giant announced that it is doubling the character limit for tweets to 280. The change will come into effect for users in most languages today.

The announcement follows a recent trial, which found that the increased character limit made it easier for people to express themselves.

Twitter product manager Aliza Rosen said in blog post: “We saw when people needed to use more than 140 characters, they tweeted more easily and more often.”

Previously, 9% of tweets composed in English hit the character limit. This meant that people were spending more time editing the tweets than writing them before hitting the send button. This resulted in some tweets not being sent. The increased character count should address this issue, Rosen said. The experiment found that with the 280-character limit only 1% of tweets exceeded the count. “Since we saw tweets hit the character limit less often, we believe people spent less time editing their tweets in the composer,” she said. “This shows that more space makes it easier for people to fit thoughts in a tweet, so they could say what they want to say, and send tweets faster than before.”

For those worried about the brevity nature of the platform with the change, Rosen said the increase in character count will have no impact on the user experience – the majority of participants in the experiment didn’t exceed 190-characters. To put this into context, tweets with an image or poll usually take up more space in a timeline than a tweet that is 190 characters long.

Speaking about the findings from the trial, Rosen explained: “Only 5% of tweets sent were longer than 140 characters and only 2% were over 190 characters. As a result, your timeline reading experience should not substantially change, you’ll still see about the same amount of tweets in your timeline.”

In the early days after the 280-character limit is rolled out, Rosen expects people will much write longer tweets than normally would, but the user behaviour will return to normal once the novelty phase has worn off. “We’ll definitely see some of this novelty effect spike again with this week’s launch and expect it to resume to normal behaviour soon after,” she said.

The increased character-limit for a tweet is also expected to have a positive impact on engagement and increase the time a user spends on the platform.

The Japanese, Korean and Chinese languages will continue to have the 140-character limit. This was because “cramming is not an issue in these languages”, Rosen said. “In fact, these languages have always been able to say more with their Tweets because of the density of their writing systems.”