A dozen new collaborations were announced

“We could not be prouder of the success we have achieved so quickly since launching live streaming premium content. Last quarter, we streamed over 800 hours of live premium content from leading brands across sports, esports, news, and entertainment,” said Noto. “Adding these 12 new live deals tonight is a testament to the success of our only-on-Twitter experience, combining high quality streaming video with our only-on-Twitter conversation.”

Attendees were given an overview of the different ways marketers can “be what’s happening” by advertising against premium live video content to influential, connected audiences. New original and live programming announced on stage included the following: 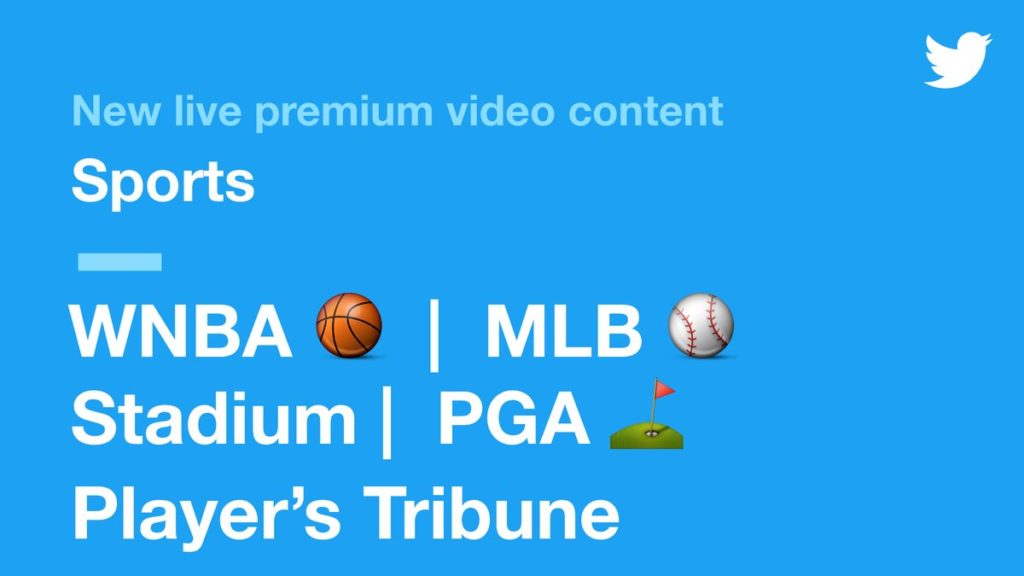 WNBA: Starting later this month, for the first time the WNBA will live stream a weekly regular-season game on Twitter (20 total per season) during the 2017, 2018 and 2019 seasons. Twitter will deliver live action of the best in women’s basketball and the best in fan conversation about each game all on one screen – available in Australia from May 14.

MLBAM: In addition to weekly live MLB games that stream on Twitter this season, a new three-hour once-weekly MLB program will live stream exclusively on Twitter. The whip-around show will feature live MLB game look-ins and highlights, and tap into the power of Twitter by delivering those top moments and discussing MLB storylines as they’re trending in real-time. Stay tuned for more information regarding timing and talent – available in Australia. 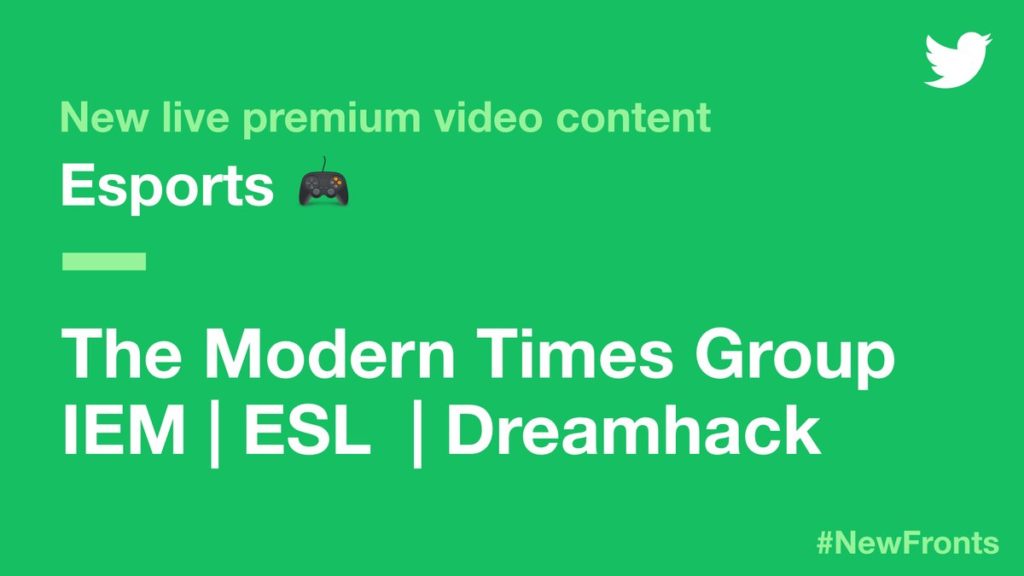 STADIUM: A new, original, fully programmed, 24/7 linear experience will stream live on Twitter in the coming months. This network will integrate exclusive live collegiate sporting events, extensive highlights, classic games, and daily live studio programming. Combining the production quality and editorial values of TV with the speed, accessibility, and interactivity of Twitter, STADIUM infuses real-time, fan sentiment and feedback into every sports conversation, covering the topics that matter most to sports fans as they happen.

The Players’ Tribune: #Verified, a modern forum for athletes to connect directly with fans, will be a live show, exclusively on Twitter, featuring athletes answering fan questions and sharing their insight, reactions and timely takes on important topics on and off the field. Driven by Twitter and fan-submitted questions, the series will debut in the coming months and will feature regular interviews from some of the most popular players across sports, including Karl-Anthony Towns, A.J. Green and Richard Sherman – available in Australia in the coming months.​

PGA TOUR: Building upon the current live stream relationship between Twitter and PGA TOUR LIVE that features more than 70 hours of live competition coverage across 31 tournaments, the PGA TOUR will live stream 360 video of the iconic island 17th hole at TPC Sawgrass during THE PLAYERS Championship (from May 11-14) on Periscope and Twitter – available in Australia, May 11 – 14. ​ 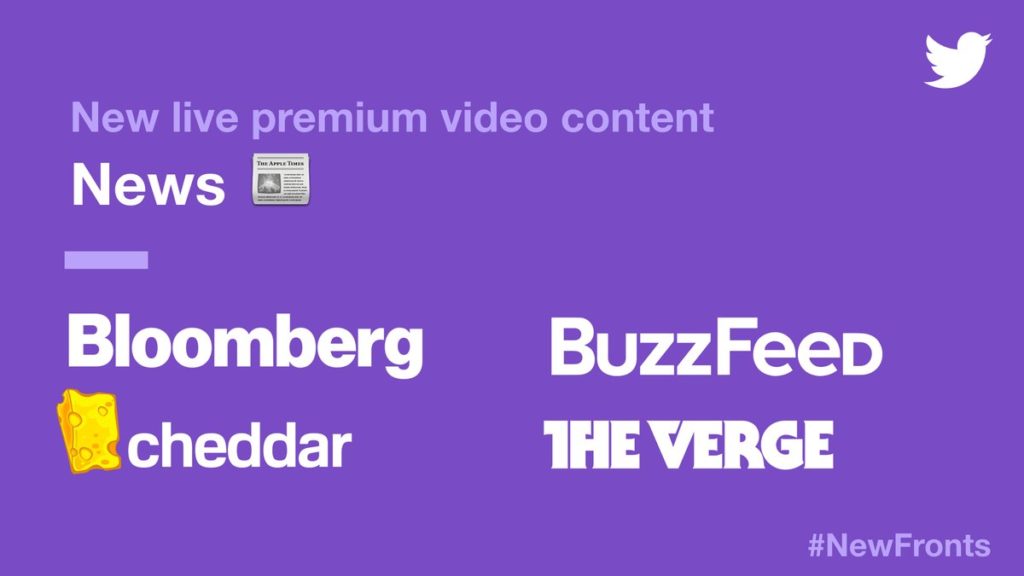 Bloomberg Media: Bloomberg will debut the first-ever 24/7 breaking news network that will be global, live, social and exclusively on Twitter. The new live streaming news network, to launch this fall, will combine the vast global editorial and newsgathering capabilities of Bloomberg with the digital power, conversation and speed of Twitter — available in Australia later this year.

The Verge: Coming this fall, Circuit Breaker: The Verge’s Gadget Show is a weekly live program that will review and experiment with the hottest gadgets everyone wants right now, and the weirdest ones we’ll want tomorrow, hosted by The Verge’s Nilay Patel –available in Australia later this year.

BuzzFeed News: MorningFeed, a brand new morning news and current events show broadcast on Twitter by BuzzFeed, will reach an audience that wakes up hungry for the latest in fire Tweets. Hosts will bring news and memes to the audience where they are – on their timeline – from reporters in the field to special guests on set – available in Australia later this year. 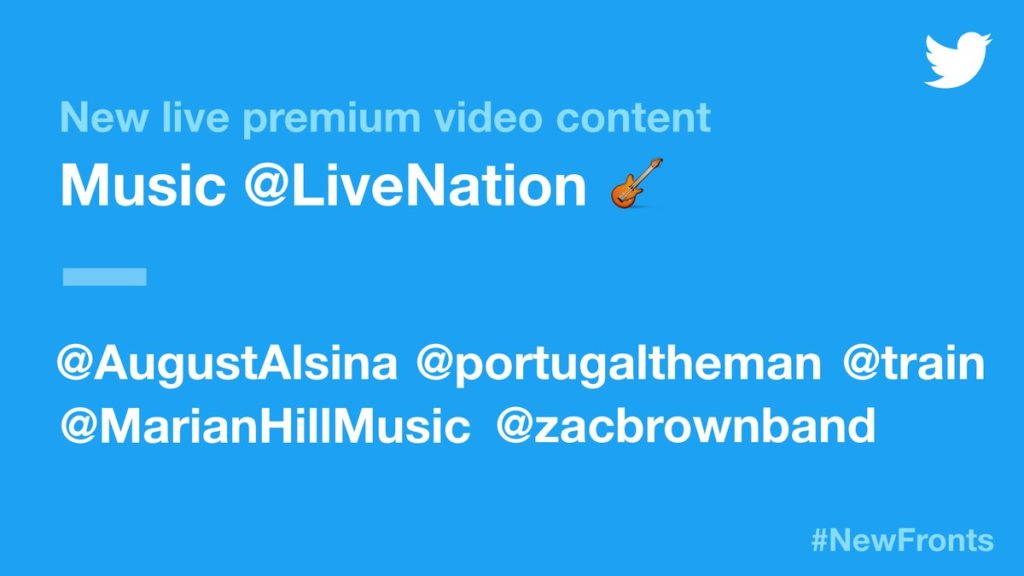 Live Nation: Live Nation will deliver select Live Nation concerts and original content exclusively on Twitter. The concert series launches on Saturday May 13 with a live stream of the three-time Grammy-winning multiplatinum Zac Brown Band. The event kicks-off their highly anticipated new album “Welcome Home” (Elektra/Atlantic) and their 2017 tour in their hometown of Atlanta on a sold-out opening weekend at Verizon Wireless Amphitheatre at Encore Park. Grammy Award-winning San Francisco rock band Train, Portugal. The Man, August Alsina and Marian Hill will also live stream one of their upcoming shows. Additional artists will be announced at a later date – available in Australia from May 13. 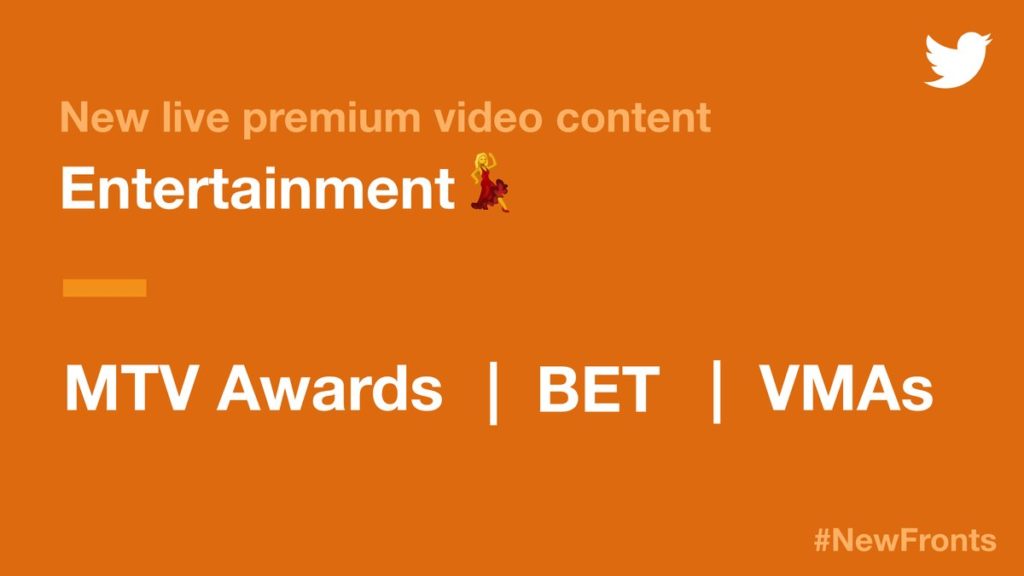 Propagate: #WhatsHappening is a daily, entertainment-driven, primetime show on everything in the world that embraces Twitter’s unique conversation. See every side of pop culture, music, binge-worthy television, celebrity Tweets, and top trending discussions as they unfold around the globe — available in Australia later this year. 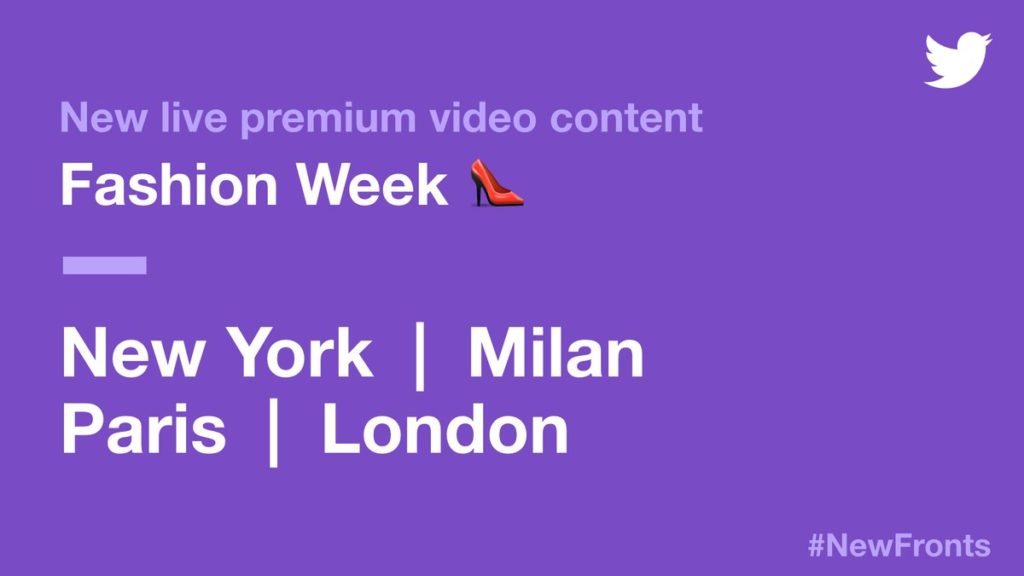