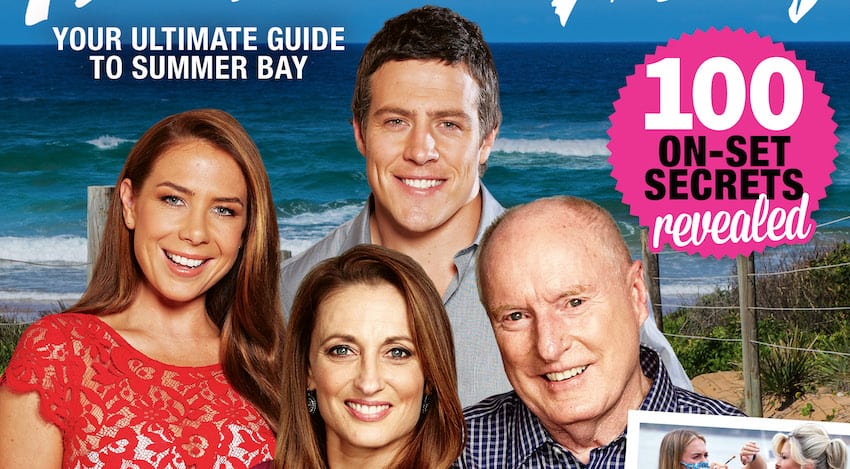 Seven’s daily Aussie drama Home and Away is having a great start to 2021. After 33 years Australia’s most successful soap opera is still entertaining audiences here and around the world.

TV Week magazine has devoted many covers to the series over those three decades. Most recently the March 18 edition featured news about a secret lovechild bombshell that is set to rock Summer Bay. “The TV Week Home And Away Collector’s Edition has been on sale less than two weeks and is already exceeding sales expectations,” editor Giles told Mediaweek. “It is 100% up on sales from the last one-shot magazine we released which was the Friends Collector’s Edition.

“Home and Away has a strong fan base in Australia, and our TV Week readers are clearly keen to have a keepsake on their shelves to look back at the moments that made us laugh and cry over the last 33 years.

“The TV Week team had a lot of fun putting this together, digging up our own archives to make sure we had all the key moments from the show – Kate Ritchie’s first day on set as Sally Fletcher, the love story of Angel and Shane and the mania that was the arrival of The River Boys to the Bay.”

The issue is still available for the rest of March in all supermarkets, and a further extra month exclusive to newsagents.

Giles added: “In terms of our weekly TV Week magazine, we have seen terrific sales in the last 12 months with our readers really responding to a variety of Australian stars gracing the cover. It was exciting to see many people have their first-ever TV Week cover, such as Shaynna Blaze, Claudia Karvan, Kate Jenkinson , Barry Dubois, Miguel Maestre and of course Bluey!”