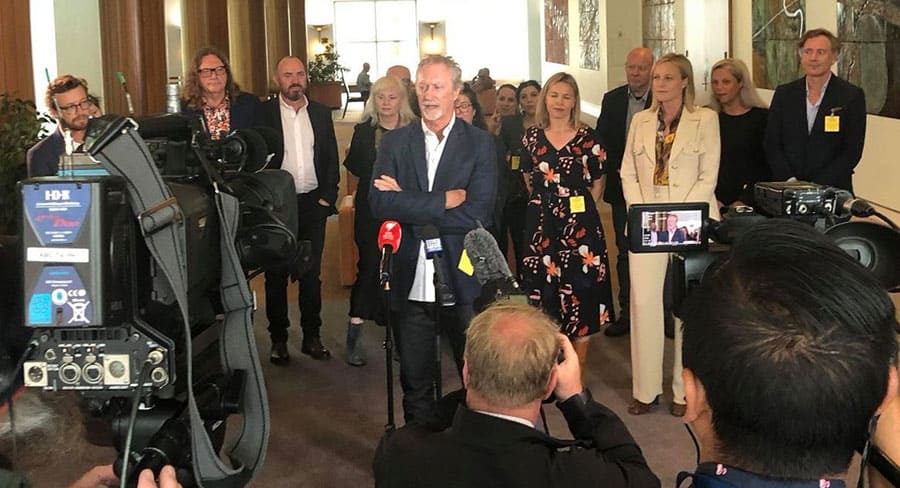 News Corp Australia announced on Tuesday it had signed a multimillion-dollar deal with Facebook for use of news articles from publications such as The Australian, The Daily Telegraph and the Herald Sun and videos from Sky News Australia.

Nine, the owner of The Sydney Morning Herald and The Age, has also signed a letter of intent with the tech giant for use of its news articles, according to industry sources who could not speak publicly because the negotiations are confidential.

The agreements follow months of difficult negotiations between media companies and the $US780 billion (AU$1 trillion) social media giant and were struck after it changed previously non-negotiable “poison pill” clauses in contracts that would allow the tech giant to walk away if it was required to comply with the media bargaining laws.

The high-profile Sydney criminal lawyer Chris Murphy was portrayed by a newspaper columnist as being “past it, decrepit and over the hill”, his defamation hearing has been told, reports Guardian Australia.

The meaning overwhelmingly conveyed by the Daily Telegraph article was that he could no longer represent the interests of his clients, his barrister, Sue Chrysanthou SC, said in the federal court on Tuesday.

The October article, by the columnist Annette Sharp, suggested “he is too old and deaf and can’t even get to court”, Chrysanthou said in her opening address to Justice Michael Lee.

Murphy is suing the News Corp newspaper and the columnist for defamation, claiming the article portrayed him as “so ravaged by age” he was unfit to practise.

The 85-year-old is battling an infection and needs a procedure after being admitted to hospital last week.

Laws’ personal assistant Jodee Borgo revealed this morning that the radio legend is “in good spirits and coping well.”

With a growing consensus that Australian content rules must keep up with the public’s appetite for on-demand and streaming services, the star-studded delegation included top screen producers, writers and technicians who met with politicians from all parties to ensure Australian stories continue to be told on Australian screens.

The visit is part of the Make It Australian campaign backed by MEAA, the Australian Directors’ Guild, Australian Writers’ Guild, and Screen Producers Australia.

For the last four years Make it Australian supporters including Hugo Weaving, Judy Davis and Deborah Mailman have lobbied Canberra to urge action on local content rules, argue for the retention of competitive incentives to support local film production in a global market and sustainable funding for public broadcasters and Screen Australia.

When the group met with MP Anthony Albanese, the leader of the Australian Labor Party told them: “We need local content quotas for streaming platforms. We need to support Australian stories.” 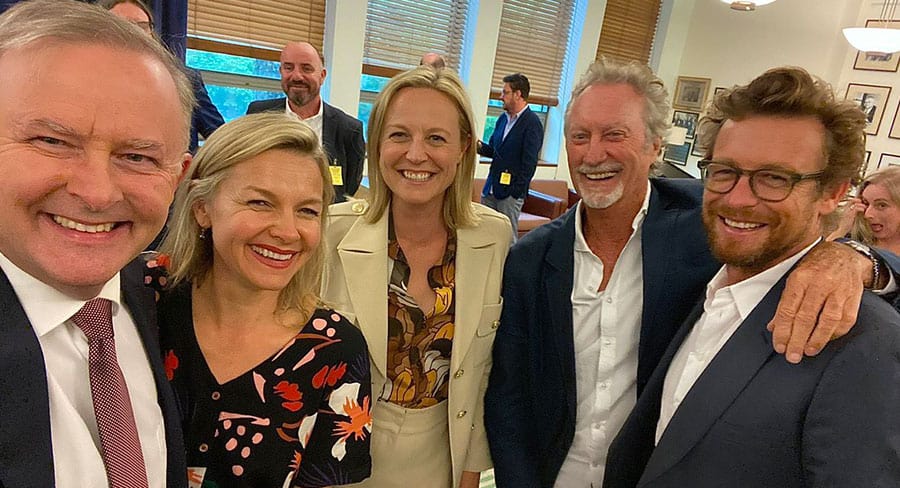 Michael Gudinski’s State Memorial: How to get a ticket

Despite Gudinski’s incredible success as a tour promoter, the event will not run as a concert rather a tribute with speeches and performances celebrating the life and career of the Australian music industry icon who passed away on March 2.

And while it is not being a concert they will be the hottest tickets in town with rumours continuing to swirl international superstar Ed Sheeran will attend the memorial to pay a special tribute to his mate.

The series follows Ben’s journey from suburban Melbourne to the Israeli Defence Force, before joining the world’s most feared intelligence agency.

Prisoner X is a passion-project for Live Wires’ Stephen Corvini, whose recent credits include the International Emmy Award-winning Safe Harbour, Hungry Ghosts, and Secret City 2 – Under the Eagle. 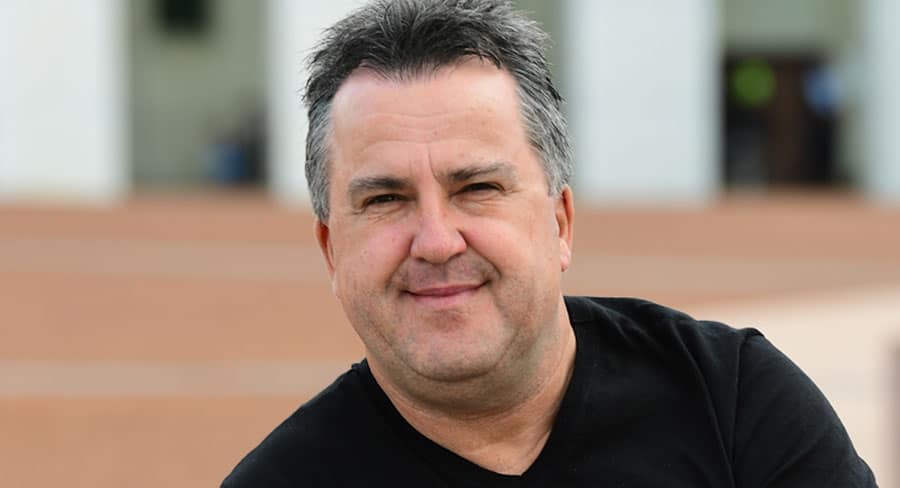 Screenwriter Giula Sandler is attached as lead writer. Her recent credits include White House Farm (New Pictures for ITV), Glitch (Matchbox Pictures for ABC), Bloom (Playmaker for Stan), the AWGIE nominated episode of ABC’s Grace Beside Me, A Place To Call Home, and the Blackfella/Werner series Ready for This for ABC. Giula co-script produced NBCU/Matchbox’s Nowhere Boys II which was nominated for an International Emmy as well as an AACTA award.

Executive producer Stephen Corvini said: “Prisoner X is a story without peer that I’ve been waiting to bring to the world for some time. Now with Fremantle and Abot Hameiri as production partners I know we’ll be able to tell this extraordinary story with the expertise, talent and support it requires, and above all humanity.”

Chris Oliver-Taylor, Fremantle CEO Asia Pacific, said: “We are thrilled to work with our friends Abot Hameiri and Stephen Corvini on this ground-breaking story. Coupled with Giula Sander writing and the man who broke the story in Australia, Trevor Bormann, as part of the development team, Prisoner X is a thrilling and nuanced character drama, and it’s the perfect project for an Australia-Israel co-production.”

No broadcaster is yet associated with the project.

Hunter has worked with both the BBC Natural History Unit and National Geographic, amongst others. Most recently, for the BBC he was a producer/director/writer on Seven Worlds, One Planet and Planet Earth 2, as well as series producer on Wild Arabia and principal director on Frozen Planet. For National Geographic his credits include Hunter & Hunted and Cliffhangers, both of which he also presented. His projects have won 12 Emmy Awards and eight BAFTAs. 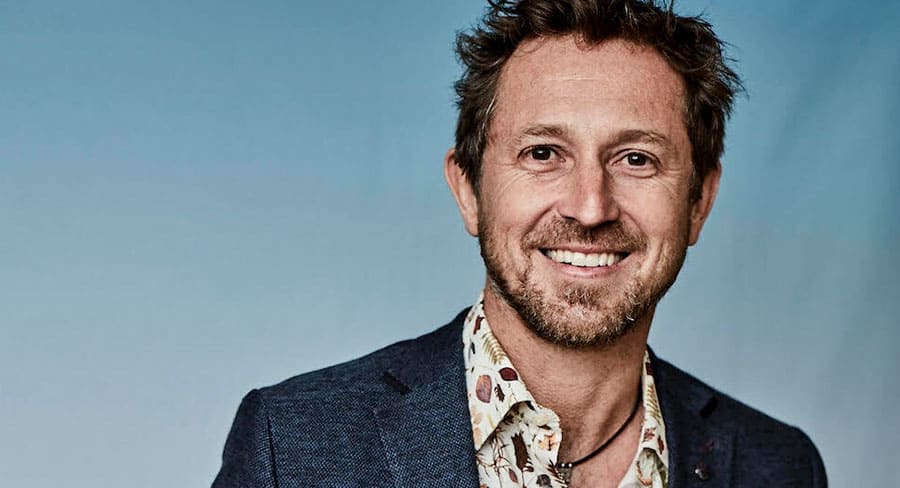 “There is a tremendous appetite for beautifully produced natural history at the moment, especially if it takes us to new worlds and shares unique stories, as with Playing with Sharks”, said Michael Tear, WildBear Entertainment’s CEO. “We are thrilled to welcome Chadden to the team. His appointment not only gives us an additional resource to capitalise on this current demand but also, more importantly, he brings extraordinary expertise from working all over the world at every stage of the creative process, from operating cameras to directing, producing and presenting.”

Dr Chadden Hunter said: “I am super-excited to be joining forces with WildBear Entertainment for the next stage of my career. I’ve been a fan of their work for years and it’s great to be back on home turf in Australia. I can’t wait to get stuck in with the team to enhance WildBear’s natural history output still further. We’ll be working on ambitious new programmes for new outlets, to be enjoyed by audiences all over the world.”

Seven West Media look set to clear the first hurdle in its legal battle with Cricket Australia to access thousands of emails and documents which lays the heart of an attempt by the broadcaster to claim relief for disruptions to the cricket season, reports News Corp’s David Ross.

In the high stakes courtroom drama, Seven West was expected to win its bid for the case to be held in the Federal Court.

Lawyers for Cricket Australia had been seeking to argue the court did not have the jurisdiction to hear the case between Seven West and the sporting body.

If found in the broadcaster’s favour this would mean the court would then hear the discovery application by lawyers for Seven West that could open the door to a trove of thousands of emails and documents sent and received by Cricket Australia.