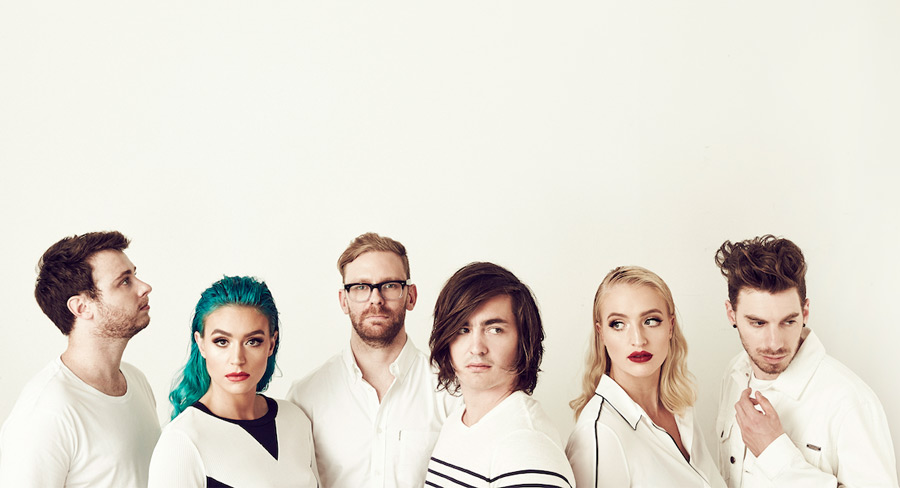 Mediaweek editor James Manning takes a look at the ARIA Charts for the week starting June 11.

• Singles: 5SOS do it again… four weeks at #1 with ‘Youngblood’
• Albums: Sheppard scores first #1 with second album ‘Watching The Sky’

The 5 Seconds Of Summer army will be justifiably proud of their band as the title track from their new album, Youngblood, spends a fourth week on top. Have the 5SOS fans worked out what it takes to keep a tune at the top of the charts and how many more weeks they could keep it there? Outside of Australia there has been good news too with the song also #1 in New Zealand and it climbed into the Billboard Hot 100 at #96 this week.

Two artists managed to ease into the top 10 this week:

Peking Duk hits a new high a week after their State Of Origin performance with Reprisal jumping from #52 to a new chart peak of #35 after five weeks.

Just two new releases made it onto the chart this week in the lower rungs of the top 50: Six new albums landed in the top 50 this week, three of them cracking the top 10.

It’s also a week that features a not-too-regular occurrence – #1 single and #1 album are both Aussie!

Sheppard are the Aussie conquerors of the ARIA Album Chart with their second album, Watching The Sky, which becomes their first #1 album. Their debut album Bombs Away got oh-so-close, peaking at #2 in July 2014. Ray Hadley was perhaps an unlikely Sheppard fan this past week, which helped them to secure top spot. The band managed 21 minutes with the ratings machine on 2GB last week during which time they joked with Hadley and played two tracks from the album.

Watching The Sky is the fifth Australian #1 album so far this year – can anyone else manage it in the two weeks left in the first half of calendar 2018? There should be another next week perhaps.

The other new albums on the chart this week:

#4: Kids See Ghosts with a self-titled debut for the duo, which is made up of Kanye West (who was #1 here last week with Ye) and Kid Cudi.

#8: Lily Allen with No Shame – the fourth album from the UK singer-songwriter, who admits her previous album Sheezus was something she made for her label. This new set has been getting good reviews as it documents some milestones in her life including depression, divorce and motherhood.

#13: Jorja Smith with Lost & Found – the debut album from the British R&B artist. She had a track on the Black Panther soundtrack (written with Kendrick Lamar) and has worked with Drake and Khalid.