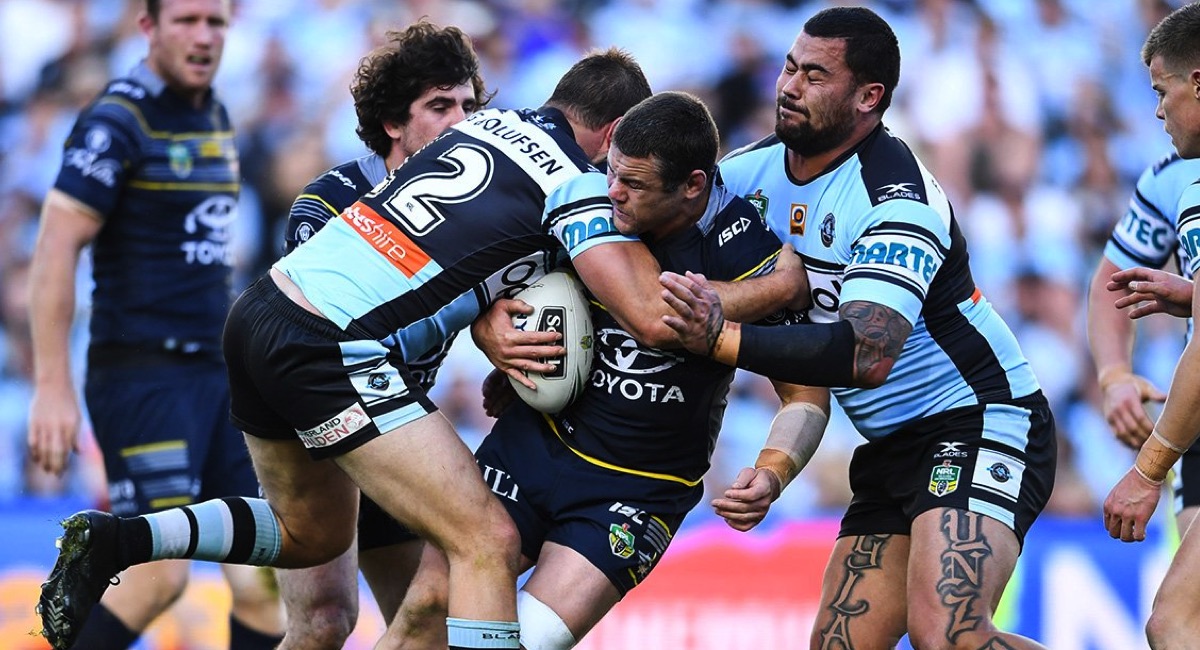 • NRL Final goes into overtime and sets Nine up for best Sunday since Ninja
• The Block judges give contestants a zero which turns into a Nine winning score
• Little Big Shots pulls over 1.2m but not able to win the timeslot on a big Sunday
• Still in third place, but TEN records best Sunday share in six weeks

Little Big Shots featured an archer, goat milker, knife thrower, polyglot, frisbee trickster and rock ‘n’ roll guitarist. And these are all kids! The show did 1.23m, which would normally be a timeslot winner and enough to push the channel to top spot. That didn’t happen last night though as Seven’s next best was over 200,000 behind – Seven News on 1.07m.

Sunday Night featured super recognisers – people who can never forget a face. Also on the episode, host and reporter Melissa Doyle spent time with Jessica Clark to hear about her dissociative identity disorder. The episode did 796,000 after 747,000 last week.

The channel then broadcast the documentary I Am Heath Ledger, which featured originally filmed interviews, archival footage, home movies and family snapshots of Heath. The doco just made the top 20 with 271,000.

Nine’s NRL elimination final between Cronulla and North Queensland was all tied up at 6pm on 14-all meaning the game had to go into extra time. That of course was good news for the channel despite cutting into the news hour. The audience surged at 6pm helping push the audience for the 6pm hour to 1.41m across the network with just under 500,000 in Sydney. It was the highest-rating news bulletin of the year.

The Block offered up one of its biggest-ever controversies – and that is quite an achievement for a show now in its 13th season. That was a big deal for the audience with a record crowd of 1.70m watching the Sunday episode – the biggest Block audience in over three years when 1.866m were watching on April 6, 2014. The Sunday audience could set the tone too for kitchen week, which always delivers good content and audience numbers. The big fuss last night centred around Jason and Sarah who didn’t finish their space in what was billed as the biggest week ever on the series. The couple were threatened with expulsion from the show and the judges each scored them a zero – the first time a score that low has been recorded. Jason and Sarah know of course that the real judgment will come on auction day. The controversy last night took the spotlight off Josh and Elyse who managed to win the week with an impressive score of 28.5 out of 30.

Olivia Newton-John was talking to Karl Stefanovic on 60 Minutes, which delivered a big crowd of 976,000 after 773,000 last week. The last time the show managed 1m was back in mid-July.

Guy Sebastian was the special guest at the end of The Project. The hosts were Dr Chris Brown and Sarah with Rachel Corbett again on the desk along with Nova’s Tim Blackwell. Sebastian’s appearance ended with a question about Eurovision Asia with the singer claiming he didn’t even know there was a Eurovision Asia. The Project 7pm did 340,000 after 310,000 a week ago.

Betrayal ran rampant on Australian Survivor as the contestants continue to dwindle. After tribal council digital, advertising producer Peter Conte was voted out. The first of two episodes this week did 603,000, which was up a little on 574,000 last Sunday.

Sherlock has taken over the 8.30pm slot with the first episode, The Abominable Bride, on 478,000.