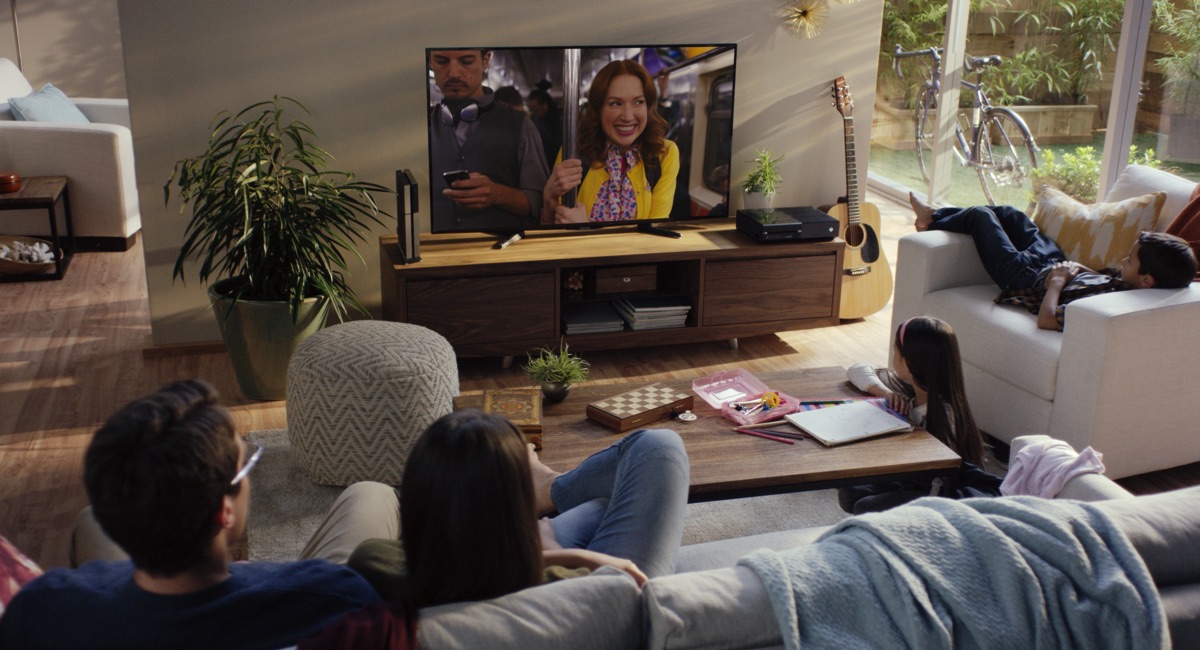 “TV emerged as the most efficient media channel”

A $1 million study by marketing analytics firm Ebiquity has found that TV is the most efficient media channel when indexed across key participants from four of the economy’s biggest sectors: Fast Moving Consumer Goods (FMCG), Automotive, Finance and E-Commerce.

ThinkTV has released details of the report: 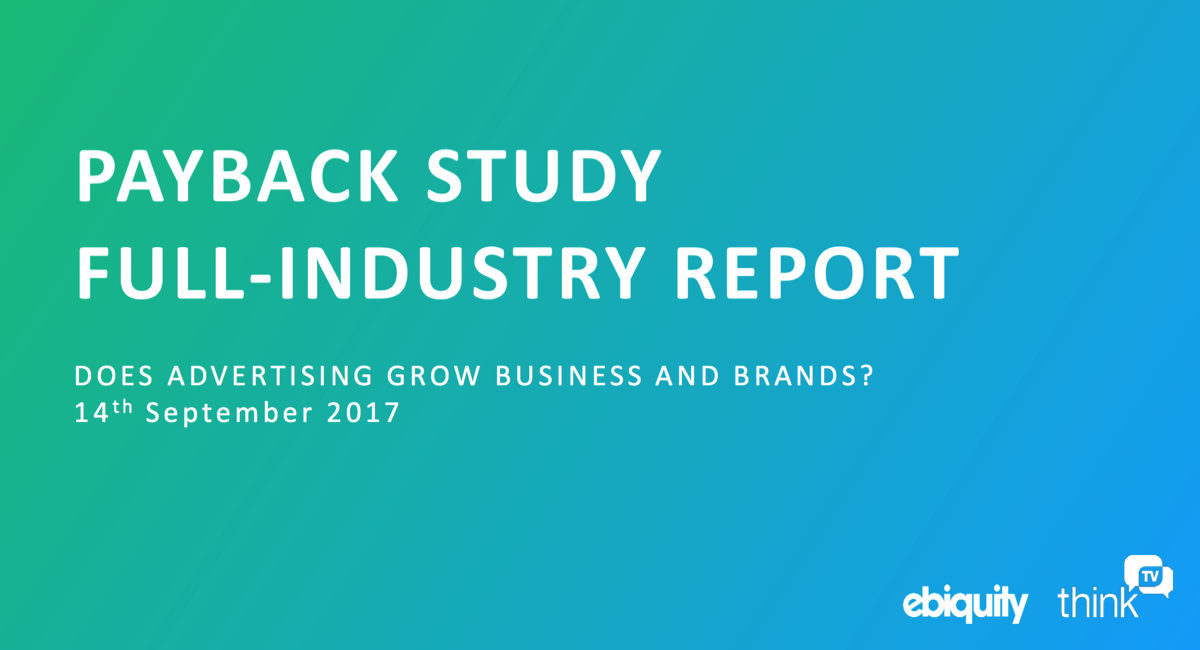 Ebiquity, which was commissioned by ThinkTV in 2016 to carry out the Payback Australia study, was given three years’ worth of raw sales and campaign data by 21 advertisers with a collective spend of over $500 million in 2016. Ebiquity then used econometric modelling to generate a series of findings, including:

• Media’s investment paid back for all four sectors, generating an average sales ROI of $1.30 for every dollar invested by FMCG participants, $5.90 for Automotive, $1.80 for E-Commerce and $2 for Finance participants.

• TV has the strongest retention rate (the prolonged or lagged effect of advertising on consumer purchase behaviour) of all media, followed by Out-of-Home, Print, Online Display, Radio, Search and Online Video in that order, with TV’s retention rate, at 68%, almost twice as high as Out-of-Home, at 36%.

• TV generated by far the greatest return on investment by sales in FMCG, Automotive and Finance but trailed other media in the E-Commerce category – where Search proved to be a critical sales component.

• Ebiquity concluded that participants in the Finance category had over-invested in Online Display on average, which was a large part of their combined media spend but which generated the lowest ROI.

• Online Video however, successfully paid back in the Finance category, generating $1.10 of sales uplift for every dollar invested. 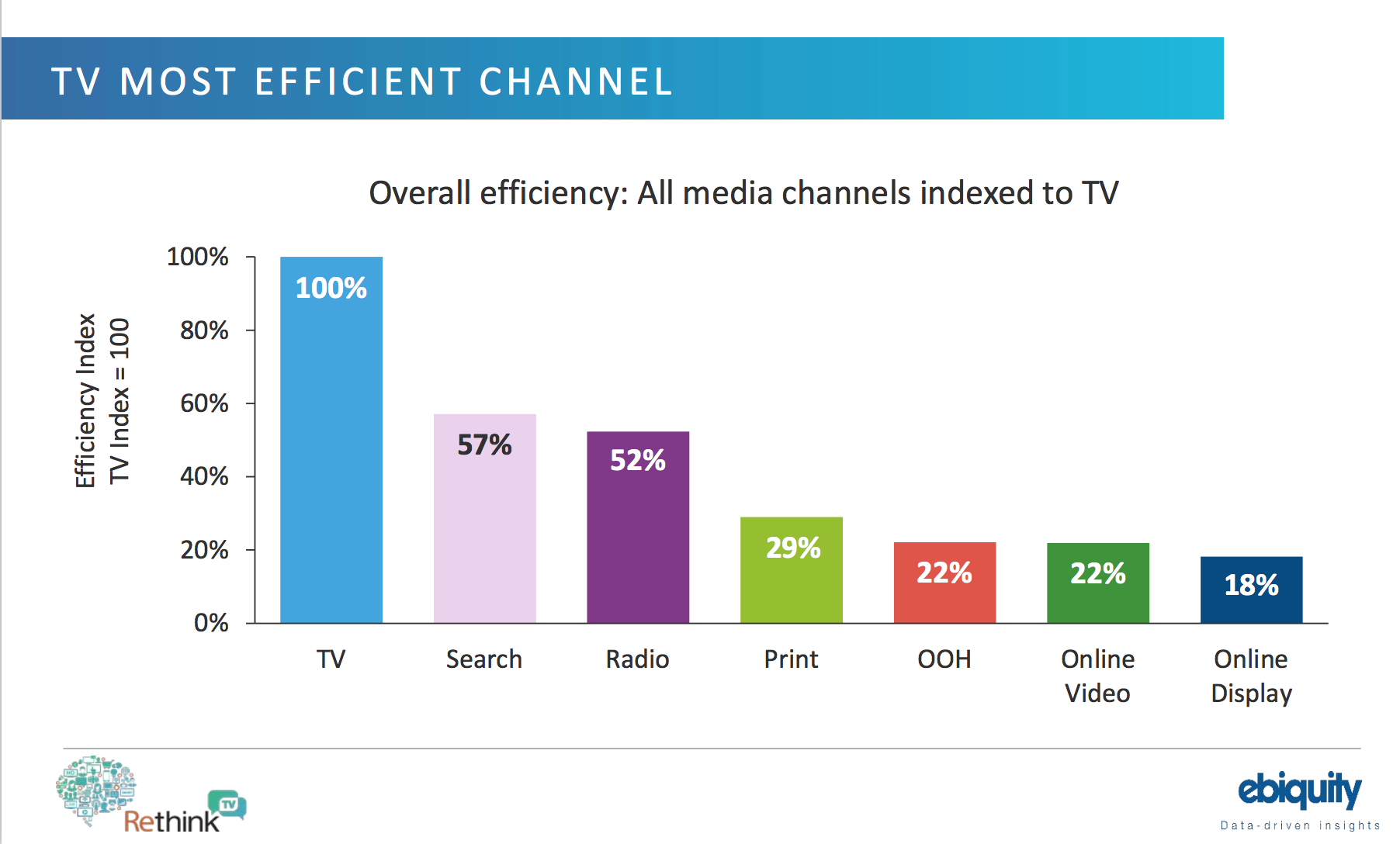 Ebiquity’s results, which will be unveiled in full by Richard Basil-Jones, managing director of Ebiquity – Asia Pacific, at ReThinkTV in Sydney on September 14, provide unprecedented quantitative insights into the effectiveness of Australian businesses’ $15 billion–plus annual media spend.

Basil-Jones, said: “We know from the World Federation of Advertisers’ survey earlier this year that one of the most pressing issues for CMOs is the ability to measure business outcomes in an increasingly complex and fragmenting media and marketing landscape.

“The results of Payback Australia are designed to meet those needs. ROI is a critical measure for advertisers and although it varies by sector, the order of efficiency by media channel is similar. On aggregate TV emerges as the clear winner across all of industry, which is a testament to its enduring power for brands.

“The E-Commerce category showed the importance of Search as a key driver of sales. This reflects the pure-play online nature of the businesses we measured. However, it is important to highlight the role that advertising plays in driving traffic to the Search platform itself, as a major business you cannot live on Search alone and TV is the most effective media to support Search.”

The first wave of Payback, which took raw data from advertisers including Unilever, Pfizer, Kimberly-Clark, Lindt, Goodman Fielder, Sanitarium and McCain, showed that TV creates by far the best return on investment for FMCG brands in Australia, easily beating online video, online display, radio, press, and outdoor advertising. Every $1 invested in TV advertising generated a return of $1.74 and TV was the only media in the study that generated a positive revenue ROI for the nine participating brands.

The second wave, featuring four automotive brands, found that TV delivered almost twice the ROI as the nearest competitor, Radio, and almost three times as much as the next, Search, with every dollar invested in TV advertising generating a sales return of $8.90, also beating Online Display and Out-of-Home.