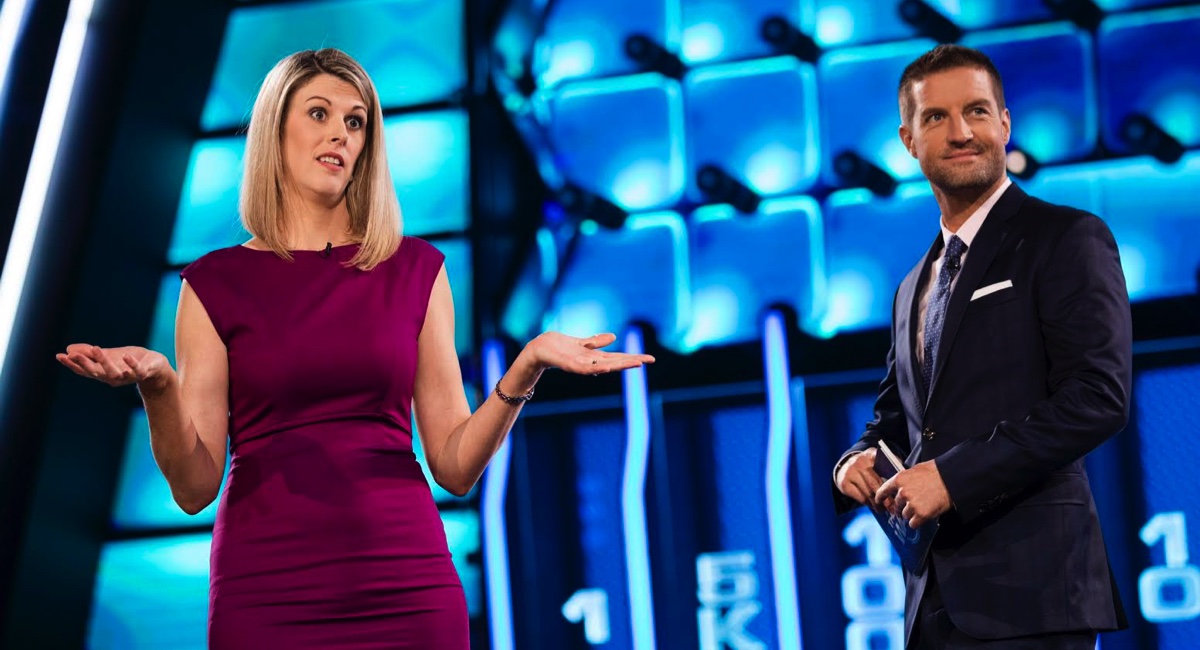 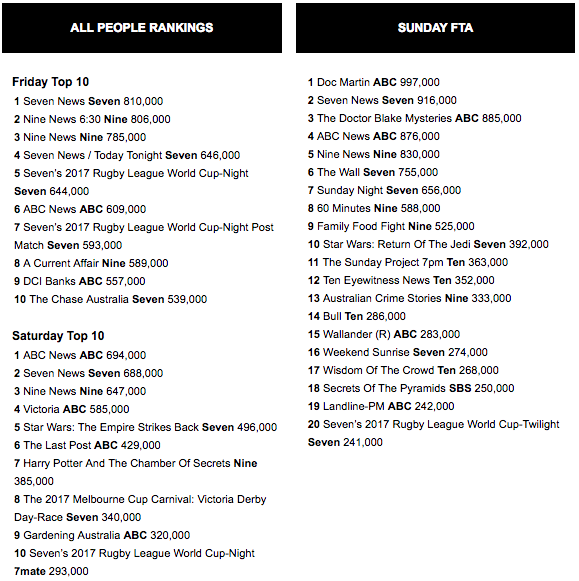 The Wall has its first Sunday outing after launching last week with audiences of 974,000 on Monday and then 795,000 on Tuesday. The audience was down a little to 755,000 as the contestants went away with no prize money after their “play hard or go home” strategy failed to deliver any dollars.

Sunday Night featured an interview with the family of Brittney Dwyer who stabbed her 81-year-old grandfather to death. The episode did 656,000 after 566,000 last week.

The sixth Star Wars movie, Return Of The Jedi, in the George Lucas film festival followed with 392,000 after 459,000 the previous Sunday for A New Hope and then 496,000 for The Empire Strikes Back on Saturday. Forty years of INXS and the girl who wants to play AFL but has been banned because she was born a boy featured on 60 Minutes with an audience of 588,000 after 1.05m a week ago. What a difference a week and a lead-in can make.

The first episode of Jeremy Piven‘s new series Wisdom Of The Crowd followed with 268,000 at 8.30pm.

Episode six of Doc Martin featured the usual amount of mayhem including Morwenna taking time off from the medical practice, which resulted in a chaotic day in the surgery. The program did 997,000 after 932,000 last week.

The series final of The Doctor Blake Mysteries featured the death of a policeman with a good crowd of 885,000 after 901,000 last week. Doctor Blake was dismissed as the police surgeon while former Neighbours star Annie Jones made a guest appearance. A telemovie which signals the end of the series’ relationship with the ABC follows next Sunday.

The first episode of Secrets Of The Pyramids pulled the channel’s biggest crowd with 250,000.

The first two episodes of The Nineties followed with an average audience of 154,000.