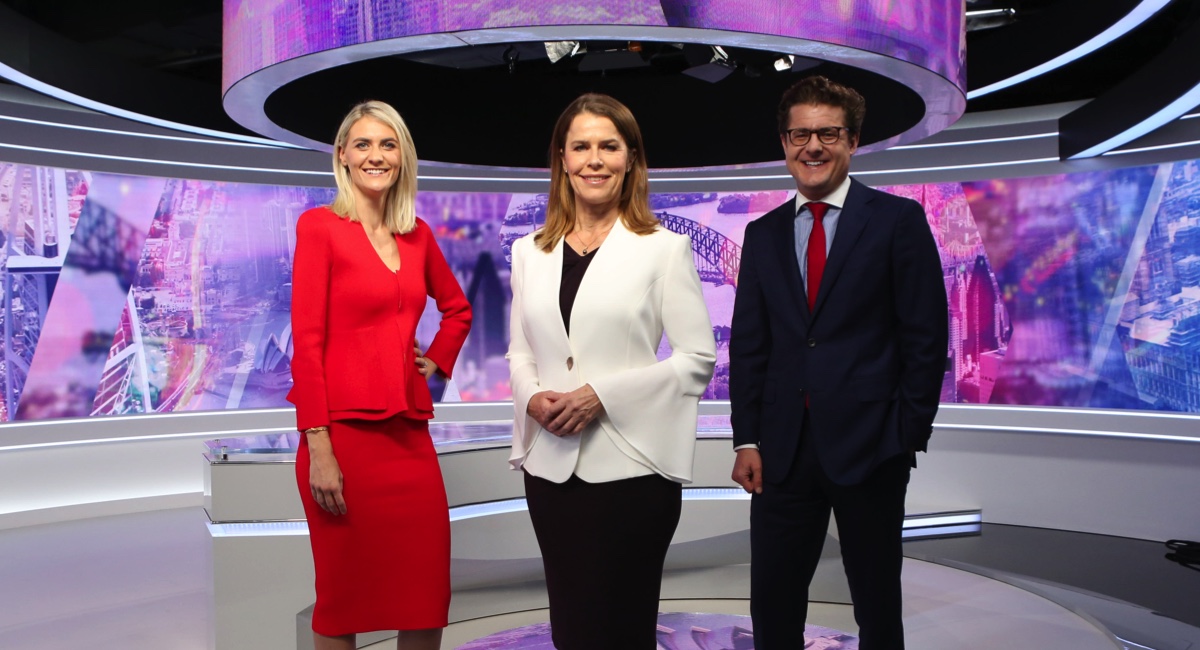 The new home for the Business channel features the latest custom-designed LED technology and the largest LED screen ever developed for a television studio in Australia. It is Australia’s first fixed P1.9 LED studio screen with a full HD capability that integrates with the latest Vizrt graphic solutions.

The state-of-the-art set features a unique 3D circular design including the first purpose-built circular three-metre bulkhead ticker and P.3LED floor panels that blend in with the dynamics of the set design production. Those components and designs have never been attempted in Australia before and are the most advanced in the industry, providing huge flexibility for television production. James Daggar-Nickson then anchors the morning coverage of Trading Day Live as the market opens.

Ingrid Willinge is returning from maternity leave and is the new anchor of lunchtime coverage on Trading Day Live.

Carson Scott hosts in the afternoon as the trading closes with Helen Dalley rounding out the end of the Trading Day Live coverage.

Ticky Fullerton hosts her flagship program TICKY at the new time of 5.30pm.

James Daggar-Nickson anchors Media Week with James Manning at the new time of 6.30pm on Thursdays.