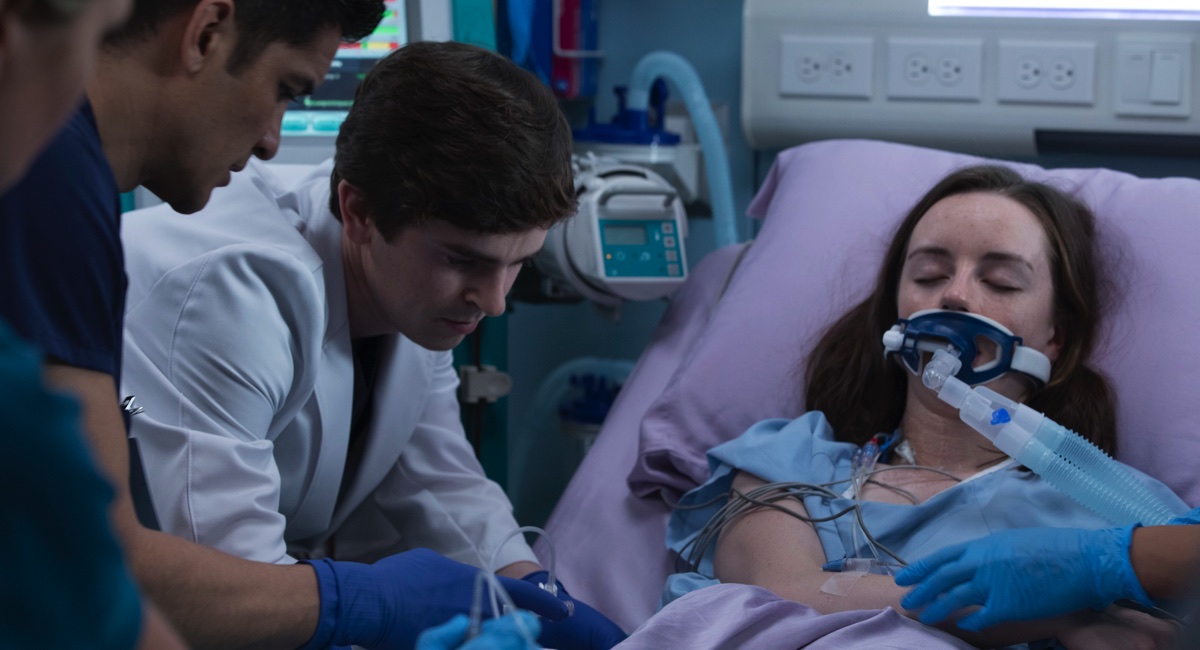 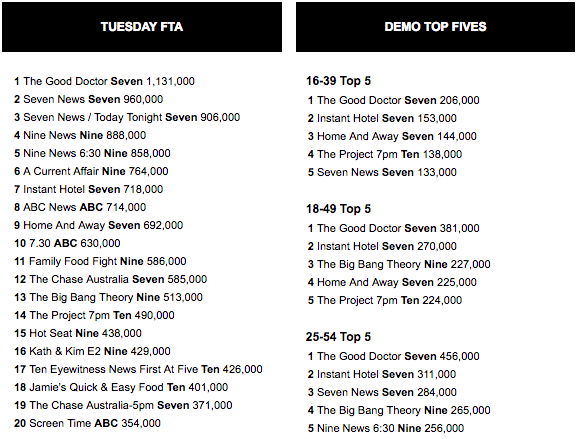 Home and Away was bang on last week’s average audience last night as the numbers slipped from Monday’s 743,000 to just under 700,000.

Contestants Brent and Leroy hosted their Instant Hotel competitors last night in their Queensland home as the audience crept above 700,000 with the biggest audience yet for the new reality series. The series performed well in the demos too ranking #2 for the night 25-54.

The Good Doctor is not only making US dramas better, it is helping fix late night TV where audiences had been on a not-so-slow decline. The series has been over 1m for all but one of its five episodes so far and the one that didn’t was very close. The drama is also continuing to post record 7-day consolidated numbers with an extra 264,000 watching last Tuesday’s episode in the seven days since broadcast. The audience last night and 1.13m was the second biggest audience. Take That and Dannii Minogue got a shout out from A Current Affair last night as the artists tour Australia together. The episode started though with neighbour from hell Lester who confronted ACA reporter Chris Allen this week. The Tuesday episode did 764,000.

Family Food Fight did 586,000, which is slightly higher than the average last week.

The Big Bang Theory remains locked just over half a million despite much bigger numbers watching just last month.

Nine’s run of Kath & Kim came to a halt last night with the final two eps from season four and the Wedding Of The Century episode. The first of two eps last night did 345,000 and the audience for the Wedding grew to 429,000.

Take That was also featured on The Project where the three original members still in the visiting UK group were guests in the studio. The audience was 490,000.

A repeat season of Great American Railroad Journeys started at Grand Central in New York and then didn’t leave Manhattan as Michael Portillo explored the southern end of the island. The program managed to pull over 300,000, which he also did last week hosting the two most-watched SBS programs in week 45.