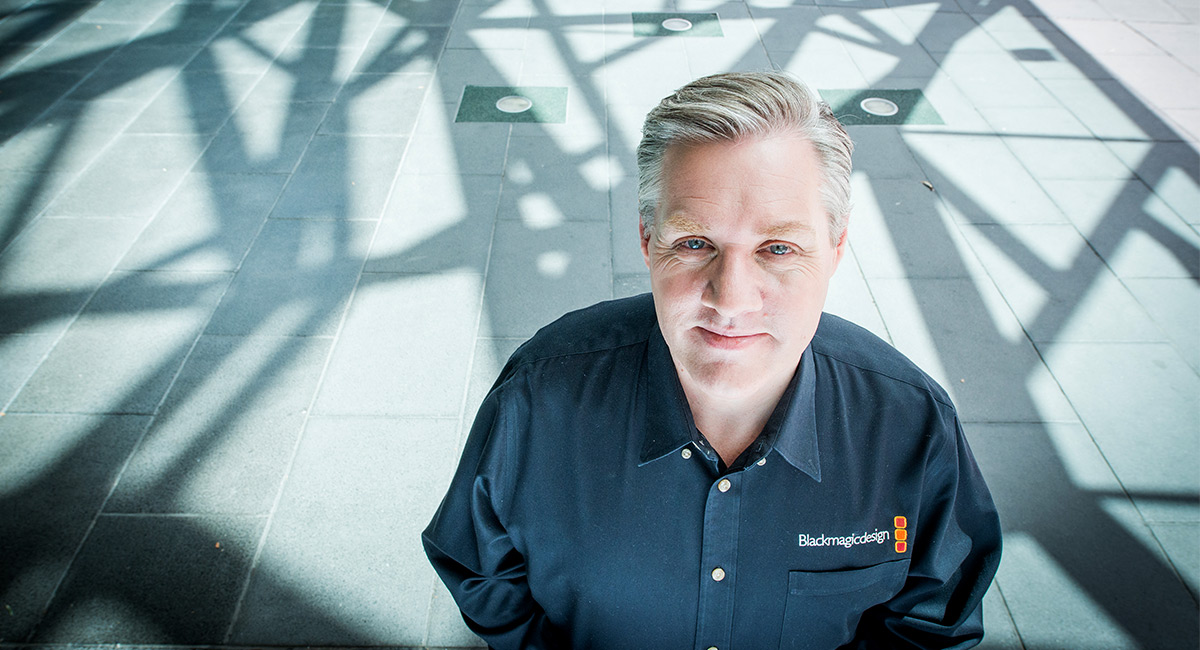 Blackmagic Design has carved out a commanding global slice of the motion picture and television production market, but it was started from humble beginnings by Victorian Grant Petty back in 2002.

“It took a bit of time for things to get going,” Petty, a former student at Shepparton TAFE, told Mediaweek. “I spent a lot of time with a prototype in the back of a post house before I finally got a finished product that I was able to start to sell.”

He revealed he never had his sights on servicing demand in Australia because the market was so tiny. “I had previously worked in Singapore and the products we were trying to build were solving a global problem.

“The very fundamental problem we were trying to solve was that the TV industry was very small and to some extent being run by people who could get a bank loan. It wasn’t being run by people who were actually creative. The frustration I had working in the television industry was that people seemed more interested in billing a number of hours on a big piece of expensive gear. As an engineer it seemed to me that the creative people to some extent were sidelined.

“The people using the gear were more often computer people and not creatives. The equipment itself tended to be of a really shabby quality with some stuff worth over $1m being built in garages. I used to spend a lot of time trying to keep equipment running.

“My feeling was that the easiest way to empower creative people was to make the equipment so cheap that everyone could have it, which meant the only people that would do well would be the creative people.”

As an example of what he was talking about, Petty mentioned DaVinci, the colour calibrating system used on high-end feature films and TV shows. “There were probably only a couple of them in each city in Australia. A DaVinci suite was hired out for as much as $1,000 an hour. When we bought that company the cheapest low-end system with hardware was US$350,000 and the high-end system was US$800,000. We went and changed the business model and made a Mac version and a Linux version. The software we sold for $1,000 and we sold more in the first month than had previously sold in the whole history of the business, which had been running since the early 80s.

“We were not a tech company wanting to get rich. What was important to me was creativity.”

You can view and purchase Blackmagic’s slate of products here.

Petty noted that long term they were able to affect the industry to the extent that television productions can now achieve the same quality that motion pictures can, simply because the tools needed for that are more affordable for the creatives. 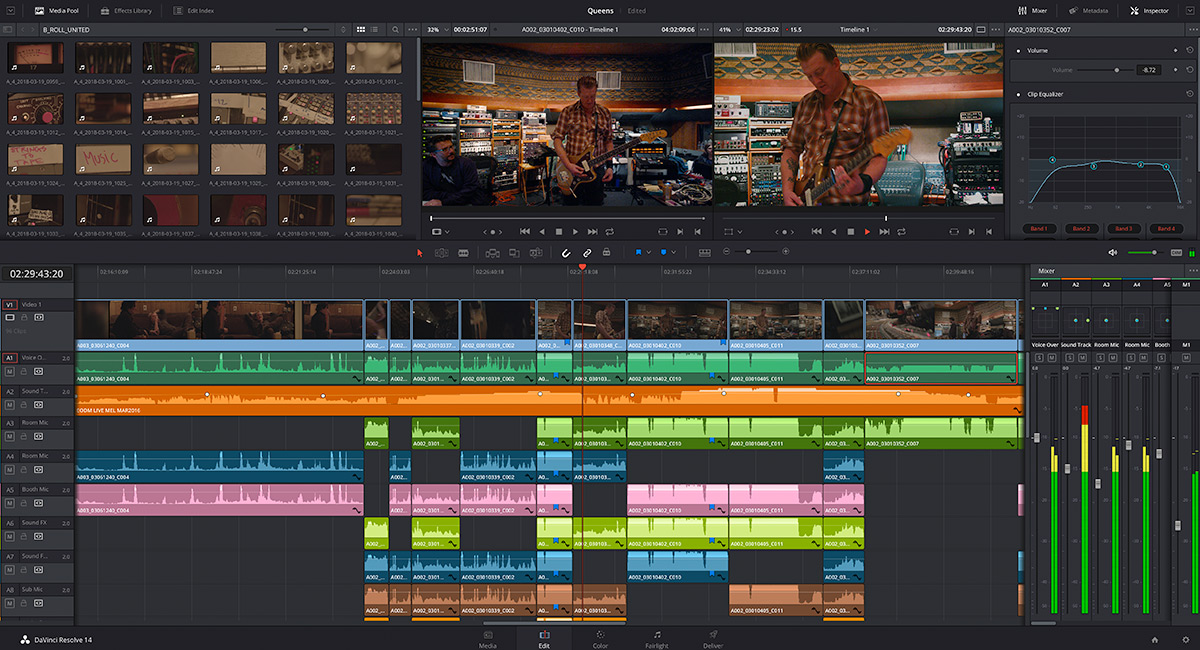 “Our goal was to change the television industry and we have now done it multiple times. It has gone so far beyond what we initially hoped for.”

Petty reminded us that there is even a free software version of DaVinci available which he noted is very powerful.

He conservatively estimated about 80% of the movie and television market uses DaVinci, a product which is also now the world’s fastest-growing editing software. “Almost every feature film and all of the TV series – we know the production facilities we are in and it is nearly all of them with more adopting all the time.

“While DaVinci is affordable, it is also a Formula 1 car that you can take to the supermarket. It really is a high performance product. The product is constantly being updated for the demands of the Hollywood production industry and those changes and upgrades eventually filter out to the general software product.”

Petty indicated there is almost a secret version that is used on big-budget feature films.

When DaVinci started to be used by more people there was a problem that many customers were shooting on video cameras which resulted in a lower quality product. That created another opportunity for Blackmagic to be a disrupter.

“People needed to be using cameras that captured as much of the world as possible – extra bright whites, darker blacks and higher resolutions,” explained Petty. “None of the cameras that could do that were cheap and film cameras were very expensive.

“We needed to fix that problem so we could get more people needing colour correction. 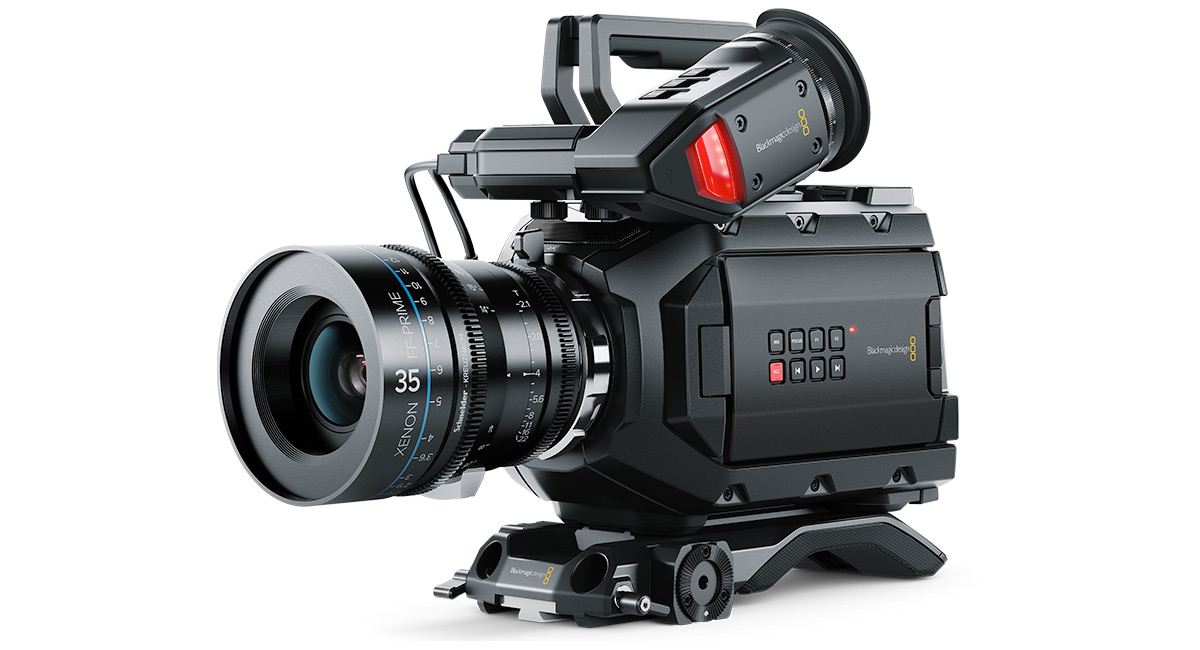 Petty told us that a lot of people misunderstood what they were doing in the early days.

“I would tell people we’re not manufacturers, although we do that quite well. What we are is an angry customer. We can’t make a customer do what we want to do. We have to be empowering the customers so they can do what they want to do.”

Blackmagic Design has grown dramatically over the years to where it is now bigger than anyone else in its sector and has the biggest presence at trade shows around the world. “We didn’t get that way by not listening to what people want and doing the things that matter.”

Although the origins are Australian, because of reasons mentioned previously Petty said the company feels very international. “We probably sell less than 2% of our products in Australia, which is just a direct reflection of the size of the market in Australia.”

The total workforce of Blackmagic Design is just under 1,000, with offices in Burbank and across the US, plus offices in the UK, Japan and Singapore with three different factories. “We manufacture all our own products and also have our own marketing and distribution in-house.”

What is even more amazing perhaps is that Petty built the company without venture capital or any borrowed money. “We self-funded the whole thing. We had to because although our model works well, when somebody else looks at it they see flaws. Many people outsource things, but we develop and manufacture in-house.”

The company has been the subject of a number of takeover proposals. “We have people wanting to throw money at us all the time, but we don’t take it. We don’t need money. We have done seven acquisitions ourselves, which has been a good chance to test our business model, and we succeeded in turning around every one of those acquisitions.