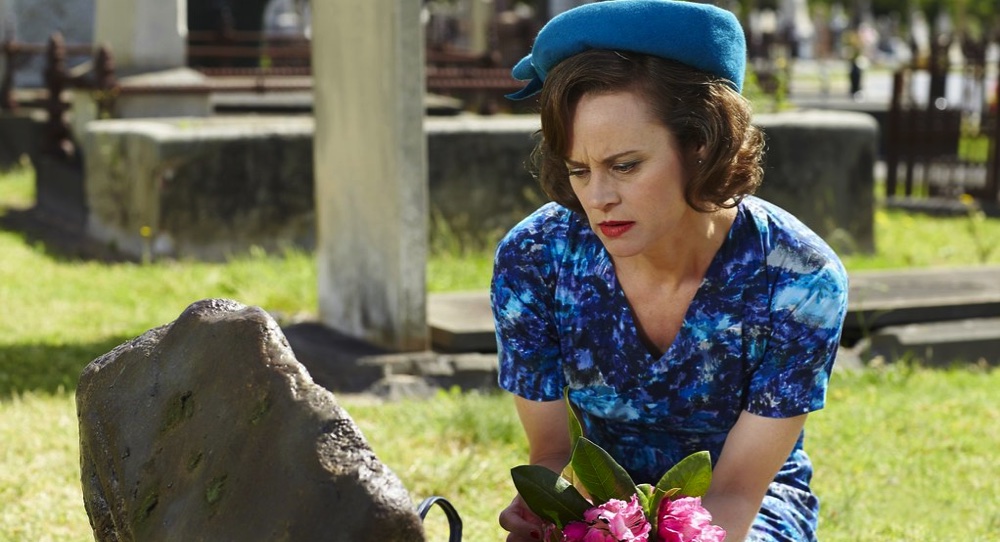 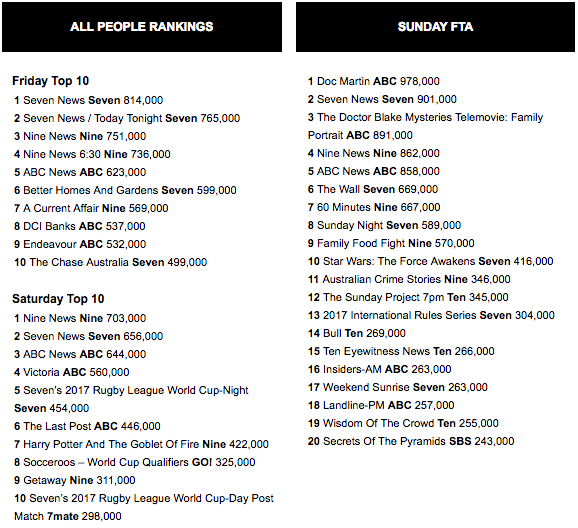 One lucky bounce is all the competitors needed to secure big dollars on The Wall last night. And that is what happened to sisters Michelle and Bron, who collected $160,242 after peaking at $1.48m before a few balls bounced the wrong way and they decided to tear up the “contract”, which would have seen them pocket close to $900,000. The Sunday episode did 669,000 after 755,000 a week ago.

A special edition of Sunday Night was scheduled to run for just 45 minutes according to the EPG. The episode featured an investigation by Denham Hitchcock called Catching Predators and pulled an audience of 589,000 after 687,000 last week.

The Star Wars film festival came to a climax with Episode VII – The Force Awakens with 416,000 watching. 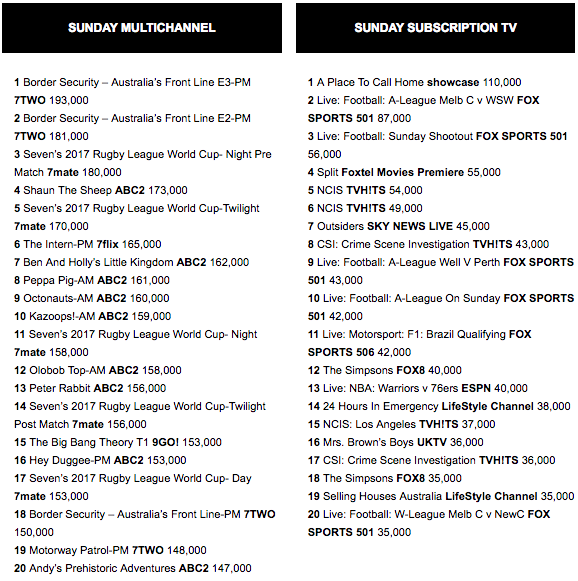 Family Food Fight featured two families cooking for survival ahead of an elimination – the Sheppard family v the Sharouks – with the Sheppards being eliminated. The Sunday episode did 570,000 after 525,000 last week.

60 Minutes featured reports on the death of a young wife after a medical misdiagnosis, the future of the Trump presidency and the mystery of the Batavia massacre. After 589,000 last week, last night was on 667,000.

Chris Isaak was a guest on The Project as Chris Bath and Hamish Macdonald hosted the Sunday edition out of Sydney. The 7pm half of the episode did 345,000 after 364,000 last week.

Bull found himself in a native American tribal court with 269,000 watching after 7.30pm.

The broadcaster had its biggest Sunday share of the year and its second-best share on any night after the first Saturday in March recorded 21.4%.

The evening started modestly at 6pm with Classic Countdown on 210,000 followed by a big audience jump as ABC News pulled in 858,000 to easily win the timeslot.

Episode seven of Doc Martin featured the annual Portwenn boat race and associated injuries. The program did 978,000 after 997,000 last week. The audience watching the penultimate episode was left with a couple of cliffhangers to be sorted next week – Louisa has quit her teaching job and Martin has been suspended from practising medicine!

It was then time for Doctor Blake to officially exit the broadcaster with a telemovie to wrap up season five. The action-packed episode included three murders, two weddings and then a funeral. The telemovie did 891,000 after 885,000 for the last regular episode a week ago. Next stop – Seven Network.

Episodes three and four of The Nineties featured music and then the Clinton era with an average audience of 142,000 watching the two episodes.