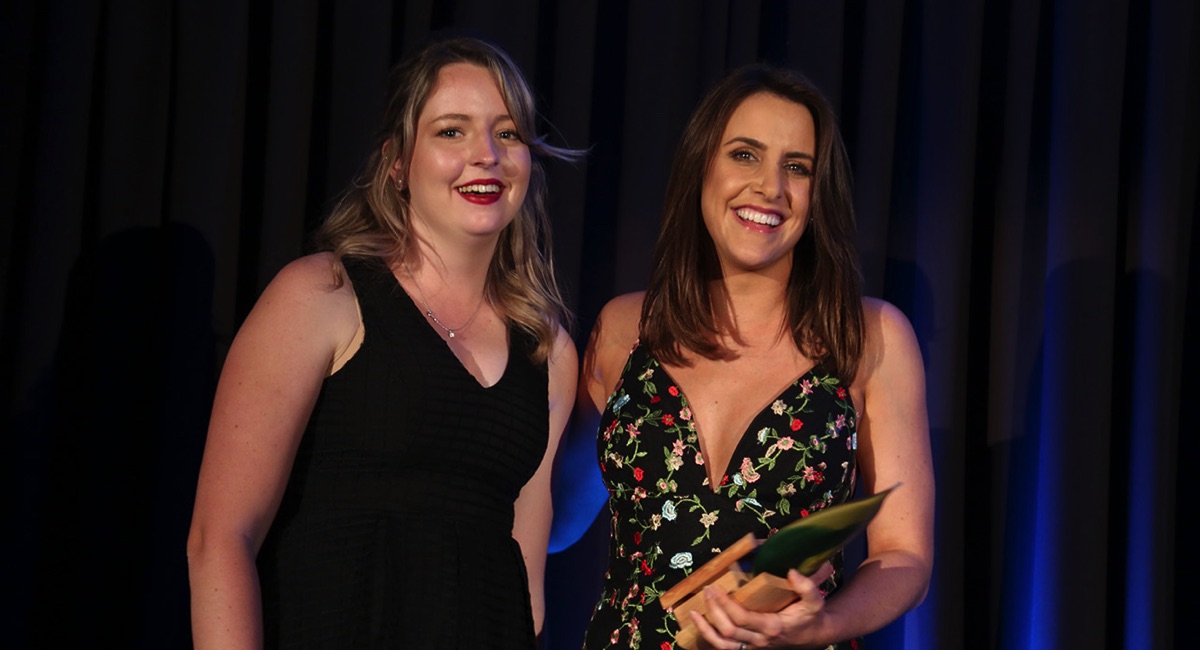 Nine News Perth reporter Rebecca Johns and camerawoman Jessica Miocevich shared the top honours at the WA Media Awards held recently. They won for their story on the Kalgoorlie riots, which were sparked by a death of 14-year-old Aboriginal boy who was pursued and then run down by a 56-year-old man.

Johns said that it was a distressing incident that escalated to become one of the biggest news stories of 2016 in WA.

When the Nine News duo were named for the Journalist of the Year award, Johns made her way up on the stage, while Miocevich excitedly reached out for her phone to film the moment.

Johns told Mediaweek that Miocevich’s name had to be called again for her to realise that she’d also won the award. In her defence, Miocevich said: “I didn’t actually hear my name. I was so excited when Bec was called up. It wasn’t until I got up on stage that I realised that I was accepted for the award as well. The last thing you’d think about is a camera operator winning Journalist of the Year award. It didn’t even cross my mind that I would be considered.” [Laughs]

Along with the shared award, Johns also won an award for Best News Story or Feature in Television/Audio-Visual Journalism. Meanwhile, Miocevich was honoured with the Best Broadcast Camerawork Award.

“We knew that the Kalgoorlie riots had been the biggest story for the year. Every journalist, photographer and camera op that was there had put in an entry for that award. We knew that it was going to be a very hotly contested story to win an award for,” Johns said. “Our job is to capture and inform. The manner in which we did that set us apart. We put our fears aside and got in there, in the thick of it.” 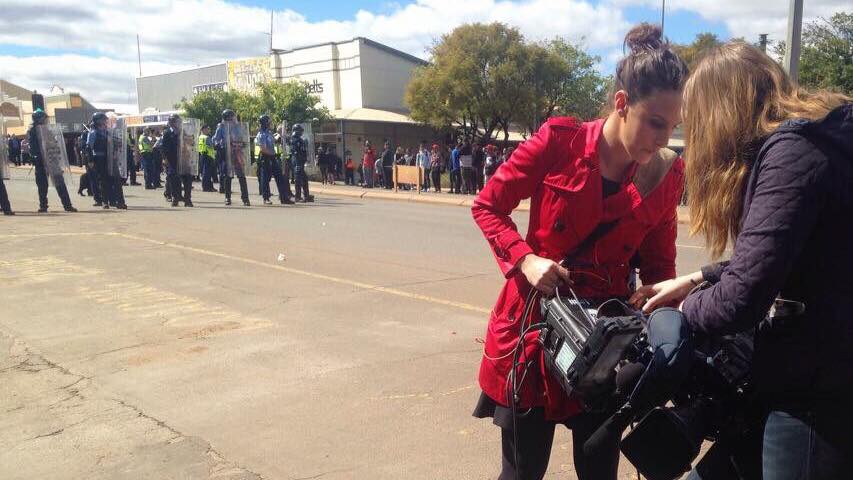 Johns and Miocevich on location during the Kalgoorlie riots in 2016

Johns said she was “terrified” standing in the crossfire that was taking place between the protestors and the police. There were rocks being thrown, police cars being demolished, glass being smashed and people getting injured.

Miocevich said: “When you are shooting, the camera really separates you from the scene. It’s almost like a shield. You are not thinking about your safety – you are thinking about the shot. So going back and looking at the vision, seeing how close I was, it is actually terrifying. It’s scary to think that I was there at that time. But at that time I just wanted to do my job – capture the pictures needed to best tell the story.”

Johns and Miocevich flew into Kalgoorlie a day before the riots took place to report on a story which, at that stage, was known as “simply a car accident”.

“Then this story began to develop,” Johns said. “We then understood that under the racial circumstances of this story, it was very important to remain unbiased and that we needed put forward both sides of the story.”