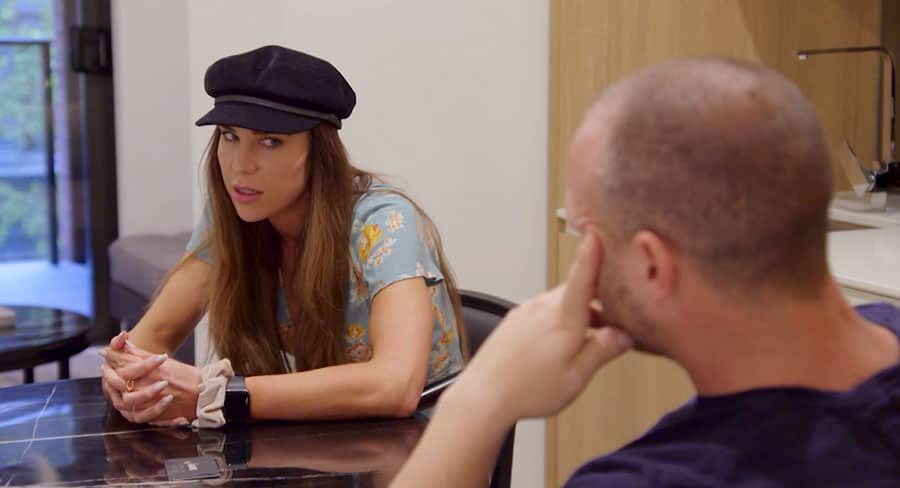 • Battle of the Game Shows: Hard Quiz outrates The Cube

• It’s over: After 89 memorable episodes, one final battle from Vikings on SBS 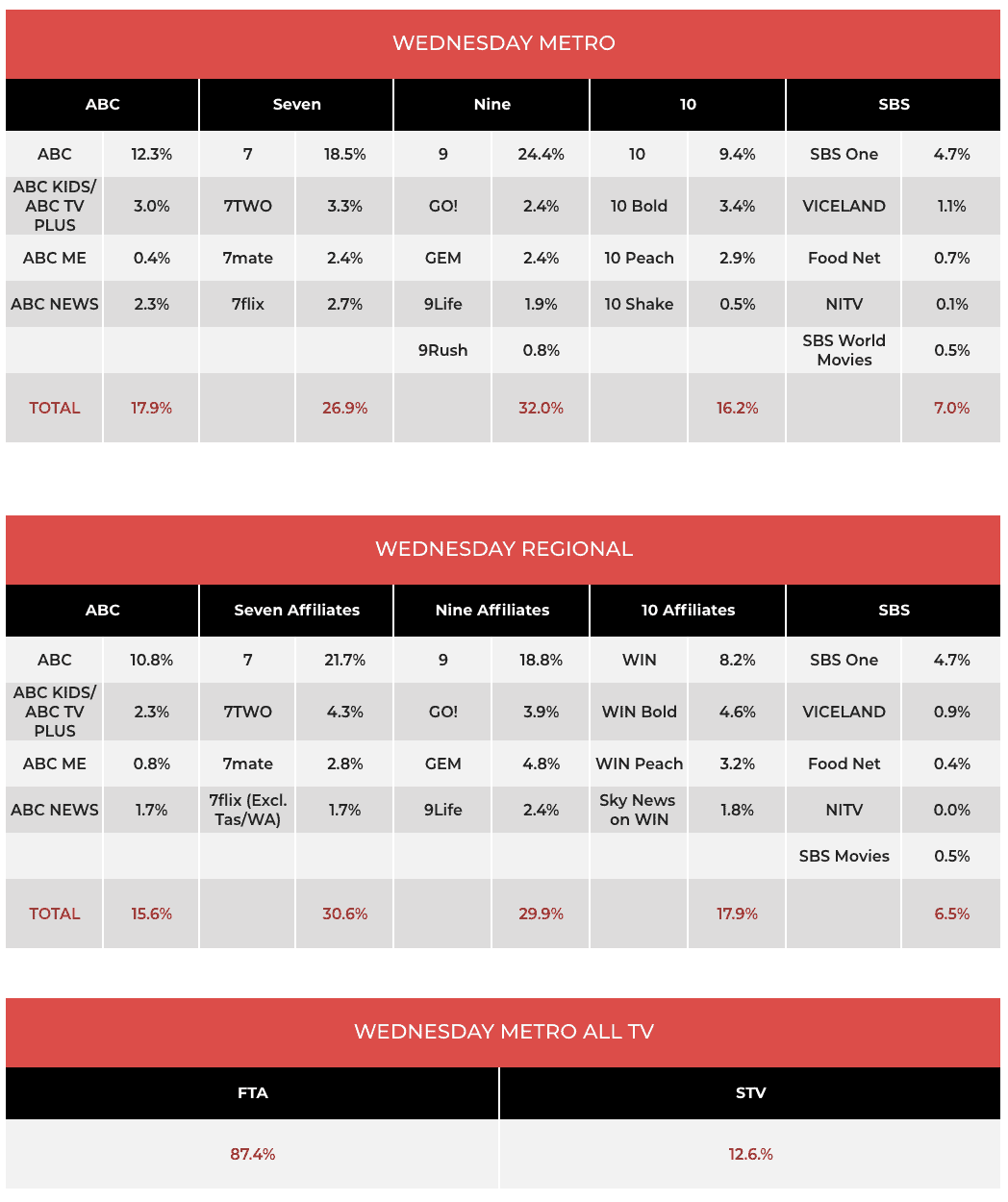 932,000 tuned in to MAFS as the contestants continued their Confessions Week challenges, this was up on last Wednesday’s 891,000.

The episode saw the grandmother and grandson team of Connie and Hayden take on The Cube in a game called ‘Replicate’, whereby the duo must memorise the colour formation of squares on the floor, before placing a red or blue block on the corresponding square. The Project had 259,000 and 403,000 as the episode featured Australian of the Year Grace Tame, Urzila Carlson, and Rhys Nicholson.

On the ABC, Hard Quiz won the battle of the game show’s over The Cube with 579,000 viewers tuning. This was followed by The Weekly with Charlie Pickering with 459,000 and then the comedy Aftertaste with 258,000.

Hard Quiz featured the usual quirky subjects including a specialist on the Canadian teen TV drama Degrassi who was last night’s winner. The Weekly was very up-to-date with clips from yesterday’s Christian Porter press conference. Charlie Pickering was all over the vaccine rollout, noting there seemed to be similarities with the way various governments handled the NBN delivery.

Nothing extra special about the SBS share of 4.7% last night. However it was a big deal for many viewing. The most popular shows were Britain’s Most Historic Towns on 178,000 followed by Michael Palin’s Travels of a Lifetime on 169,000.

However the highlight for 103,000 metro viewers was the final episode of Vikings after 88 previous instalments over nearly eight years. The brutality was something that didn’t change with the storming of a Christian church in the early episodes as shocking as the final slitting of a throat in the final episode. The series ended with Floki, the shipbuilder we met in the first episode, looking out to sea with Ubbe, one of the surviving sons of Ragnar Lothbrok, as the sun set.

Along the journey series creator Michael Hirst managed to deliver truly epic adventures for the viewers that matched the grandeur of Game of Thrones yet didn’t generate nearly the same amount of publicity. The battle scenes alone deserve some sort of award with Hirst delivery monumental clashes in seemingly nearly every episode. The final episode too offered another, this time another battle in Wessex that finally was the end for one of the most memorable characters, Ivar the Boneless. 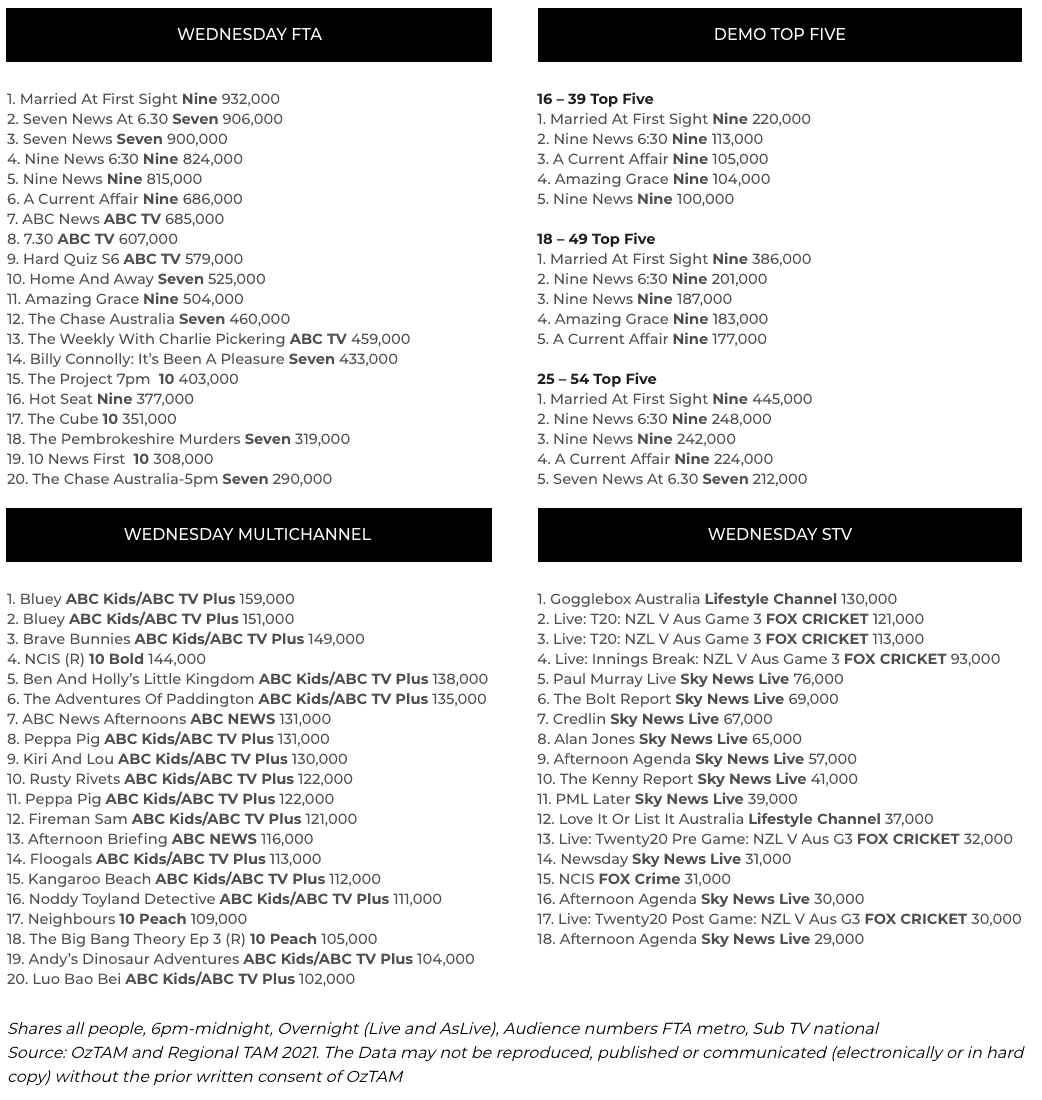