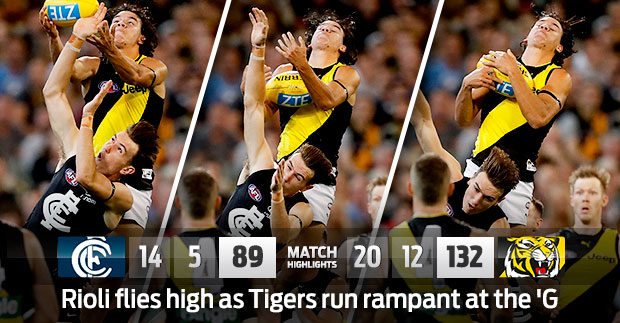 Seven has managed a Thursday network victory off the back of the return of AFL for 2017. The game was a clear leader in Melbourne as Seven recorded market victories in that city plus Adelaide and Perth.

Nine was a winner in Sydney and Brisbane where the NRL kept the majority of the viewers tuned in.

TEN went close to a win in Perth with a share of 17.2% with the AFL screening on 7mate in that market. However, Seven still finished just ahead of TEN, which enjoyed its best share of the week across the network thanks to continued strong audiences for Gogglebox.

Home and Away screened two episodes back-to-back at 7pm in Sydney, Brisbane and Perth to 388,000.

Viewers to the primary channel in Sydney, Brisbane and Perth saw an episode of Border Security and then the 2010 movie Salt.

After the AFL, The Front Bar returned with a live edition with hosts Sam Pang, Mick Molloy and Andy Maher. Highlights included a new feature called “Sam’s Six” which last night featured the top six Chinese footballers of all time. (#1 was Mike Fitzpatrick!). The show returned with 180,000 – 151,000 of them in Melbourne.

A Current Affair was screened to 592,000 in four markets. Stories included the latest on the London terror attack and houso heroes.

Other markets saw RBT and then Murder Calls.

Share recovered well after what has been a challenging week.

One of the best episodes of Gogglebox Australia, in what has been a good season, did 722,000 with audience insights into Marriage At First Sight and Planet Earth among other things. Gogglebox was up close to 50,000 on the previous episode.

The Project 7pm featured a good interview with Bob Odenkirk, who is in Australia for Stan to promote Better Call Saul. Among his other media commitments yesterday was a time with Kyle and Jackie O where the US TV star also delivered plenty of laughs. The Project did 453,000.

A special All Star Family Feud labelled The Bold v The Beautiful and featuring the visiting US soap stars did 457,000 after 7.30pm. That was up on the 6pm edition of Family Feud on 325,000 and up on that afternoon’s audience of 264,000 watching an episode of The Bold And The Beautiful.

Newton’s Law stars Claudia Karvan and Miranda Tapsell were guests on a Facebook Live chat at lunchtime yesterday. However the evening audience just made it over 400,000. That is down from 484,000 seven days ago.

No prize for guessing it was again Michael Portillo delivering the channel’s biggest audience with 288,000 learning about Birmingham on Great British Railway Journeys.