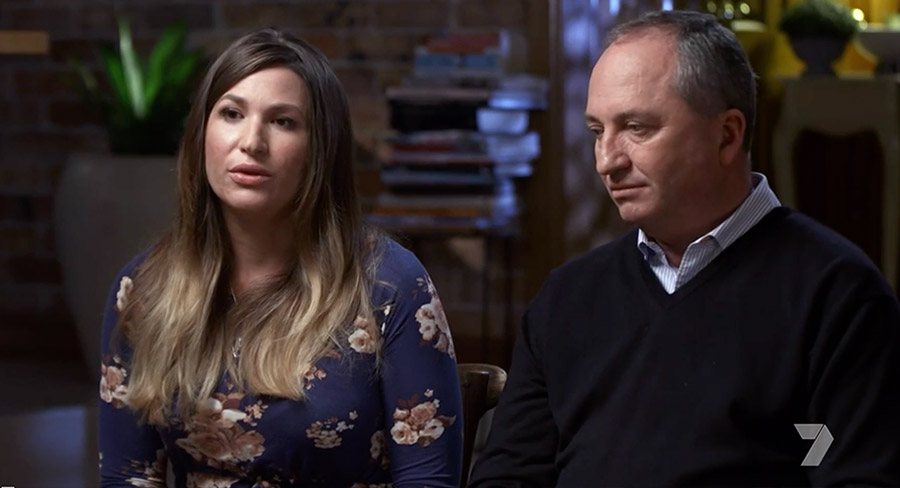 The judges weren’t overly impressed with some of the work on the Tweed Heads property on House Rules. Mel and Dave topped the leader board while Josh and Brandon performed poorly with just 16 out of 30. Despite all the hype about Sunday Night, it was House Rules that got the audience last night as it recorded its best numbers this season.

Sunday Night bought up big for its Barnaby Joyce and Vikki Campion feature and the audience wasn’t terribly interested. While an audience of 631,000 was up on last week, that was a truly terrible figure to compare it to.

The Monster of Belgium was the name of the Crimes That Shook The World episode that then did 247,000. Two artists were voted off The Voice last night leaving just eight contestants still in the game. The episode was down to 816,000 after 893,000 a week ago.

On 60 Minutes Allison Langdon was reporting on sexual assaults at university residential colleagues. The audience was down to just over 400,000, which is where Sunday Night was a week ago.

The Sunday Project featured 1D member Niall Horan talking to Lisa Wilkinson and the team. The episode did 428,000, down from 479,000 a week ago.

MasterChef Australia featured two challenges – it started with a $20 mystery box challenge and then followed that up with a team relay challenge. After big Sundays featuring Nigella Lawson and then Gordon Ramsay, the audience dipped to 781,000 after hitting 900,000 for Ramsay’s first episode a week ago. Last night’s episode did however continue to rank as the #1 show 25-54. The brilliant Mystery Road followed with 786,000 watching what Andrew Mercado calls a strong contender for the Australian drama of the year. It is hard to disagree with the great man and Mediaweek contributor. The setting is fabulous as is the camera work. And that cast! The first episode introduces so many stars that it’s bound to intrigue viewers about what they will all get up to. For those who can’t wait another week, all episodes are now available on iview.