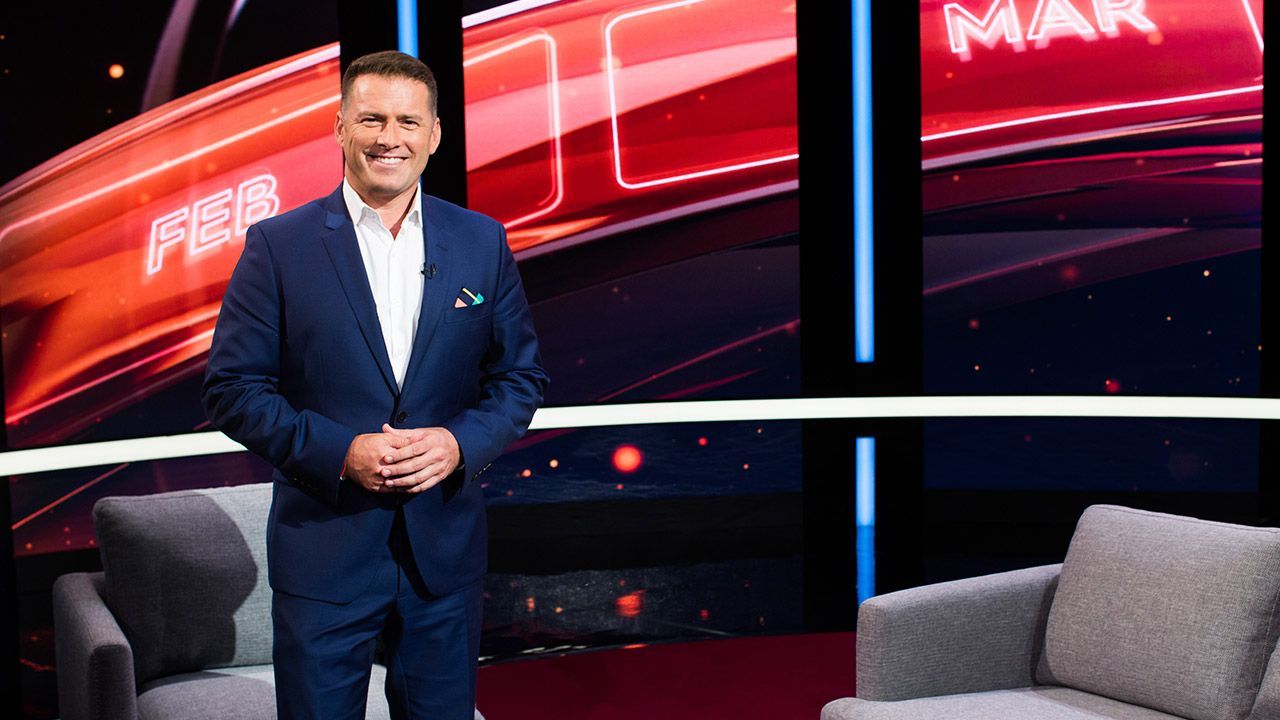 • This Time Next Year was worth the wait: 1.28m on debut
• Karl leads Nine primetime charge with some help from Scotty
• Bourne and Billy not enough to keep Seven on the radar

Karl Stefanovic has what looks like a significant primetime hit on his hands as the numbers from the first episode of This Time Next Year pushed above 1.2m. The new show had plenty of momentum though, coming off the back of episode two of The Block, which also did 1.2m+.

The good news for TEN was that Australian Survivor was up, but not by much. Have You Been Paying Attention? also lifted, but it only crawled above 600,000, well short of its average this year.

The 7.30pm Billy Connolly & Me: A Celebration was a nice idea. But ultimately all the “home videos” from fans were a distraction from the Connolly comedy gems. The hour averaged 589,000, which put Seven in fourth place.

A Current Affair started its week on just over 1m again, which seems to be getting a habit at the start of the week. Lots of shopping advice was on offer which seems to be resonating big time with viewers. The program averaged 875,000 last week which is close to a year high.

The second episode of The Block saw the first rooms delivered and revealed Ronnie and Georgia as the team to beat. The veteran renovators (10 other properties so far) won the bedroom challenge, got to pick which house they wanted, number 3, and were rewarded with a safe full of bonus offers from sponsors of the TV series. Episode two was up significantly on the Sunday launch.

The launch episode of This Time Time Next Year was a crowd favourite too. It started with a big audience and managed to build on it with a launch average of 1.28m. The Melbourne audience was again devoted Nine viewers last night with close to 450,000 in that market for both programs after 7.30pm. Any doubts about Karl Stefanovic being an unsuitable primetime host have been blown away with his new show also #1 for the night with women viewers 25-54.

The Project 7pm started its week on 645,000 after a week 30 average of 536,000. Singer Zara Larsson was a guest and journalist Gideon Haigh talked about an impending cricket pay settlement and paid tribute to Mr Football Les Murray.

Australian Survivor featured a couple of great challenges with the contestants looking like mud people during the second. Some people seem to be peddling way too hard early on indicating they didn’t learn too much from watching season one unfold. The 24 original contestants are now down to 22 after Adam Parkin became the second sent home. The numbers were up slightly on Sunday night.

Guests on Have You Been Paying Attention? were Glenn Robbins, Georgie Carroll and Cal Wilson. The show lifted a little on last week’s 579,000 to 620,000.

Australian Story featured Labor senator Sam Dastyari and the challenges he has faced since the political donations scandal last year. The episode did 616,000 after 621,000 a week ago.