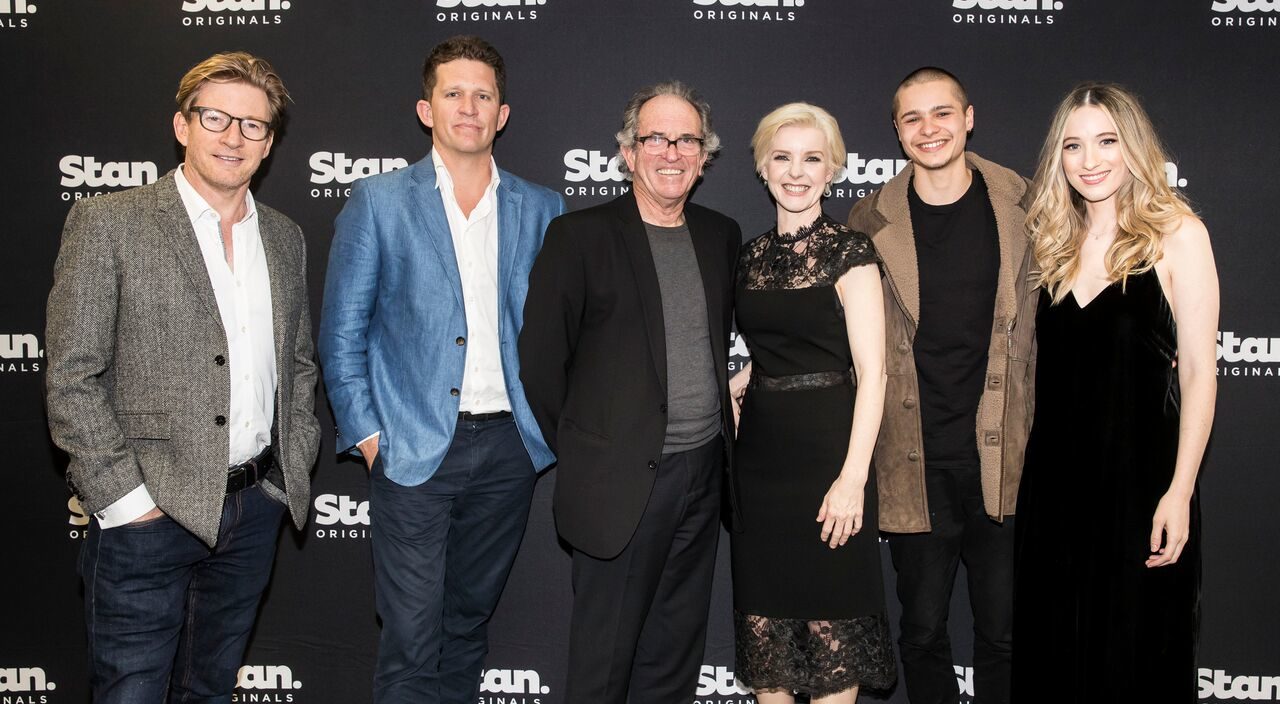 The event was held inside a theatrette at the Museum of Contemporary Art at Circular Quay. Waiting for the doors to open producer John Edwards could be seen heading into the green room, which indicated there would be a significant announcement.

Edwards and his son Dan were the headline act in fact. Stan has commissioned their new production company Roadshow Rough Diamond to deliver a six-part TV series that follows on from the movie that was released 25 years ago.

The two producers were joined onstage by Jacqueline McKenzie, who will be reprising her role from the movie. Dan Wylie will also return in his role, but he was not able to be at the announcement. New to the cast are Lachy Hume, Sophie Lowe, David Wenham and Toby Wallace. Wenham, Wallace and Lowe were at the event and spoke onstage about their delight at being asked to join the production.

Then John and Dan Edward revealed production starts this Friday. The original filmmaker Geoffrey Wright will be one of the writers on the series and he will also direct two episodes.

Stan CEO Mike Sneesby spoke several times during the event and revealed the ink was not yet dry on a new NBCU deal. There will be details soon of what the deal will mean for subscribers, but Sneesby did announce that new episodes of Will & Grace would be seen exclusively on the platform from September 29. Wolf Creek – The second series from Screentime is filming in South Australia until the end of March and creator/director Greg McLean and star John Jarratt were live from different places in outback SA. Now that is how you do a content showcase! Stan also showed a stunning trailer, which shows Mick Taylor alive and well if you were still wondering after the ending of the first series.

Sony Pictures TV – Stan is involved as one of the partners in a series that does seem to truly deserve the term “epic”, Electric Dreams, as it features an amazing cast across the 10 stand-alone episodes: Timothy Spall (Mr. Turner, Secrets & Lies, The King’s Speech and the Harry Potter films) in The Commuter, Steve Buscemi (Boardwalk Empire, Boss Baby) in Crazy Diamond, Benedict Wong (Doctor Strange, The Martian, Top Boy) in Impossible Planet, Anna Paquin (True Blood, the X- Men films) and Terrence Howard (Empire, Lee Daniels’ The Butler) in Real Life, Vera Farmiga (The Conjuring, The Departed) in Kill All Others, Greg Kinnear (Heaven is For Real, As Good As It Gets) in Father Thing and Bryan Cranston, who also serves as an executive producer on the series, will star alongside Essie Davis in the highly anticipated episode, Human Is.

The Other Guy – Stan took the unusual step of screening not one, but two complete episodes of Matt Okine‘s new comedy The Other Guy. The series premieres later this month.

The Second – this is Stan’s first original movie and the cast and creators talked about the project and Stan showed a couple of scenes. The team onstage included producers Stephen Lance and Leanne Tonkes, director Mairi Cameron and stars Rachael Blake and Vince Colosimo.

Stan hosted an after-party inside the MCA following the showcase while it also broadcast a Facebook Live event hosted by Kyle & Jackie O’s Peter Deppeler.