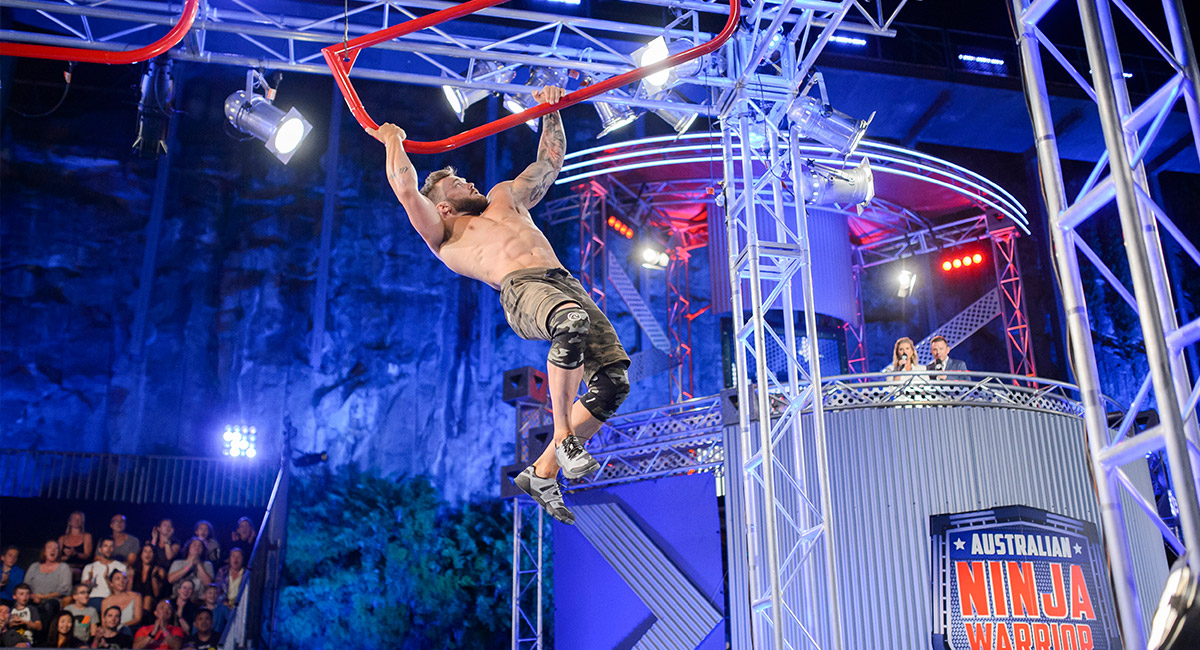 One hour of Highway Patrol followed with two episodes of booze busts both averaging just under 600,000.

A Current Affair guest host was Leila McKinnon. Among the stories was a report on some of the Ninja Warrior contestants. The show started a new week on 919,000 following a week 28 average of 827,000.

Last night it was the final episode of regular competition on Australian Ninja Warrior before the semifinals start tonight. After Sunday’s massive 1.75m, episode five did 1.52m. That was down a little from 1.61m a week ago, but still miles ahead of the nearest competitor.

The 2005 movie Wedding Crashers filled the remainder of a primetime in Sydney and Brisbane. With a finish after midnight, the audience average was 97,000.

Footy Classified screened in Melbourne, Adelaide and Perth to 207,000 with 142,000 in Melbourne. That is close to the Melbourne audience of 148,000 for The Front Bar last Thursday.

On the penultimate Monday episode of MasterChef there was a pressure test to avoid elimination between Karlie, Sarah and Diana. Sarah failed to create the way-too-hard recipe to the judges’ liking, leaving five remaining in the competition. The second night of MasterChef finals week did 853,000 after starting on 806,000 Sunday night. On Monday last week the episode did 753,000.

Have You Been Paying Attention? featured Wil Anderson as a guest contestant for the first time this year alongside Anne Edmonds and Jane Kennedy with regulars Ed Kavalee and Sam Pang. Anderson is off to the Montreal Comedy Festival this week while Edmonds is heading to Edinburgh for shows in August. There were also special guest appearances from Ranger Stacey and Jessica Mauboy. The episode did 779,000 after 686,000 a week ago.

Both MasterChef and HYBPA? were ranked top three Monday 25-54 behind Ninja Warrior.

Another Offspring encore screening then did 170,000.

The compelling second episode of Australian Story: A Long Way From Home did 569,000 after 452,000 for part one. The show exposed some very worrying practices that see exploitation of backpackers tolerated in Australia.

Four Corners featured a criminal cover-up involving the church in Philadelphia. The audience was 609,000, also up on the 502,000 last week.

Q&A featured Rachel Corbett among the guests with 442,000 watching after the show had a break last week.

Michael Mosley’s Meet The Humans featured 10 people taking part in a dating weekend as Michael Mosley investigated what makes humans attracted to others. The second episode did 158,000.

Episode two in the recreation of the journey of The Bounty was on 105,000.

It was the second and final rest day during Le Tour de France so 24 Hours In Emergency screened at 9.30pm with 172,000 watching, which was the biggest SBS Monday audience.