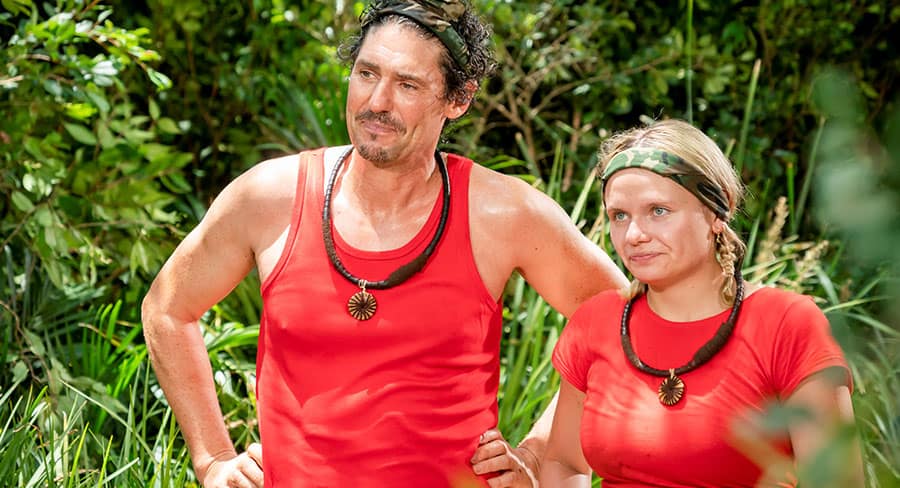 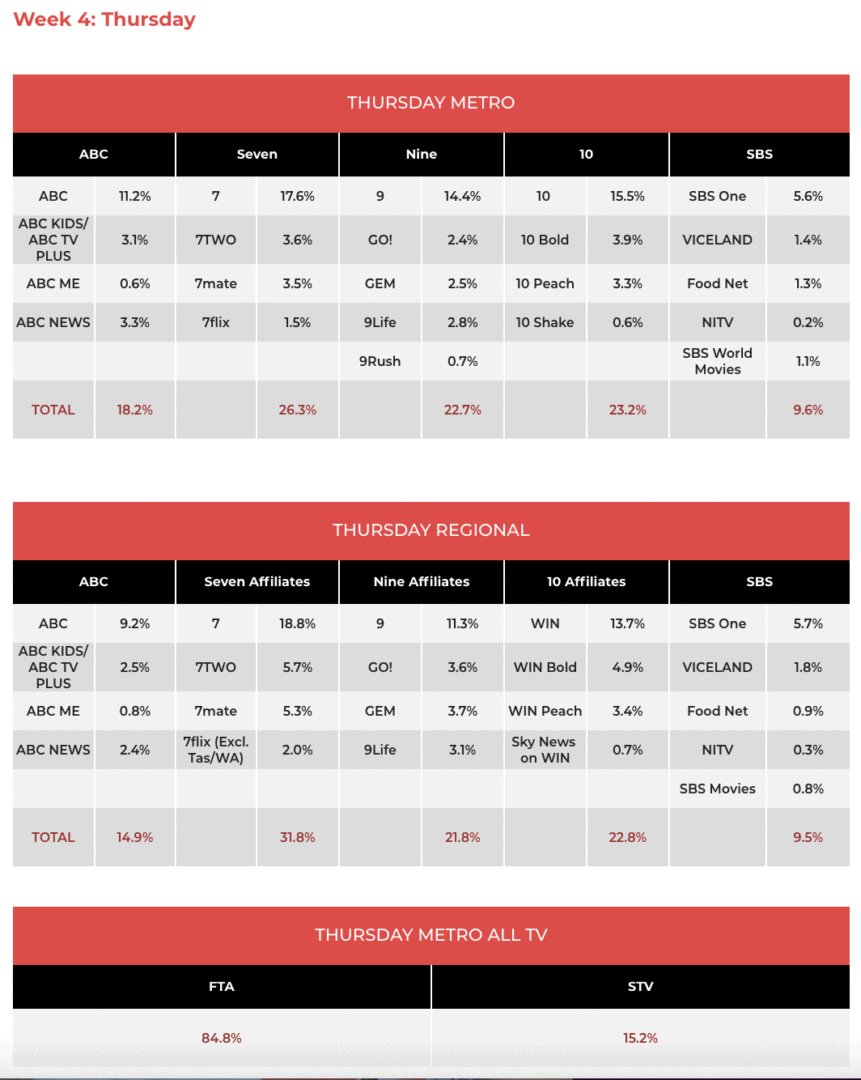 I’m a Celebrity has continued to be king of the jungle when it comes to Summer TV ratings, with 10’s first tentpole show of the year having 630,000 metro viewers. This number is down from the 685,000 on Wednesday night but was still easily the top non-news program last night as 10 finished the #1 channel and network in under 50’s and all key demos.

The I’m a Celebrity episode saw Colin and Alli dive deep into the Land Down Under trial, which saw them competing in opposing tunnels that were overrun with critters. With the pair collecting 13 stars eventuating into a McDonald’s feast.

The dinner could not have arrived on a better day, as a tense rice fiasco had unfolded when Dipper burnt the lunch and resulted in an unhappy Grant Denyer.

It has taken a hot minute but the BBL heated up last night with the first century of the season as Alex Carey led the Adelaide Strikers to a win over the Brisbane Heat as 384,000 tuned in for the run chase. While The Heat fell short Seven was able to win the night finishing #1 in both primary (17.6%) and network (26.3%) shares.

Nine devoted their Thursday night to a travel heavy schedule with Great Getaways and Race Across the World in its primary channels 7:30 and 8:30 slots. This led to a primary channel share of 14.4% and a network share of 22.7%.