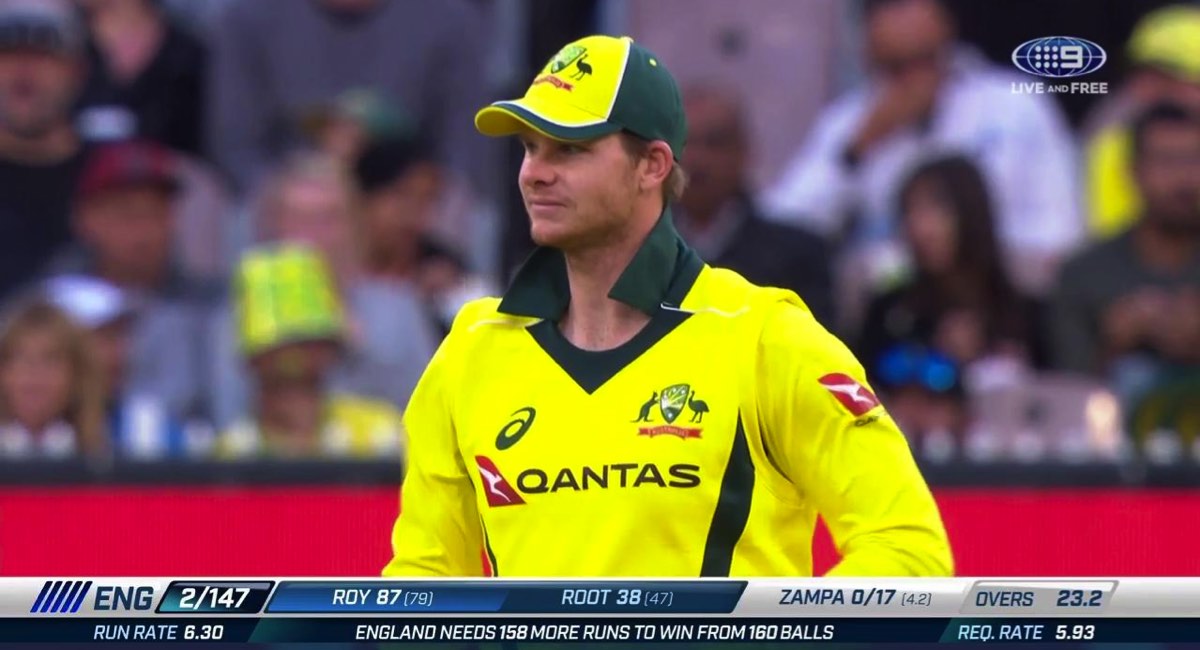 Network Ten has had a great start to 2018, winning the first two weeks of the year with the highest primary channel share thanks to Big Bash T20 Cricket on every night of the week.
In week 1 Nine had the biggest network share while in week 2 that honour went to Seven. 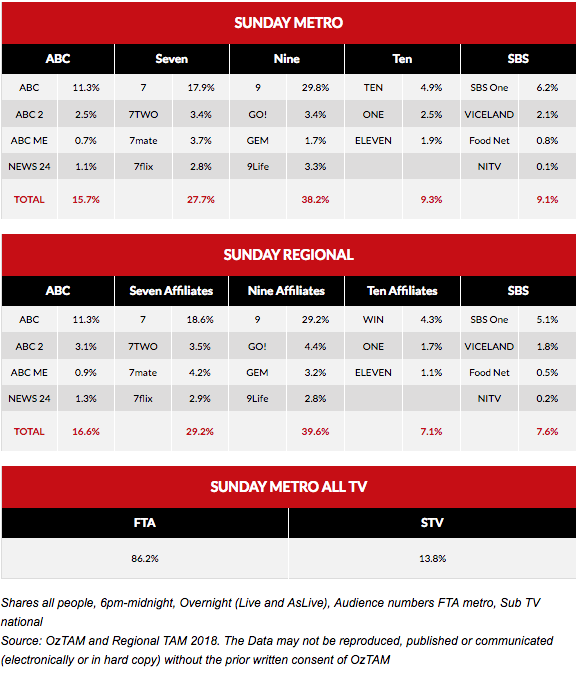 The week has started and the cricket again determined the result with this time Nine benefitting from a One Day International between Australia and England. While it didn’t look like a big crowd at the MCG, there was certainly a big crowd watching on Nine.

TEN did it tough with no Big Bash match and a Sunday share of 4.9%. 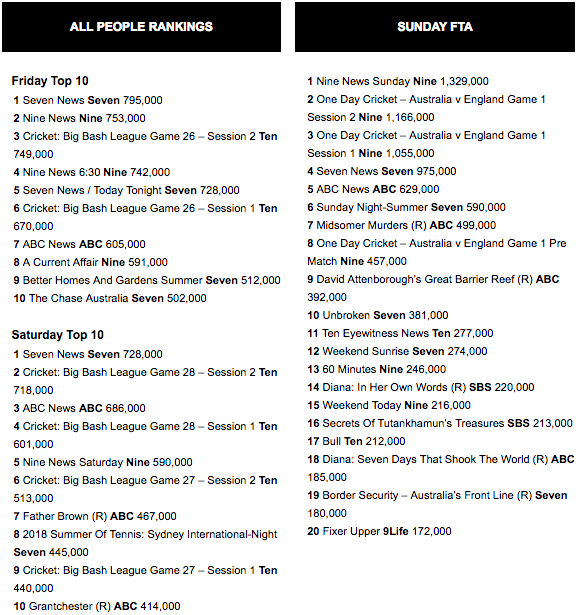 Meanwhile Seven’s share should boom for the next fortnight with the start of the Australian Open tennis today.

The most interesting broadcast on TV this year has been the Mint Pictures and SBS experiment with slow TV via The Ghan. 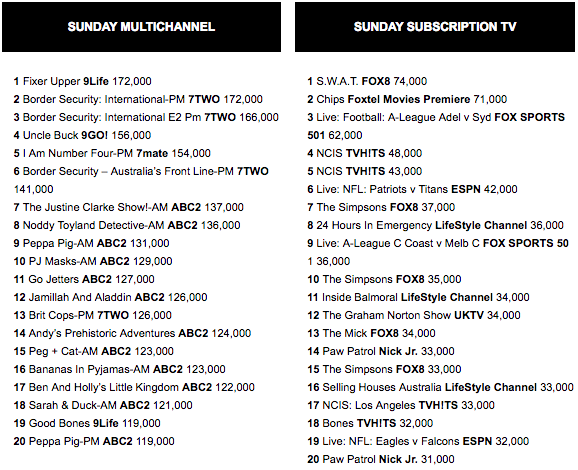 After a “short” version on the primary channel a week ago, the full 17-hour version of The Ghan: Australia’s Greatest Train Journey started around 3am yesterday on SBS Viceland.
The audience peaked with 69,000 metro viewers for the sixth leg of the journey on Sunday evening.