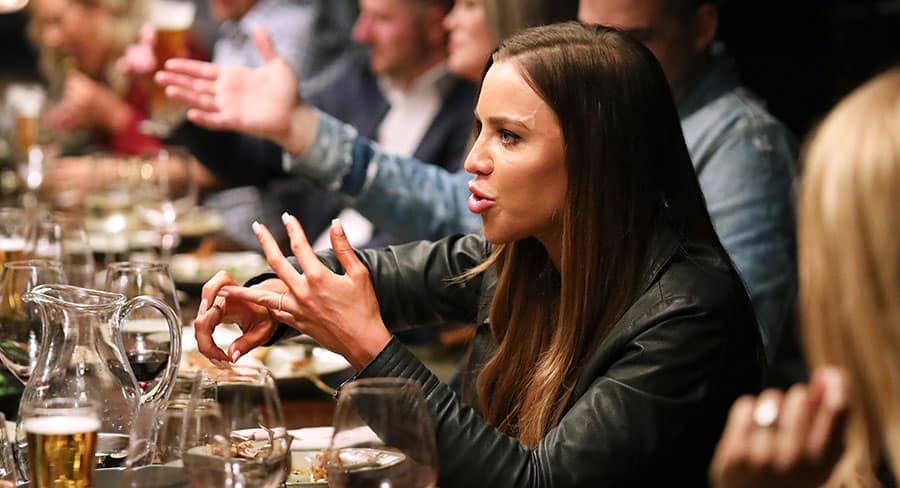 • Under Investigation with Liz Hayes follows MAFS with over 700k 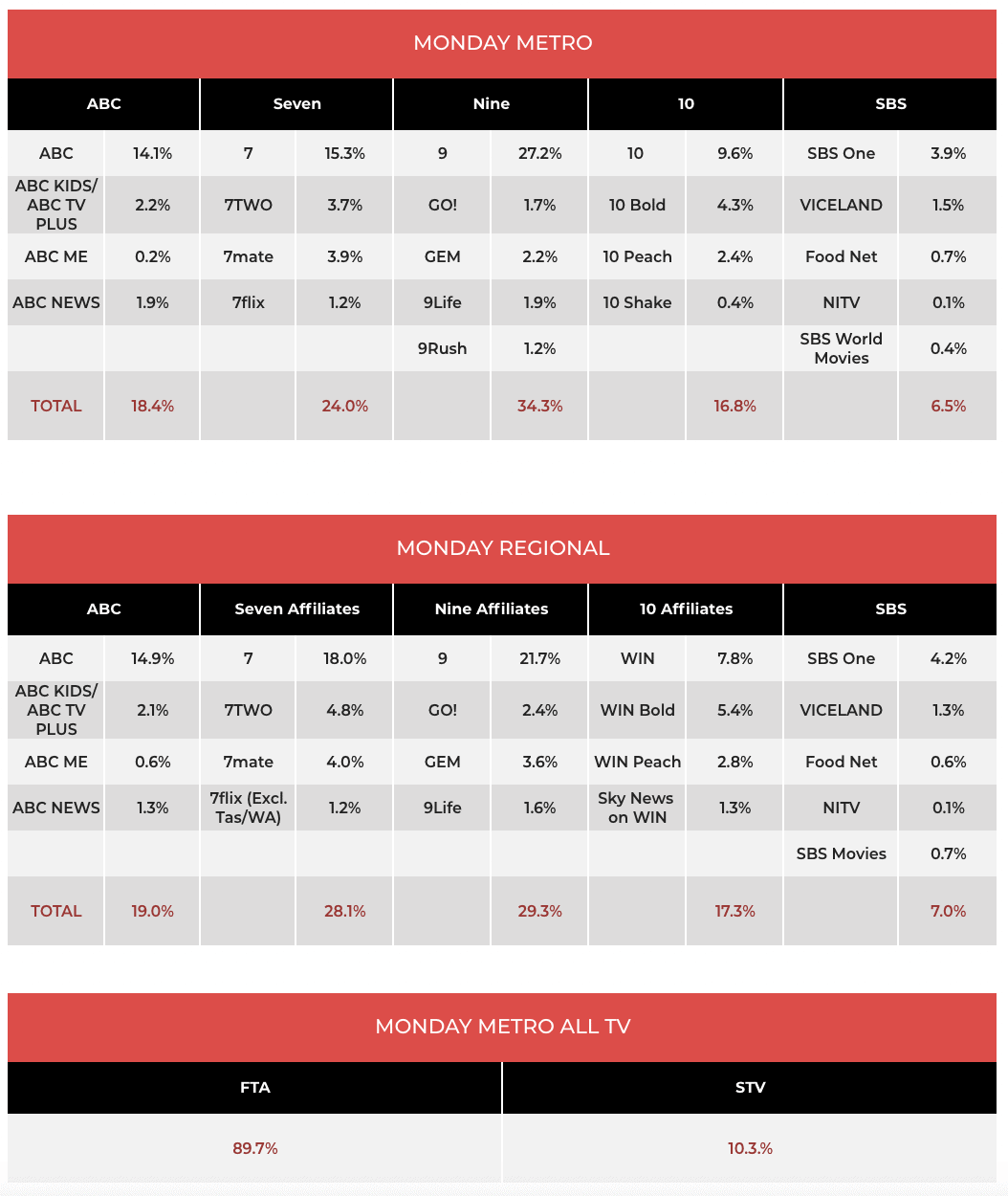 Married at First Sight threw its first dinner party of the year and served up a healthy dose of drama for the 1.02m that tuned in which was the highest rating entertainment show of 2021.

This was up on last Monday’s premiere episode of 964,000. The show was also #1 in all key demos last night.

This was followed by the first episode of Under Investigation with Liz Hayes which had 755,000.

In the premiere episode, Hayes’ forensic team searched for new clues and new lines of inquiry in the case of Victoria’s “High Country Mystery” – the disappearance of elderly lovers Russell Hill and Carol Clay from a remote alpine campsite.

On Seven 319,000 tuned in to watch nine-year-old Janie Carroll putt her way into history as the world’s first Holey Moley Junior Champion.

In this special edition of Holey Moley, the eight junior golfers took the putts while their adult caddies took the hits on the obstacles.

A nine-hole champion on the junior Gold Coast circuit, Janie outplayed eight-year-old Oscar and nine-year-old Aahan in the grand final putt off on Uranus to clinch the golden putter, plaid jacket and a massive $10,000 golf shopping spree.

The latest leg of the Race was a non-elimination episode as the teams were in the Sunshine Coast as The Cowboys were handed a First Class Pass as Chris and Aleisha who were handed the Sabotage, while Stan and Wayne were given the Salvage.

233,000 tuned in for Hughesy We Have a Problem as the show featured Becky Lucas, Nazeem Hussain, Nath Valvo and Kate Langbroek and discussed how to get employees back into the office.

The Project had 248,000 and 429,000 as the panel covered the recommendations of the aged care royal commission, and Trump hinting at a presidential run in 2024.

The ABC’s current affairs lineup was spearheaded by 7:30 with 620,000 as Laura Tingle talked to Malcolm Turnbull after a serving Cabinet minister was named in an anonymous letter relating to a historic rape allegation.

On SBS the top rating show for the evening was The Architecture The Railways Built which had 162,000. 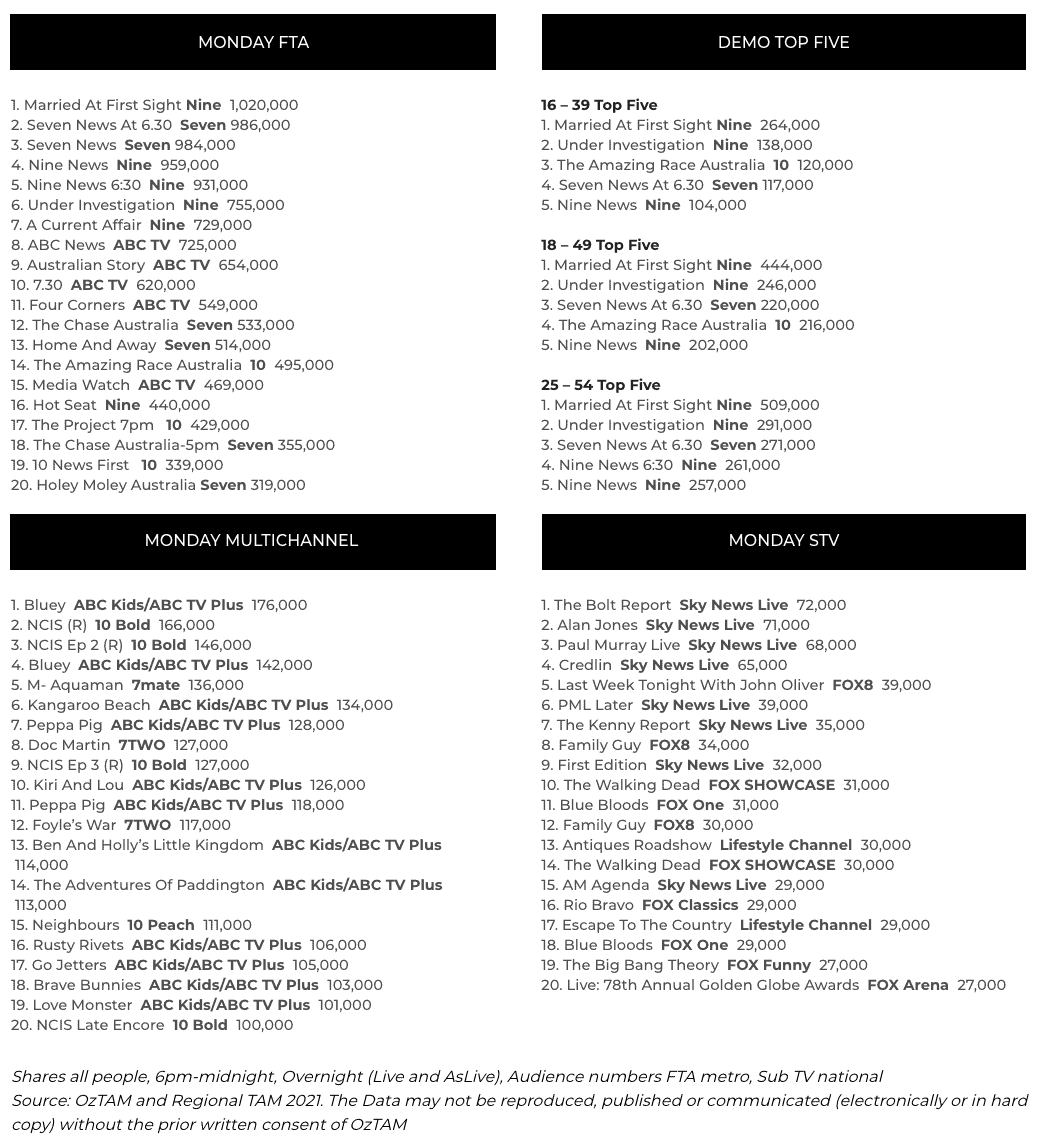