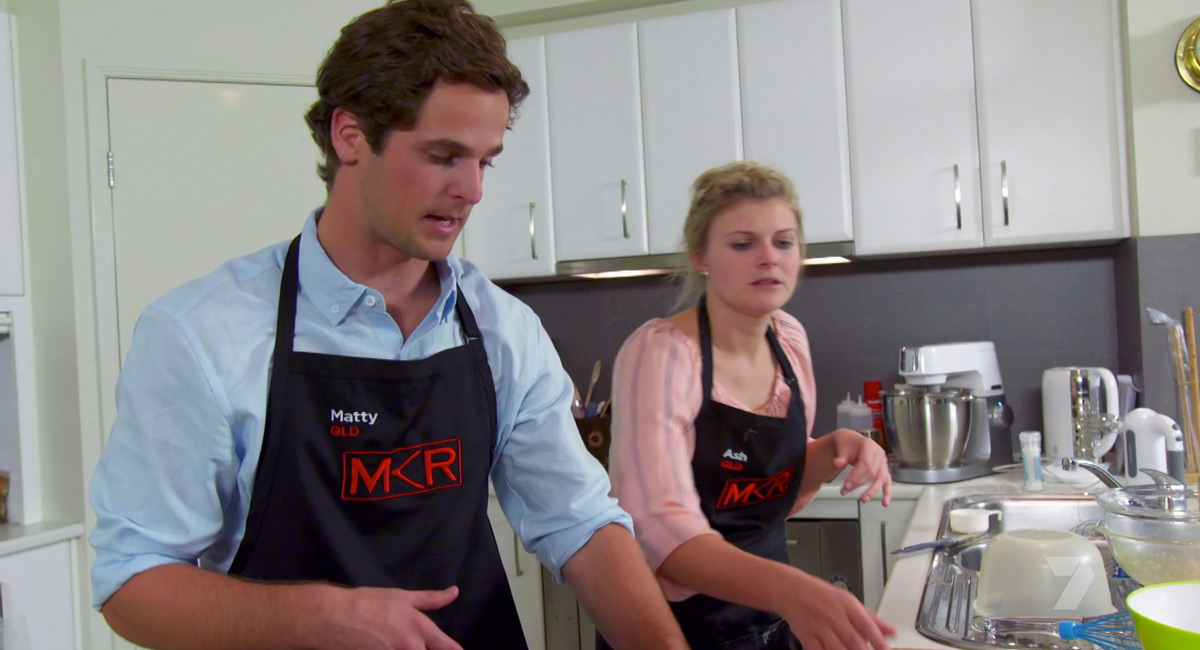 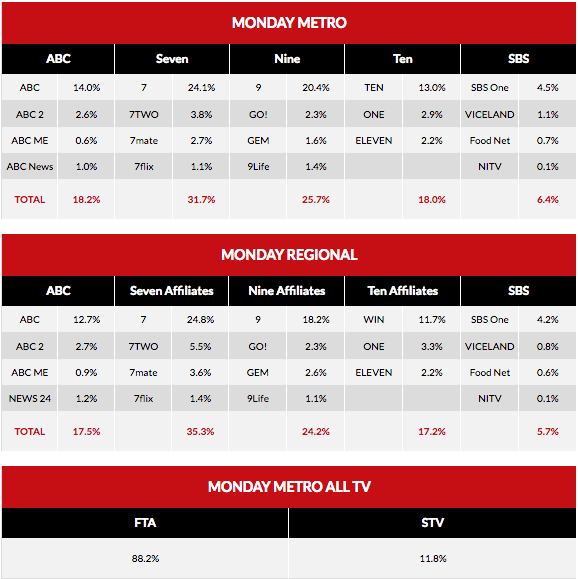 Ash and Matty don’t look like being serious competition for anybody on Seven’s My Kitchen Rules. The Sunshine Coast surfers struggled with their first two courses but pulled it together for their espresso crème brûlée – but it was too late and the damage had been done. A total score of 46 sees them a clear last. Nothing too wrong with the audience numbers though with 1.10m.

Seven then got respectable numbers for the Eddie The Eagle movie – 503,000. It is helping build interest in the Winter Olympics, which is apparently just days away!

A Current Affair started its week just over 800,000 with Married and Meghan Markle. And, as predicted in the most recent Mediaweek TV podcast, Sophie Monk arrives tomorrow night to tell all about her recent love adventure.

Episode two of Travel Guides followed with Bali the destination. The episode did 610,000.

The first episode of The Project this week did 573,000 after 7pm with I’m A Celebrity hosts and comedian Claire Hooper amongst the guests.

Anthony Mundine was entertaining his fellow contestants and the TEN audience last night although the I’m A Celebrity numbers were down a little to 712,000, the smallest audience yet in the handful of episodes screened.

Australian Story and the rest of the Monday regulars were back in action last night.

The first Australian Story did 671,000 with its coverage of the wedding of Christine Forster, Tony Abbott‘s sister.

Four Corners was investigating the hunting of an international money launderer for its audience of 638,000.

The return of Media Watch featured proposed new laws on espionage and foreign interference and sponsored content on Nine News. The episode was on 563,000. 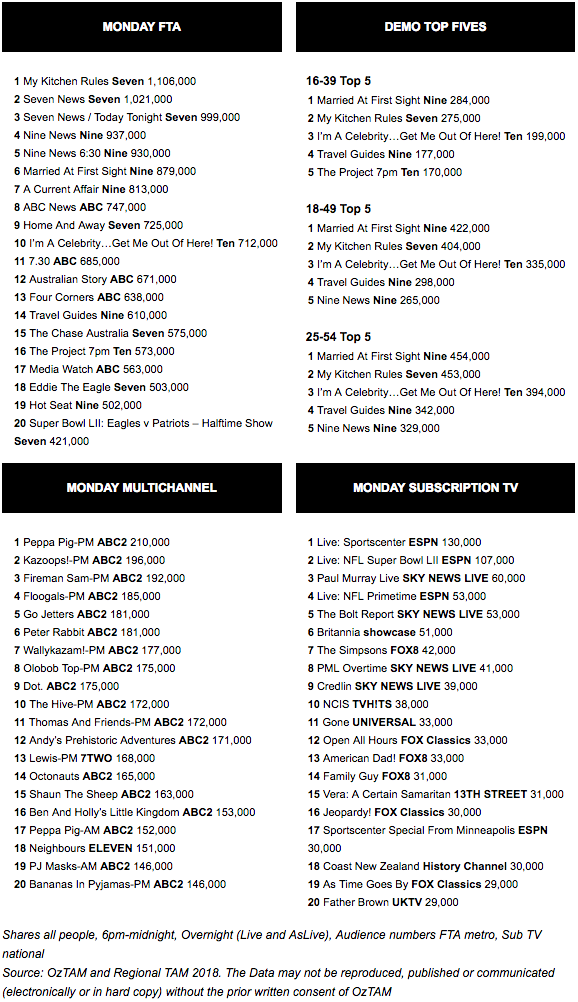