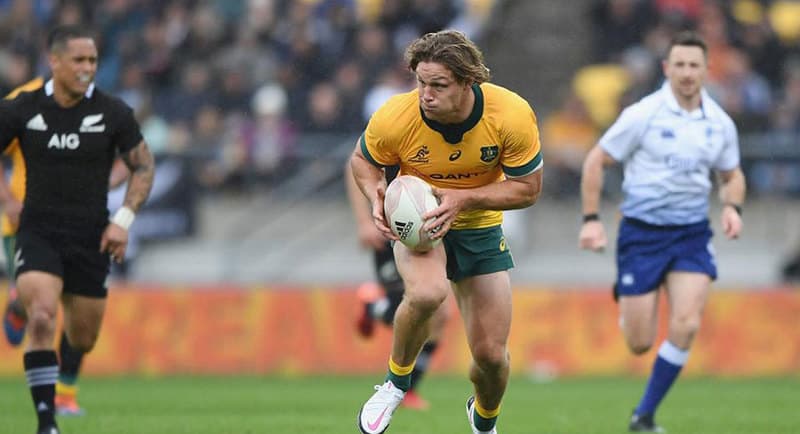 The Wallabies will go up against two of the best teams in rugby in the 2020 Tri Nations with every match live, ad-break free during play and in HD on Fox Sports, and every Wallabies game on 10. The games will also be available on-demand on Foxtel Now, Kayo, and 10 Play. All Australian matches will also broadcast in 4K on Fox Sports Ultra HD.

Over six consecutive Saturdays, the Wallabies, All Blacks and Argentina will face off in a three-way battle to see which nation reigns supreme in the Southern Hemisphere.

The Wallabies are back on home soil after contesting their first two Bledisloe Tests against New Zealand, the Wallabies, headed up by coach David Rennie, will be led by captain Michael Hooper alongside Nic White and Taniela Tupou.

Kicking off the Tri Nations tournament, the Wallabies go head-to-head against the All Blacks in back-to-back matches on Saturday, October 31 and Saturday, November 7 which will double as the third and fourth Bledisloe Cup Tests.

After the first two matches ended in a draw and a win for the All Blacks, the New Zealand team have one hand on the Bledisloe Cup with the Wallabies needing to win both of the remaining games to break the 18-year drought.

10 Sport’s Scott Mackinnon will host the broadcast, along with the voice of rugby Gordon Bray, Wallaby legend and 10 News First sport presenter, Matt Burke and bringing you all the action direct from the sideline, will be former Wallaby Morgan Turinui.

Join the team for all the heart pumping coverage, live and free on 10, WIN Network and streaming on 10play.com.au.