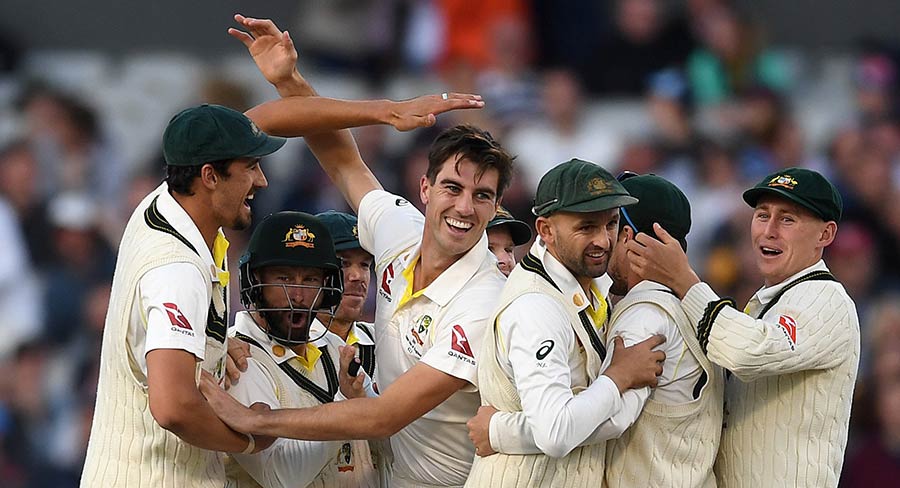 • Australia sets out to cap off The Ashes with a final win.

The Fifth and final Ashes Test commences this Thursday September 12th at 7.30pm live and in HD on Nine and 9GEM and streaming live on 9Now.

Australia sit on the cusp of their first outright Ashes series win in England since 2001, as the action shifts to The Oval in London.

While the Aussies have already secured the fate of the urn as the previous custodians, England can still draw the series with a Fifth Test victory.

Steve Smith’s incredible patch of form propelling him to the official status of the No.1 ranked Test batsman in the world, after scoring a magnificent 211 & 82 in the Fourth Test.

Pat Cummins has held down his place as the No.1 ranked Test bowler in the world, having been devastating with the ball in hand, and leading all bowlers for most wickets taken during the series.

England have not made any changes heading into the final Test. with impact players Ben Stokes, Stuart Broad and captain Joe Root.

The Fifth Ashes Test begins at 7:30pm AEST Thursday night on Nine, 9GEM and 9Now (time and channel throughout the series varies by state – see below and check guides for details). 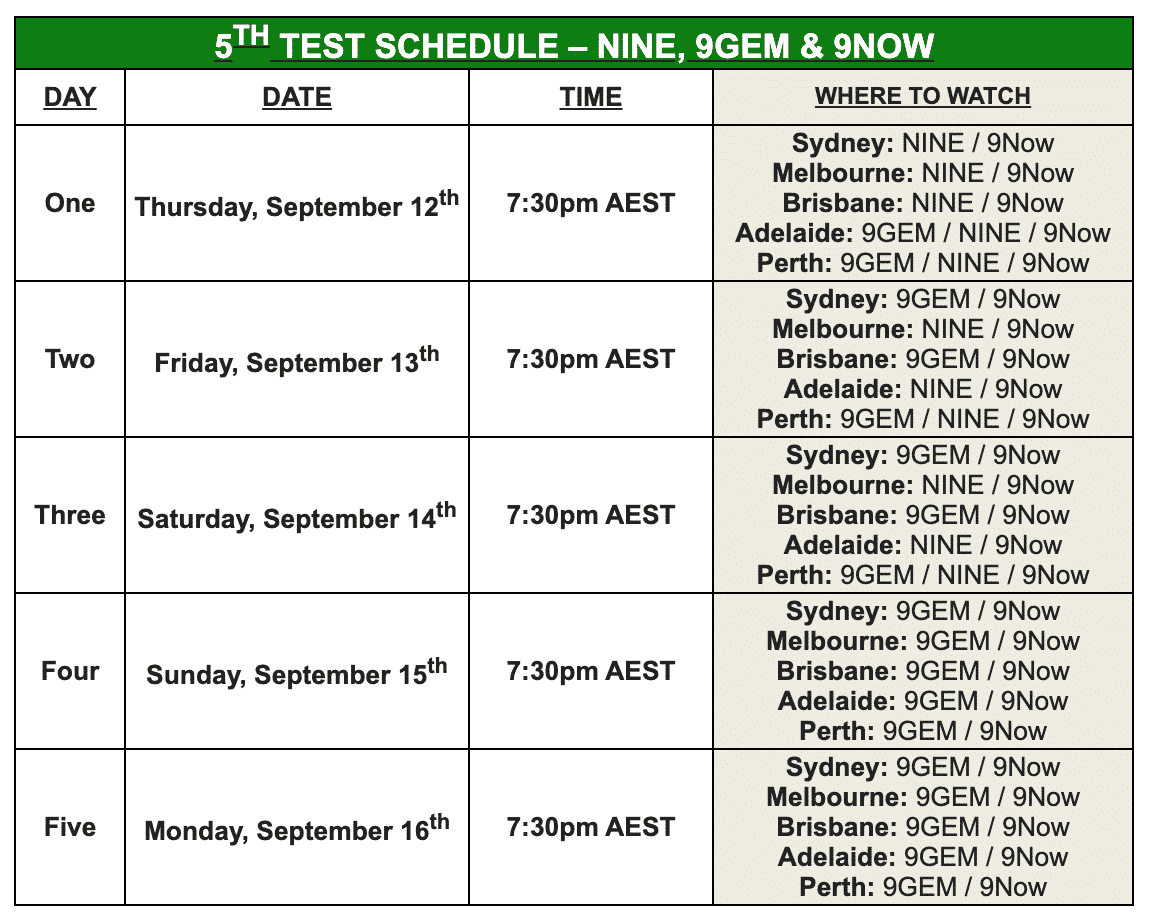 Ratings recap: The Ashes – Australia Vs England, Fourth Test
*Game was broadcast across both Nine and 9GEM in different states, and those totals have been combined below
*Rain on day one resulted in no first session of play

The highest rating session of the Fourth Test was Session One on Day Five (Sunday, September 8th) with a national average audience of 1.112 million viewers, as Australia attempted to bowl out England and retain The Ashes.

This was also the highest rating session of The Ashes 2019 series to date.

Each of the first sessions of play achieved an average national audience of 928,000

Each of the second sessions of play achieved an average national audience of 604,000

Live Average VPM of 32,000 during live play, up 25% on Second Test
Live VPM Streams of 3 million, up 11% on Third Test
Live VPM minutes of 55 million, up 17% on Third Test
Day Five was the biggest day, with 14 million minutes streamed
Day Five – Session One, of the Fourth Test achieved the highest Live VPM of 48,000 – this is the highest VPM for the Ashes this year so far.