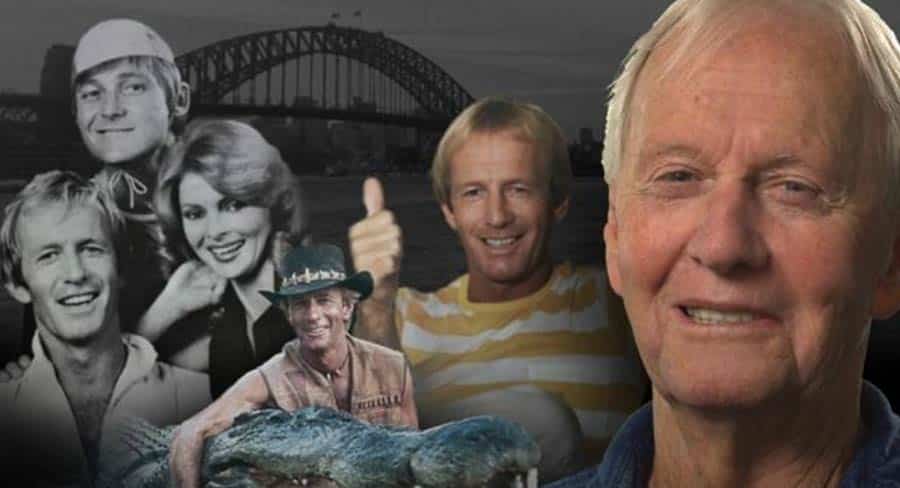 We don’t see Paul Hogan much on TV these days, and a Delvene Delaney sighting is even rarer. So get ready Australia, because these deadset legends are about to return for not one but two shows, Australian Story (Monday on ABC) and How Australia Got Its Mojo with Russell Howcroft (Tuesday October 1 on ABC).

Paul Hogan was first seen on TV from 1971 after an appearance on New Faces led to a regular spot on A Current Affair. Joining forces with brilliant producer John Cornell (who also played his dopey sidekick Strop), they created The Paul Hogan Show for Seven in 1974. ACA replaced him with another “Aussie battler” called John Rennie, but the “resident pub poet and philosopher” did not become the new Hoges, as promised. Instead, Nine finally poached The Paul Hogan Show from Seven in 1977, where it played intermittently, never wearing out its welcome, but always wining its timeslot, until 1984. 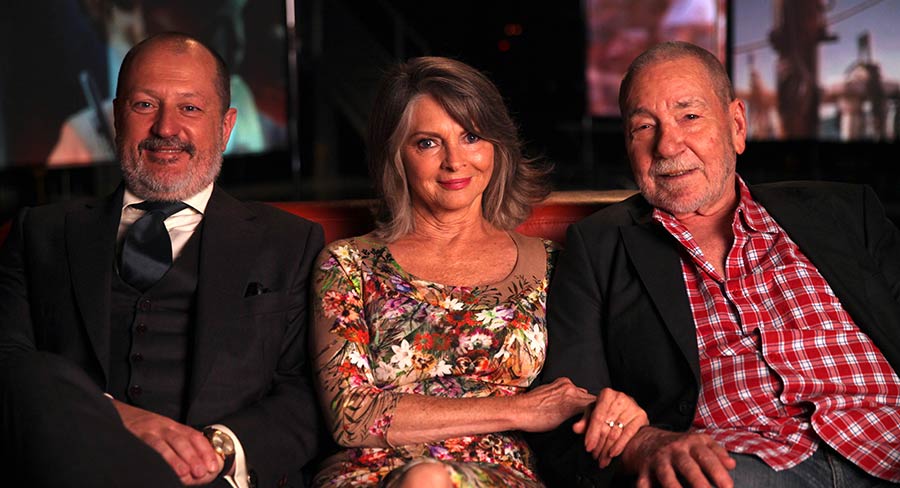 Meanwhile, Brisbane TV weather goddess Delvene Delaney married John Cornell after becoming a recurring cast member on The Paul Hogan Show. Delvene had been axed from her first acting role on The Box because she refused to do nude scenes, but she didn’t have an issue with wearing skimpy clothing for comedy skits with Hoges. Although many of them are now considered as being sexist, at least Delvene and co-stars like Karen Pini and Sue McIntosh were less tacky than “jiggle TV” series like Charlie’s Angels (US) and they were funnier than the “sexpots” running around on The Benny Hill Show (UK).

The Paul Hogan Show still makes me laugh today, but that’s because I was a kid in the 70s and we all thought it was hilarious back then. Even the first cigarette I ever smoked was a Winfield … anyhow … re-watching The Best Of Paul Hogan, which has been uploaded onto YouTube, it is interesting to see that Paul Hogan, whilst always essentially playing Hoges, played lots of different characters and clearly had ambitions to do more acting (like his first dramatic role in TV mini series Anzacs).

America first glimpsed Paul Hogan and Delvene Delaney throwing a “shrimp on the barbie” to promote Australia from 1984. Hoges did all those ads for free, and while that might have been a clever way to introduce the audience to Crocodile Dundee a few years later, you cannot deny that millions of tourists from all over the world came to Australia because of him. It is Tourism Australia’s most successful campaign (while Lara Bingle’s “where the bloody hell are you” is arguably the worst).

Delvene looks magnificent today, and by that I mean she is aging gracefully and not looking like a Real Housewife of Byron Bay. Meanwhile, Hoges is doing a new campaign to fight cancer and will have a new Dundee movie coming out soon. It’s great to have them back.