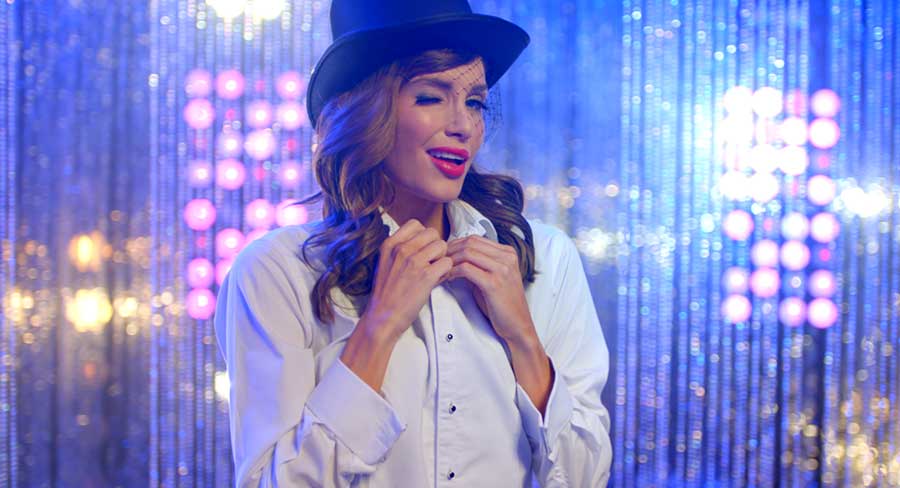 The All New Monty: Guys & Gals premiers Sunday, September 13 on Seven and 7Plus.

The format sees Australian celebrities bare all while kickstarting conversations about men’s and women’s cancers and the importance of early detection.

Returning as hosts are Monty alumni Shane Jacobson and Georgie Parker joined by choreographer Todd McKenney as 15 male and female stars prepare to reveal all in the name of cancer awareness. 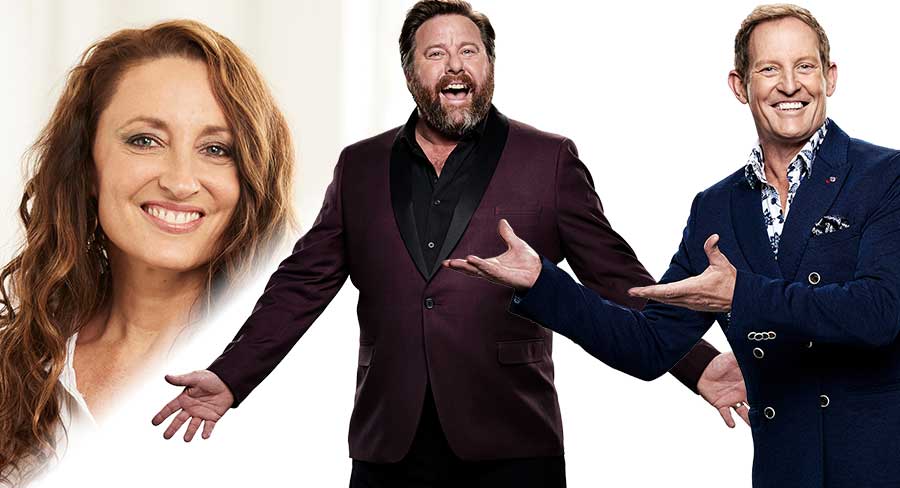 After weeks of rehearsals, the contestants will face performing in two special performances in front of a packed theatre audience. 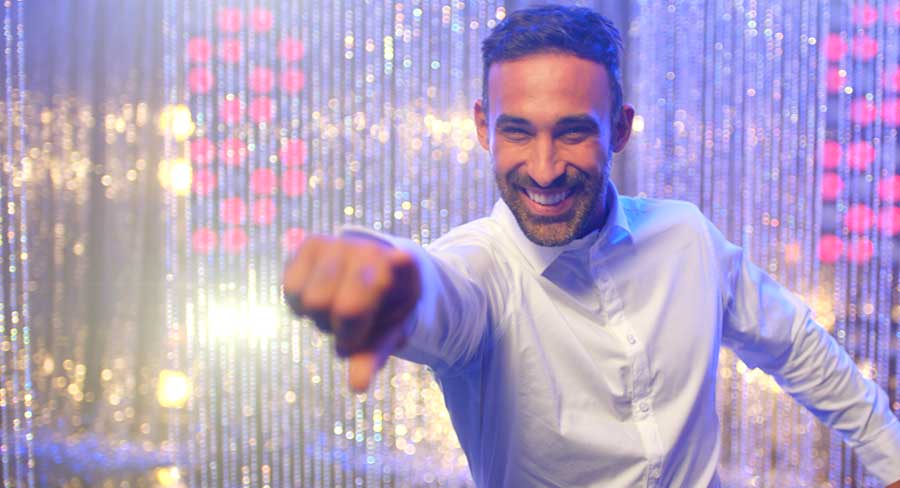 Dovile won Season 2 of House Rules with his wife Lisa Lamond in 2014. A year later he joined the Better Homes and Gardens presenting team as their resident builder. He won the fan-voted 2016 Logie award for Best New Talent. 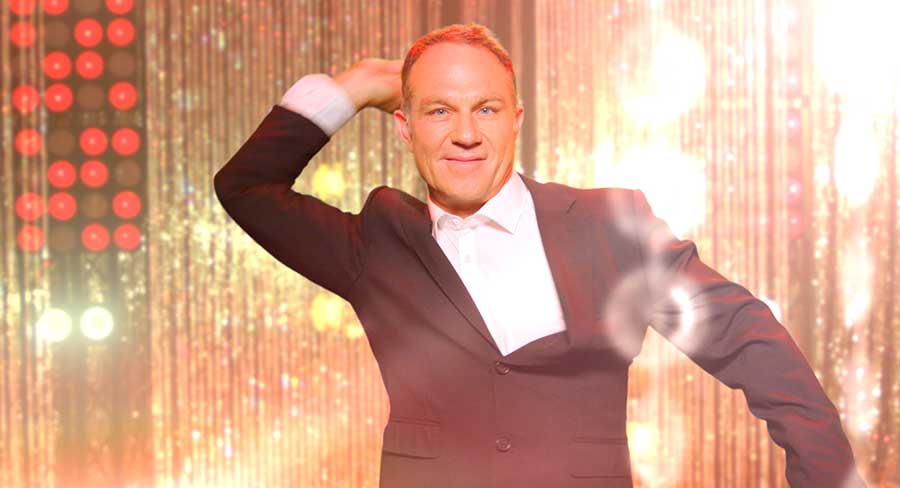 After playing his last Test against England in 2001, he returned to State cricket, playing for NSW before hanging up his helmet for good in 2004. As a broadcaster, Michael has continued his association with the sport ever since and now works as a commentator for the Seven Network. Pledger started his career in TV commercials before getting his first taste of a TV series as an 8-year-old, with a two-episode role in 2001 on The Secret Life of Us.

His most significant break came when he was cast as Mason Morgan on Channel 7’s Home and Away, playing the part from 2016 until 2019. 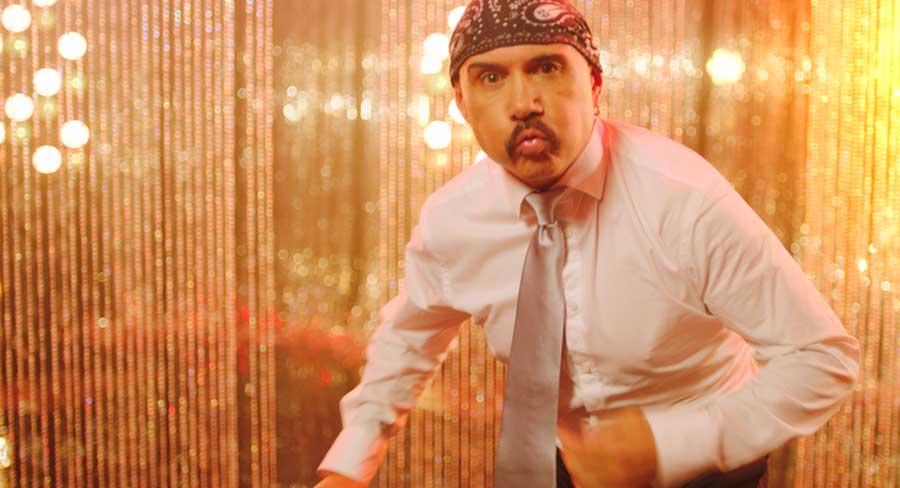 Fenech won third place in Sydney’s annual Tropfest short film festival in 1995 for a biographical short entitled Pizza Man, based on his experiences as a pizza delivery driver. Five years later, he produced Pizza, a sitcom based on his winning short, which ran for five seasons from 2000 to 2007. Fat Pizza, a full-length movie based on the series, was released in 2003.

He’s also behind the sitcom Swift and Shift Couriers, which ran for two seasons as well as Housos, which premiered in 2011 and spawned two more movies: Housos vs. Authority (2012) and the cross-over comedy Fat Pizza vs. Housos (2014). Housos scored the Logie Award for Most Outstanding Light Entertainment Program in 2014, the same year Fenech released Bogan Hunters on 7mate, securing the channel’s highest ratings for a non-sport program in 2014. In 2019 Fenech had another show on 7mate with Fat Pizza Back in Business, the highest rating program on the channel in 2019. 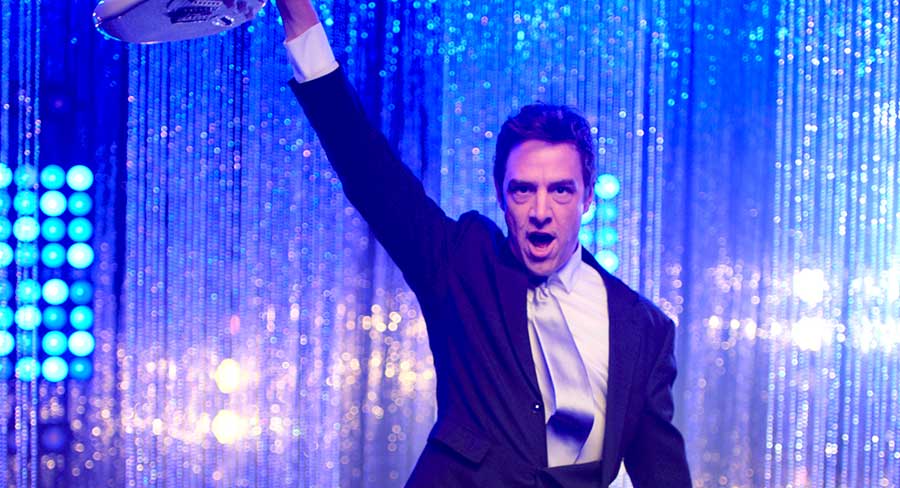 Johnson’s original claim to fame for his roles in The Secret Life of Us, Rush and Underbelly. In 2017, he took home the Best Actor and Gold Logie awards for his lead role in the mini-series Molly. Months before accepting his award, Sam announced his retirement from acting to focus full-time on raising money for Love Your Sister, a cancer charity he co-founded in 2012 with his sister Connie Johnson. The duo started the charity when Connie was diagnosed with terminal breast cancer, they raised $1.5 million before Connie died on September 8, 2017.

Sam was awarded the Order of Australia medal (OAM) in 2016 and was Victoria’s Australian of the Year Candidate in 2018. In 2019 Johnson won Dancing with the Stars and donated his $50,000 in prize money to Love Your Sister. 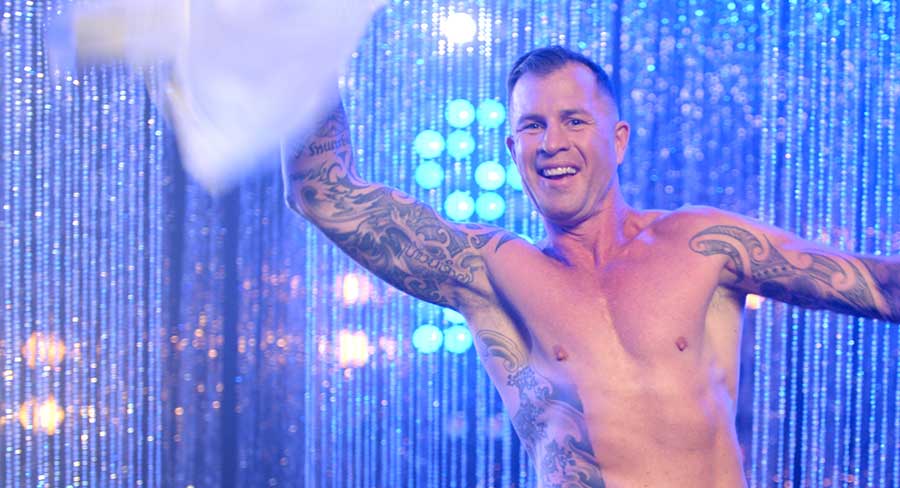 Ponton made his small screen debut in 2007, joining The Biggest Loser Australia as the trainer for the blue team. He continued in the role for ten seasons.

His career in fitness has seen him work with elite athletes, world champion boxers and professional sporting teams including the Fiji National Rugby League Side and the North Sydney Bears Rugby League Team.

Shannan took a step back from the spotlight in 2017 and continues to work as a personal trainer, teaching classes and inspiring clients one-on-one to live their best lives. Derickx was drafted by the Richmond Football Club at age 21. After an injury-riddled three years, he was traded to the Sydney Swans in 2014.

In 2015, he and long-time friend Palassi Kailis formed Kayex, an electro-pop dance music band. After more injuries, he retired from AFL at the end of 2016, and his focus shifted from sport to music. Kayex went on to win the triple j unearthed competition which saw them performing at Sydney’s Field Day on New Year’s Day 2019. The AFL Hall of Famer is one the best centre half forwards of all time. He was a dual-premiership captain at North Melbourne, four-time North Melbourne best and fairest and seven-time All Australian playing 272 games and kicked 727 goals from his debut in 1989 until a neck injury led to his retirement in 2004.

In 2007, Carey transitioned full time into the media before taking a step back from the limelight to focus on his private life. In 2013, he returned, joining the Seven Network to host a series of Talking Footy specials, and since 2014 he has worked as a Friday night football commentator and as a permanent Talking Footy panellist. Wayne is also an expert football analyst for Triple M and The Age. Pollard burst onto screens in 2015 alongside best friend Camilla Counsel on the sixth season of My Kitchen Rules. After placing fourth in MKR, she placed third on Season 15 of Dancing with the Stars.

She worked with Channel 7’s website, Yahoo7 Be, presenting cooking videos and writing advice blogs and has released an e-book of recipes called Eat Me. Her next reality TV turn came in 2017, competing on Season 3 of I’m a Celebrity… Get Me Out of Here! for her nominated charity, Beyond Blue. She lasted 40 days in the South African jungle, finishing in seventh place.

In January she made a move to the NSW Central Coast to launch her breakfast radio career at 101.3 Sea FM, co-hosting the Hit101.3 breakfast show with Daniel ‘Gawndy’ Gawned. Ash also hosts her own foodie podcast Chewsday with Ash Pollard. 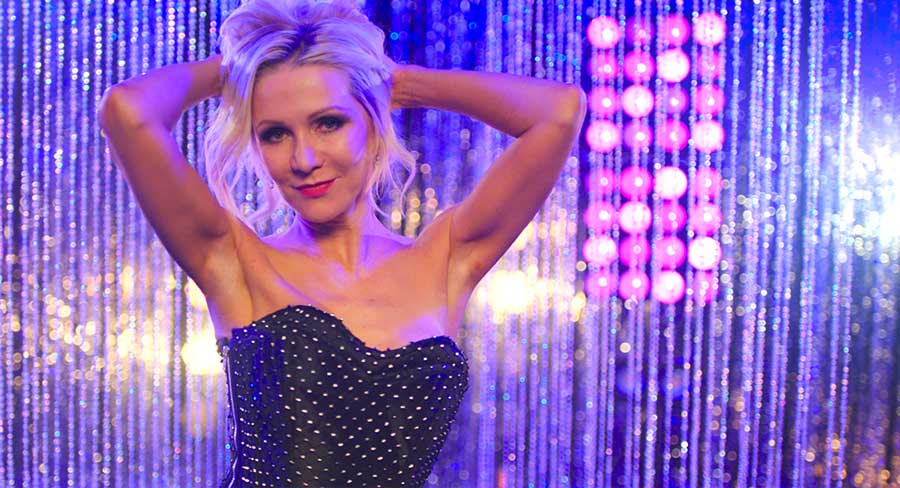 In 1990 Danielle Spencer co-starred with Russell Crowe in The Crossing and the pair began an on-again, off-again relationship. She then did a run of TV including roles on Minder, Home and Away, Pacific Drive and All Saints. In 2001 she released her debut album, White Monkey.

Her second album, Calling All Magicians came out in 2010 and in 2012 she placed second on Season 12 of Dancing with the Stars.

After being crowned Miss World Australia in 2013 Holland has established a career as a model and TV presenter.

Holland began dating Brisbane Heat all-rounder Ben Cutting in 2015. After he was picked to play in a tournament in India, she was scouted to be a presenter for the Indian Premier League in 2018. She went on to land cricket commentating roles in Dubai, Pakistan and Canada before joining the Seven Network’s Big Bash commentary team in December 2019 as a boundary rider host. 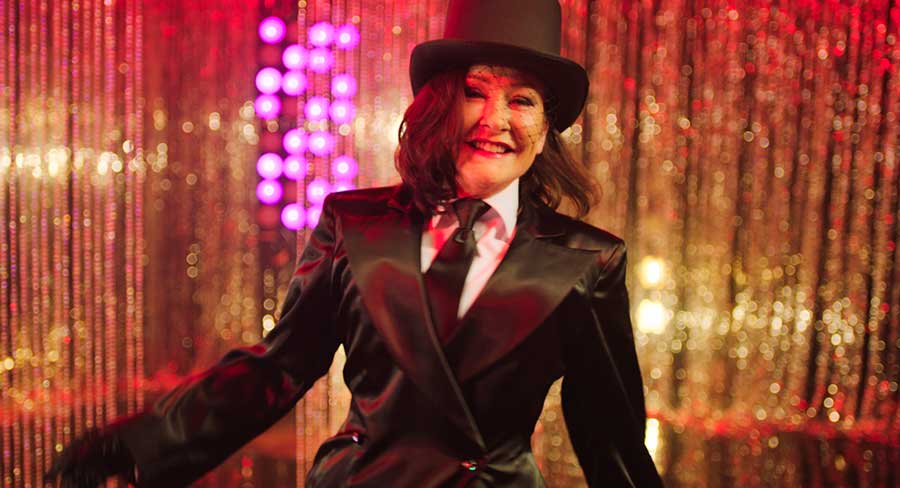 The mum-of-five (and now a grandmother to one) mines her personal life for material, and her stand-up career has taken her around the world. She’s worked as a headliner at Los Angeles’ world-renowned Improv Comedy Club and played to packed houses at the Edinburgh Fringe Festival, Adelaide Fringe Festival, Montreal’s Just for Laughs Comedy Festival and the Leicester Comedy Festival.

Her TV highlights include Dancing with the Stars and winning the fourth season of I’m a Celebrity…Get Me Out of Here!, donating her $100,000 in prize money to Angel Flight. 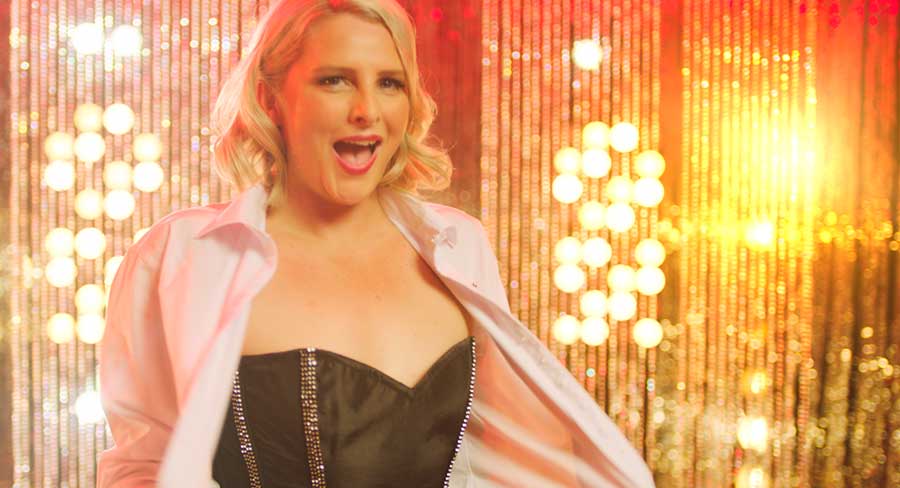 She received an Order of Australia Medal for contribution to sport in 2004 and was inducted into the Sport Australia Hall of Fame in 2015. 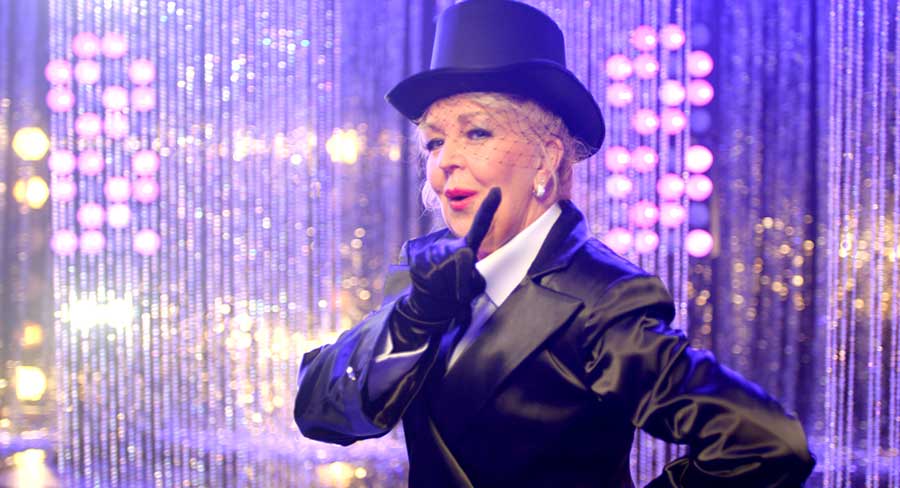 Mainstream Australian TV broadcasting started in 1956 and one year later Patti Newton (then Patti McGrath) was making appearances on the live children’s TV shows Swallow’s Junior and The Tarax Show. She later joined In Melbourne Tonight as a featured performer. She went on to make appearances on The Graham Kennedy Show, working alongside Graham Kennedy, Don Lane, and future husband, Bert Newton, who she first crossed professional paths with when they began working as child radio stars.

Patti won a Logie Award for Most Popular Female in 1967, which was presented to her by Bert, and the couple has been married since November 9, 1974. Together, they worked on Ford Superquiz and Good Morning Australia as well as many theatre productions. Sam Frost, Home and Away Actress:

Before she was Home and Away’s Jasmine Delaney, audiences were introduced to her in 2014 when she received the final rose on the second season of The Bachelor Australia. A year later, she starred as The Bachelorette. “

Frost then worked in radio, co-hosting the 2Day FM breakfast show Rove & Sam with Rove McManus from 2015 until 2017. That same year, she was a contestant on Hell’s Kitchen Australia before making her acting debut on Home and Away in the 2017 season finale. In May 2018, she received a nomination for the Logie Award for Most Popular New Talent.