JCDecaux and its partner suicide prevention charity R U OK? are helping Australians continue the conversation that starts with “Are you OK?”.

This month the suicide prevention organisation is using an interactive JCDecaux panel that uses voice recognition to trigger both on-screen and verbal responses. Passers-by are prompted via a floor decal placed in front of the panel as well as an on-screen call to action to ask: “R U OK?” The panel recognises the phrase and will dispense information on what to say and do if a friend, family member, colleague or peer says they are not OK. 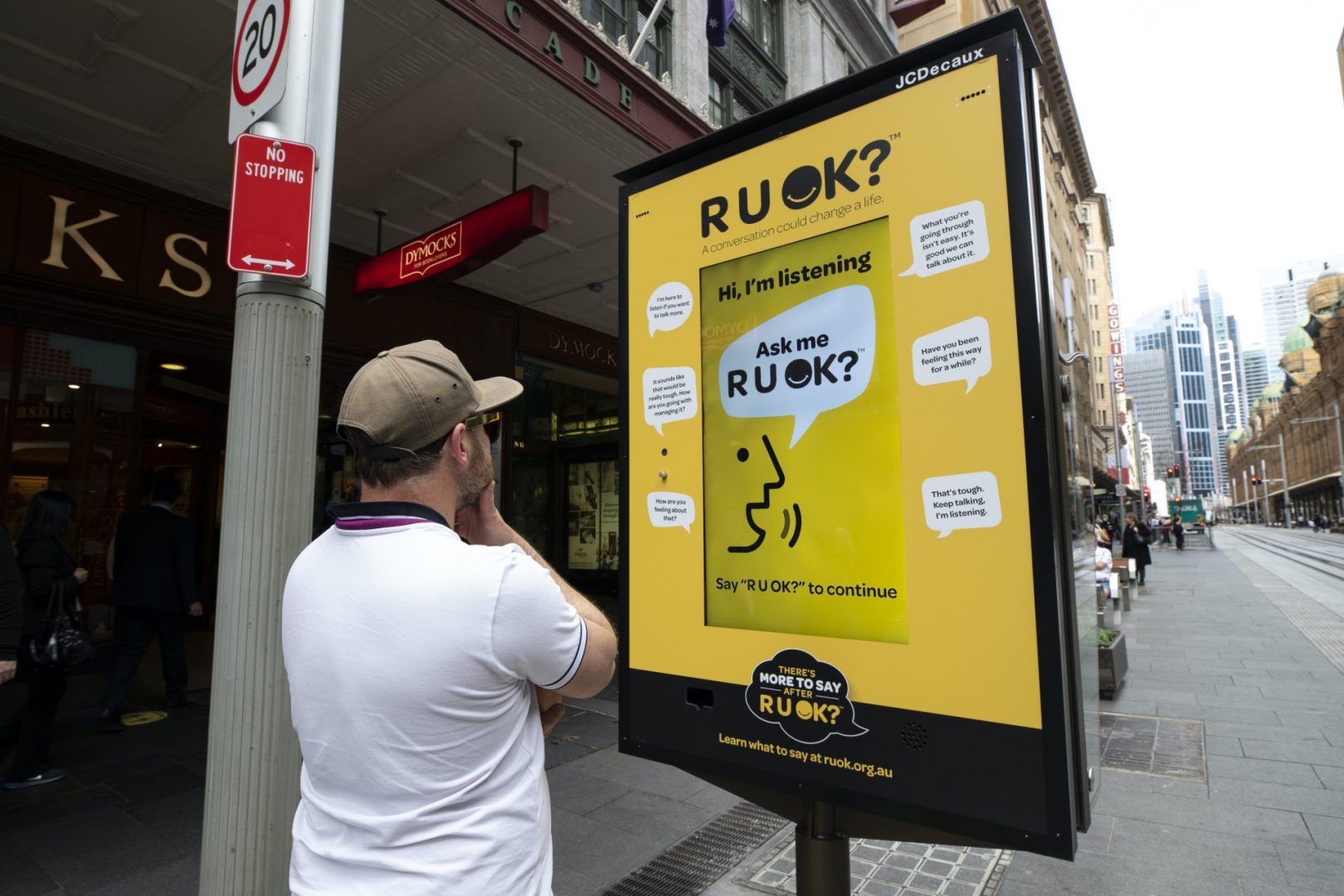 JCDecaux has partnered with R U OK? to help realise its mission to inspire and empower everyone to meaningfully connect with the people around them and to support anyone struggling with life.

R U OK? Day coincides with World Suicide Prevention Day on Thursday 10 September. The interactive panel is an extension of the R U OK? Day theme explaining “There’s more to say after R U OK?”. JCDecaux will also feature the R U OK? campaign across its national Out-of-Home network during September.

JCDecaux Head of Creative Solutions, Ashley Taylor, said: “This campaign provides the space to model a really important conversation. Our interactive street furniture panels can help people learn more about how to have a conversation with someone who is struggling. Understanding audiences are conscious about things that they touch as a result of COVID-19, the voice recognition functionality provides a safe way to continue to deliver meaningful messages, hands free.” 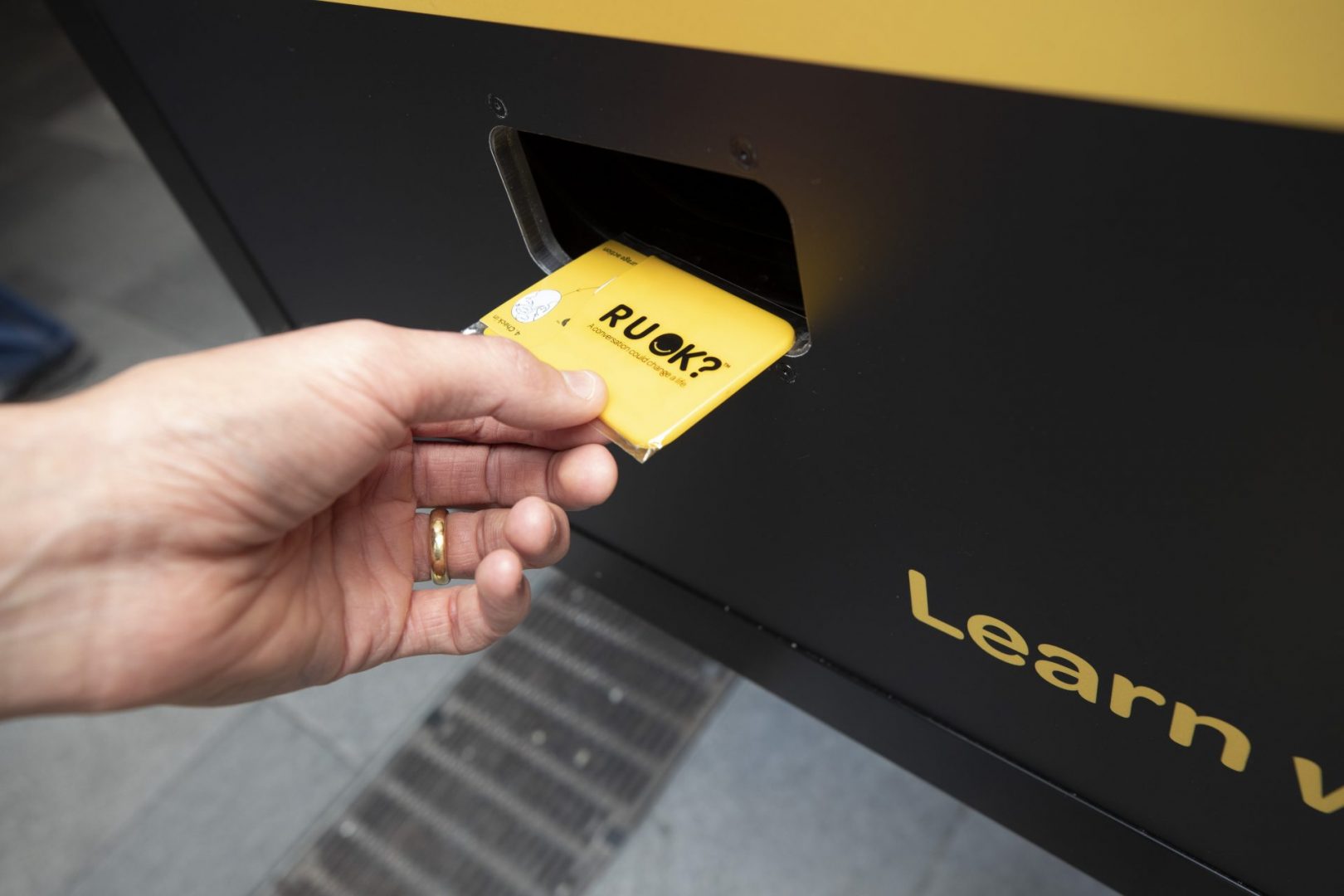 “It’s important that Australians feel they have the skills to navigate a meaningful conversation especially if someone says they’re not OK,” Sheer said. “The JCDecaux interactive activity complements our broader campaign to educate and empower people with the knowledge and confidence to start a conversation that could change a life.”

The voice activated component of the R U OK? campaign appears on George Street in Sydney’s CBD.