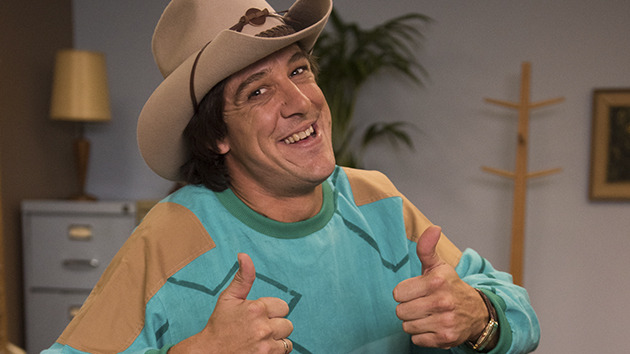 The Crown streaming on Netflix
I’ve already raved about how brilliant this show is but that was after previewing just the first two episodes. When given the link to watch the entire series, I devoured the entire series in one sitting – because it is that riveting. While this first season covers the Prime Minister Winston Churchill (John Lithgow) era, it also devotes episodes to Princess Margaret’s (Vanessa Kirby) colourful love life, the bitterness of the abdicated Prince Edward (Alex Jennings) and the Great Smog of 1952 that killed thousands while Churchill did nothing. It will be fascinating to see if this series can attract older viewers to stream for the first time. It should, because this is the best TV drama of the year.

Jack Taylor: Cross 8.30pm on 13th Street
Actor Iain Glen is one busy boy, starring in Game of Thrones, coming down under to make Cleverman and also back to Ireland for a third series of this private investigator drama. The series began in 2010 and is based on 12 crime novels from Ken Bruen.

JonBenet: An American Murder Mystery marathon from 3.30pm on Discovery
This series scored record ratings for the Investigation Discovery network in the US but that was nothing compared to the much classier CBS effort that Nine screened here. This disappointing three-parter was mostly rubbish as it delved into every crackpot theory going. When your best talking head is the editor of The National Enquirer, you know you’re in trouble.

Jamaica Inn 8.30pm on ABC
Jessica Brown Findlay (Downton Abbey’s Lady Sybil) stars in this 2014 adaptation of Daphne Du Maurier’s gothic novel. Co-starring Danny Miller (Emmerdale’s Aaron Dingle) and Joanne Whalley (Scandal’s Christine Keeler), this series is infamous for getting over 2,000 complaints to the BBC about mumbling and “inaudible dialogue” – so that might explain why it’s taken so long to screen here.

Molly 8.30pm on 7flix
Remember how this kicked off Seven’s year in February? It scored huge ratings and was recently nominated for several AACTA Awards that it has a good chance of winning – particularly Samuel Johnson’s performance as Molly and Ben Gerard as his transgender flatmate. This may be a repeat but it’s a huge improvement over those cheap and crappy black and white movies that this channel screens overnight.

The Real Housewives of Cheshire 8.30pm on Arena
Honestly, the moment one group of Housewives wraps for the year, another is waiting to take its place. Auckland finished last Sunday night so now it’s back to the North West England county. This fourth season includes a baby, a separation, a trip to Barcelona and a perfume launch. So, business as usual.