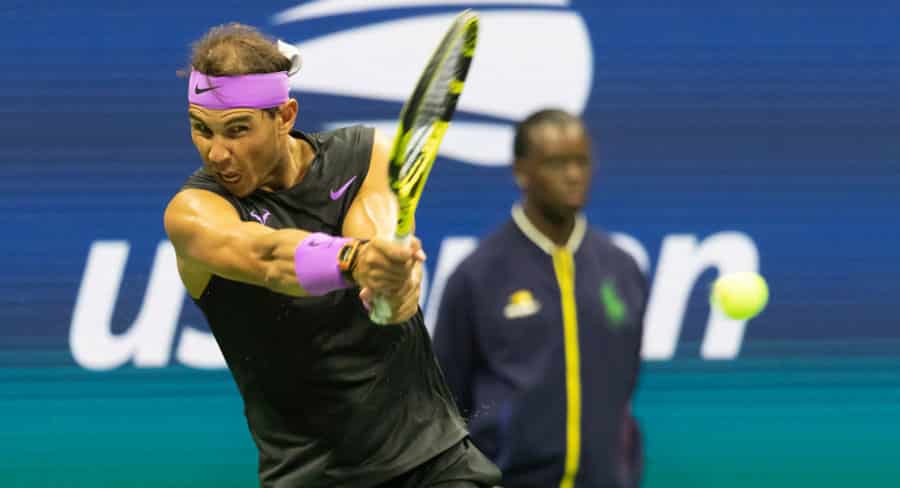 • ESPN serves fans exclusive live coverage at the US Open

ESPN Australia is serving tennis fans two weeks of exclusive live coverage from tennis’ fourth and final Major of the year, the US Open.

It’s set to be a big one with Aussie’s Ash Barty (current world #2) and Nick Kyrgios competing for the title.

The action begins daily with multiple matches airing from 2am on ESPN from Tuesday, August 27. ESPN will also feature key matches over on ESPN2.

See also: TV Guide: How to watch US Open live on SBS

ESPN’s coverage will include all 16 courts and will amount to over 160 hours of television and 1,300 more streaming live on WatchESPN.

ESPN will also produce a daily show, US Open Primetime hosted by Stephanie Brantz and Mark Donaldson airing nightly at 8:30pm from August 27 on ESPN. Produced for Aussie tennis fans daily from Flushing Meadows, the show features highlights, updates, previews and interviews. The daily action from the USTA Billie Jean King National Tennis Center will culminate with the Women’s Championship on Sunday, Sept. 8, and the Men’s Championship on Monday, Sept. 9, both at 6am.

Throughout the tournament, fans can enjoy action from every court for men’s and women’s singles and doubles plus mixed doubles between the TV coverage and the ESPN app.

ESPN will also be scheduling on air windows that are Ad free during match play to air as many Australian players matches as possible, including Nick Krygios and current world #2 Ash Barty.

ESPN.com.au will also serve fans the best, most comprehensive game around the game digital coverage including: coverage of all 16 courts on Watch ESPN, as live highlights clip’s across both website and social channels and in depth features and analysis from our award winning team of writers and tennis experts.

Of the last 58 Majors, 50 have been won by either Roger Federer, Rafael Nadal or Novak Djokovic (plus three each by Andy Murray and Stan Wawrinka), including the most recent 11.  Top seed and defending champion Djokovic is seeking his fifth Major title in the last six.

While the all-time legends continue to dominate the final weekend of Majors, the sport’s stars of the future are closer and closer to being the stars of today.  The current top 10 includes #4 Dominic Thiem (25) who made an early exit, #5 Daniil Medvedev (23) who won Cincinnati recently, #6 Sascha Zverev (22), #8 Stefanos Tsitsipas (21) who is also gone at the time of writing, and #9 Karen Khachanov (23) gone too.  Eventually, the generational page will turn.

It’s a very different scene in the women’s draw where the last 11 Majors have seen nine different winners, six of whom won their first-ever Grand Slam title.  Can Naomi Osaka defend the crown?  Can Simona Halep use the momentum from winning Wimbledon to take her first US Open?  Or will Aussie Ash Barty make a comeback and take out her first US Open?  And what can 15-year old American Coco Gauff – who has been granted a wild card entry into the main draw – do for an encore after her electric debut at Wimbledon? Her second round match is scheduled for Friday morning.

If it is Serena Williams the last woman standing, it would be her first title as a mom and her 24th Major title, tying the record held by Margaret Court. 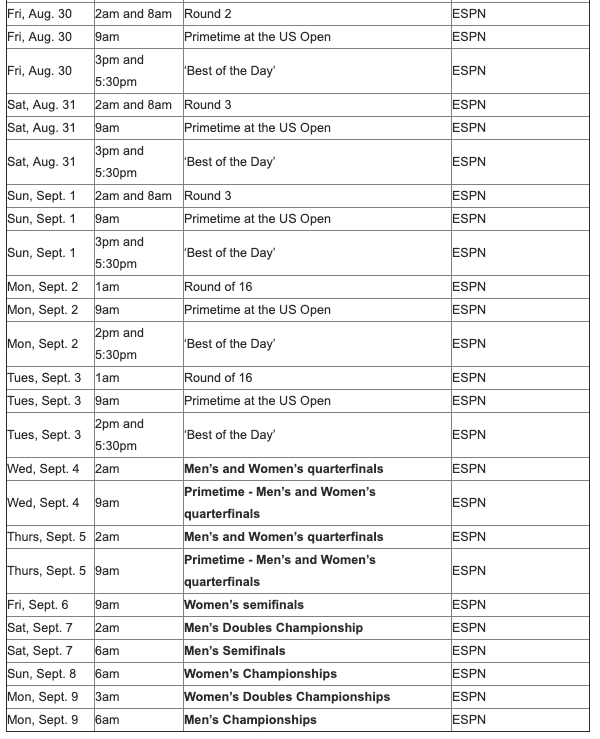