• December is proving to be the month of Star Wars

For five weeks The Mandalorian has dominated the TV Demand charts as it moves towards finishing up the year as the top show in Australia and New Zealand.

December is proving to be the month of Star Wars with Star Wars: The Rise of Skywalker having the seventh-best opening weekend in Australian box office history, with the success of the movie potentially helping The Mandalroain on the charts.

While the rest of 2019 looks set to be Star Wars themed a new entry to the charts is starting to gain momentum and could potentially be a threat in 2019. That show in question is Netflix’s The Witcher, which has crept into the charts in NZ and next week will be the first set of TV Demand charts since the show’s release on December 20.

The story of The Witcher has been told before in both books and video games with this latest rendition taking inspiration from the books. The story takes place in a medieval world on a landmass known as the Continent, and follows monster hunter Geralt of Rivia,  sorceress Yennefer of Vengerberg and the young Princess Cirilla. The first season is based on The Last Wish and Sword of Destiny, a collection of short stories that precede the main Witcher saga. A second season was confirmed on November 13. 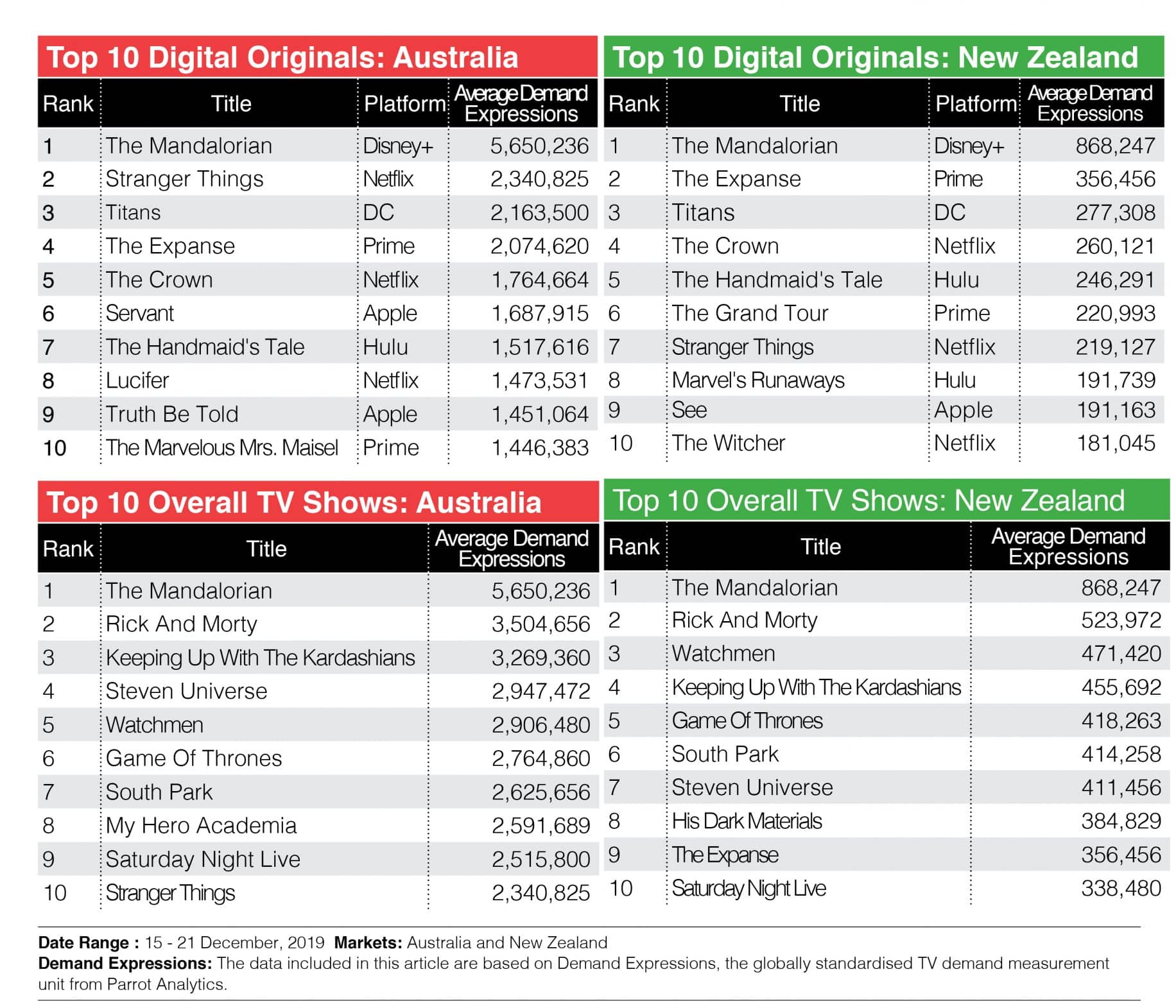