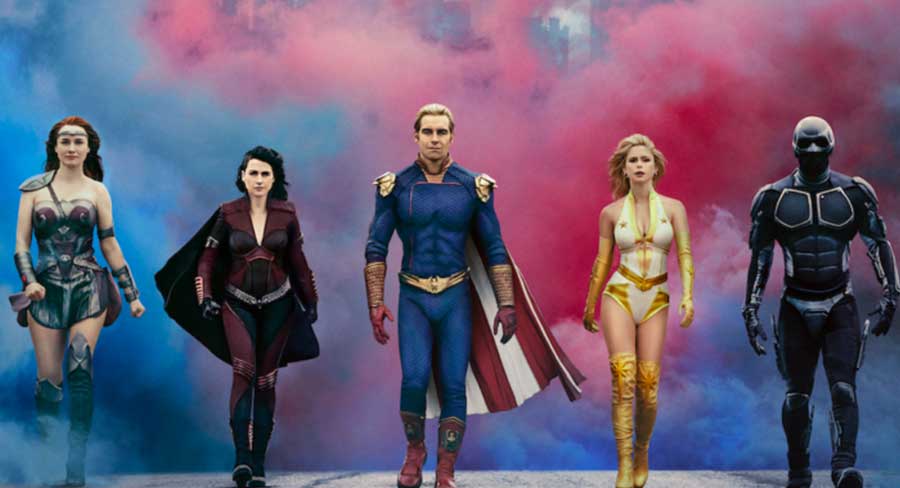 • Australian TV Demand charts are being dominated by digital originals

Australia has a new #1 on both the Digital Original and Overall TV charts with The Boys claiming top spot off the back of its season two premiere on September 4. The eight-episode season will be released weekly on Amazon Prime Video which should continue to boost the season throughout its release.

The Amazon Original was developed by Eric Kripke for Prime Video and is based on the comic book of the same name by Garth Ennis and Darick Robertson. The series follows a team of vigilantes as they attempt to stop a team of superheroes who abuse their abilities and are backed by a big corporation.

The series is lead by New Zealand actors Karl Urban (Star Trek) and Antony Starr (Banshee) who represent opposite sides of the struggle. Urban plays Butcher, the leader of the eponymous team The Boys, and Starr plays Homelander, the leader of the superhero group The Seven.

Netflix Original The Umbrella Academy has stayed #1 on the Digital Original and Overall TV charts in New Zealand. 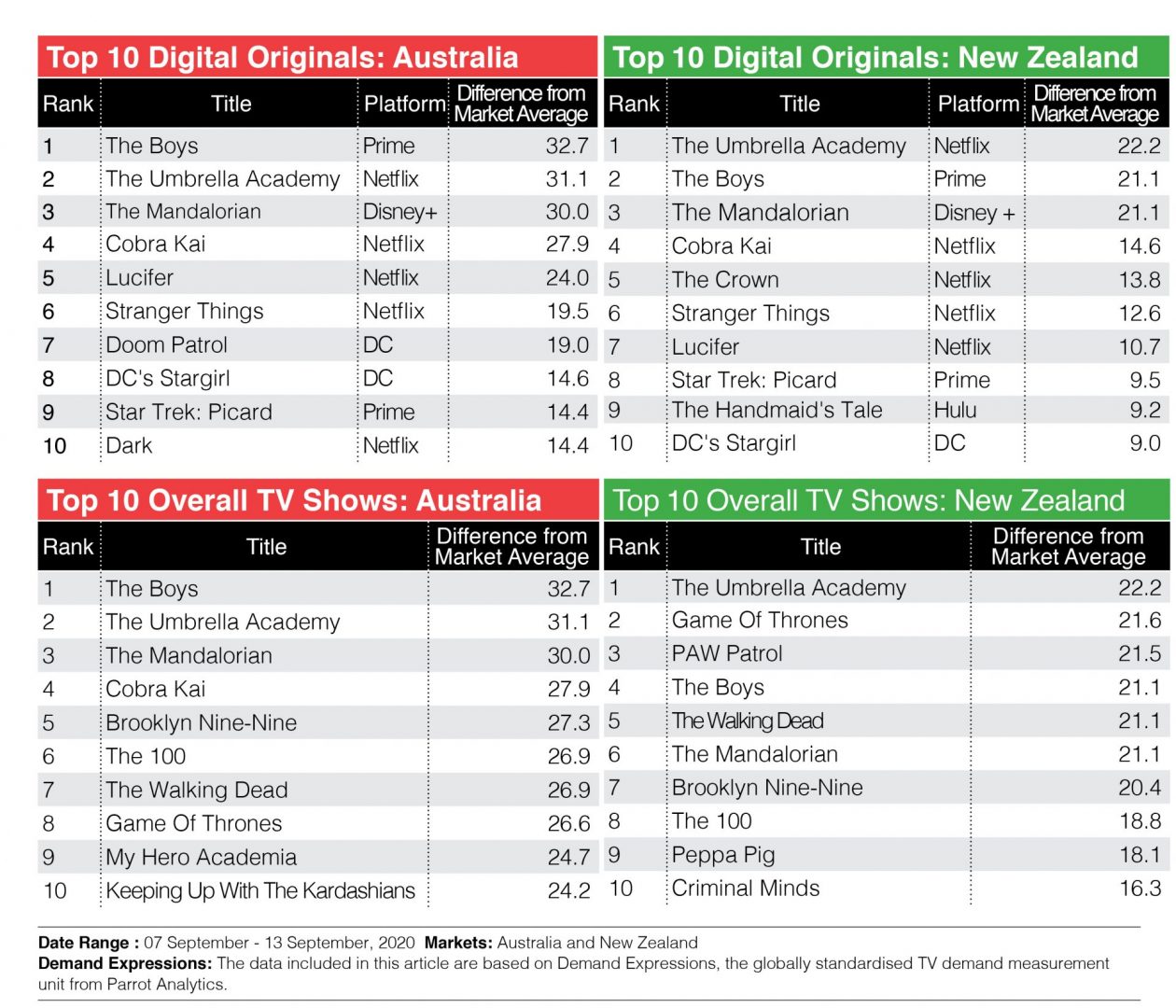