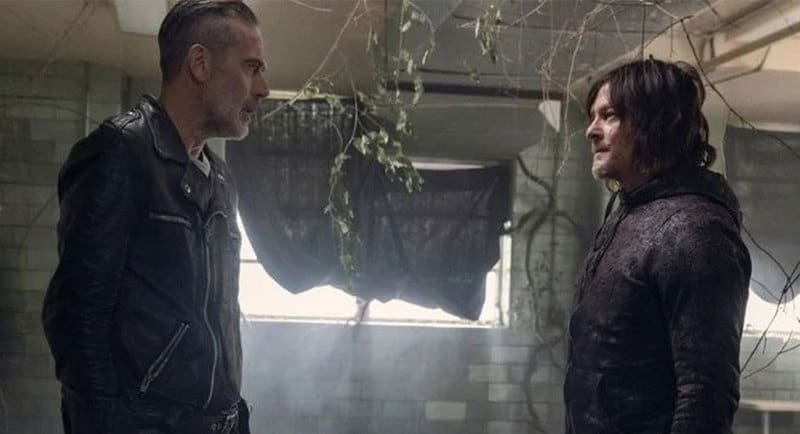 The Boys has recaptured the top spot on the Overall TV chart in Australia after being overtaken by South Park last week. This once again gives the show a complete shut out of the #1 spot as it continues to perform strongly after the release of the show’s second season on Amazon Prime Video.

The biggest movement on the TV Demand charts this week is the upwards trajectory of The Walking Dead, which returned from its Covid hiatus to continue its 10th season.

On March 24, 2020, broadcaster AMC announced that the Walking Dead’s season finale would be postponed due to Covid-19. The episode went on to air on October 4, 2020, but was no longer the season finale with an additional six episodes added to the tenth season to broadcast through early 2021.

The flow-on effect of the show’s season extension means that season 11 has been pushed back from its original October 2020 air date as planned with these additional episodes essentially working as a place holder.

Season 11 of The Walking Dead has been confirmed by AMC to be the final season of the hit series and will comprise of 24 episodes and air over a two year period.

The show is based on the comic book series of the same name by writer Robert Kirkman and artist Tony Moore, and can be seen in Australia on Foxtel, Foxtel Now, and Binge.

Another Foxtel-distributed show has made the charts this week with HBO Max Original Raised by Wolves appearing on the Digital Original charts in New Zealand. The show centres around two androids tasked with raising human children on a new planet after the Earth was destroyed by a great war. The first two episodes were directed by Ridley Scott, who also serves as an executive producer for the show.

In regards to digital platforms this week, Netflix continues to dominate with six shows in the top 10 of the Digital Originals chart in Australia while it also has four on the NZ chart. 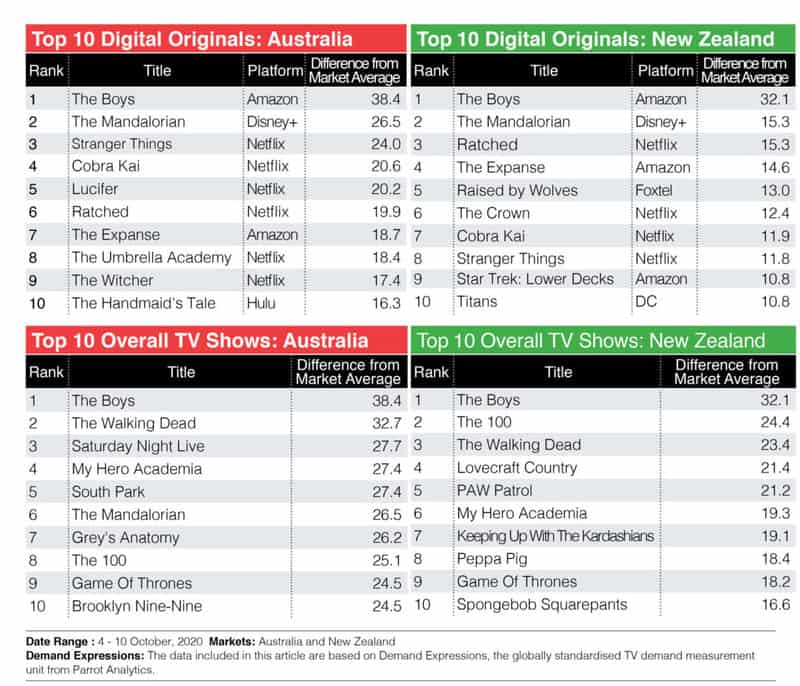