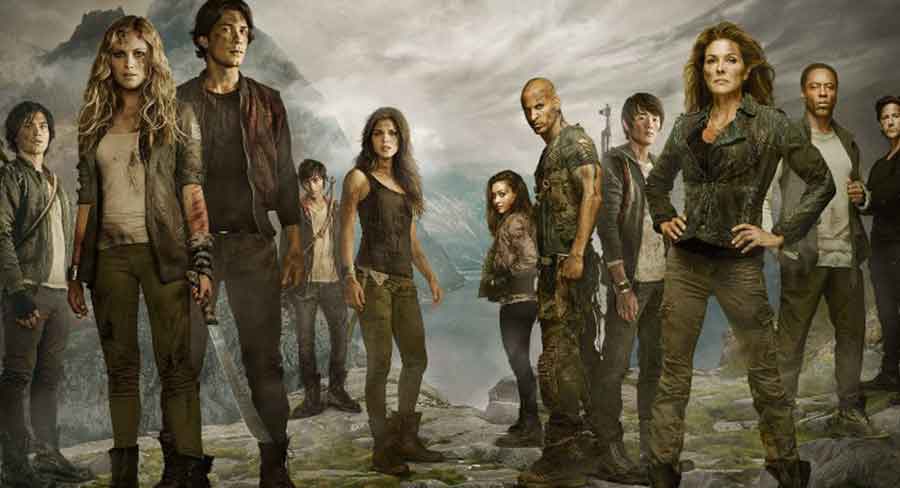 13 Reasons Why has maintained the top spot of the Digital Original charts this week, however, it has slipped down on the Overall TV chart in both Australia (The 100) and New Zealand (Paw Patrol).

The 100 entered the TV Demand charts on May 27 after its seventh and final season began airing on May 20. The CW show will wrap up the series with its 100th episode. The series centres on a group of convict adolescents who are sent back to post-apocalyptic earth to test its viability after generations of living in a space station orbiting the planet. The show stars Australian actors Eliza Taylor and Bob Morley. 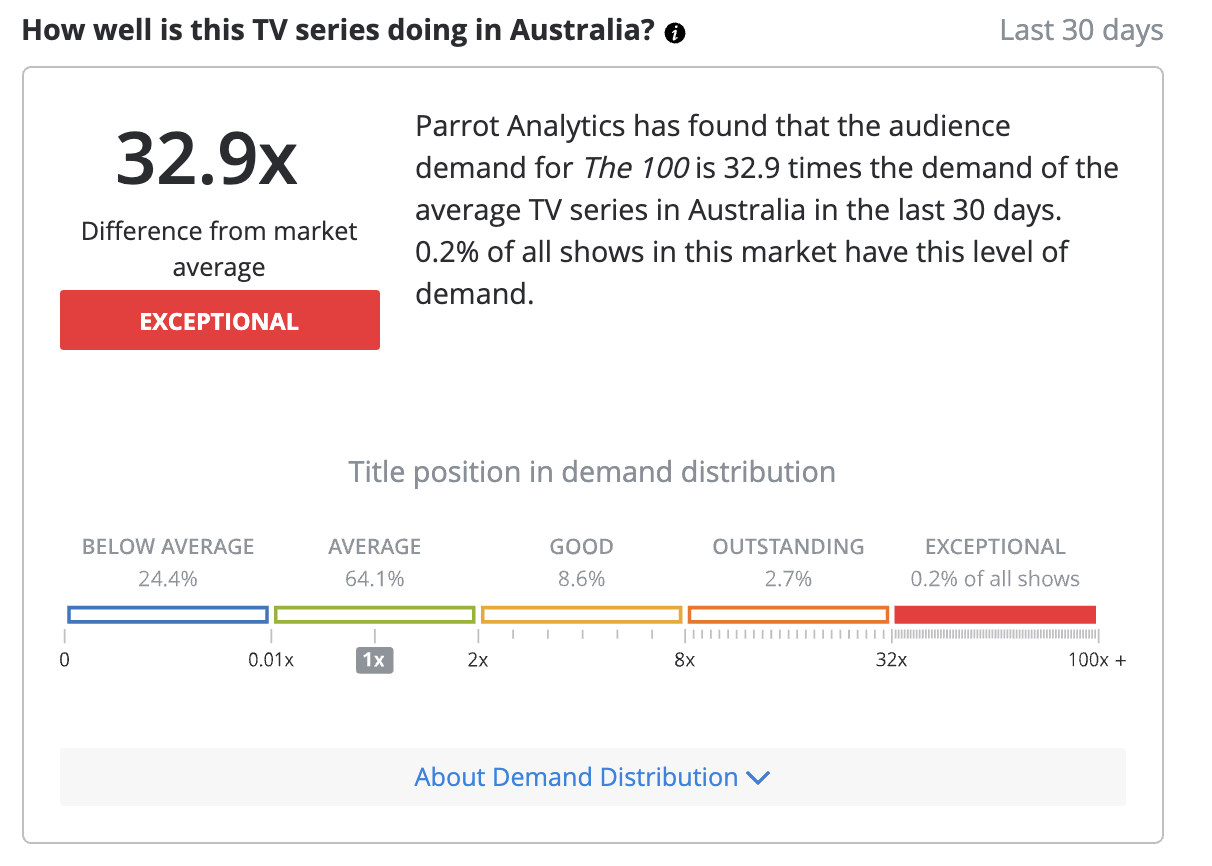 Paw Patrol has continued its movement up the Overall TV chart in NZ after the controversy caused by a debate on whether or not the show should be cancelled due to the portrayal of the police dog character named Chase. Detractors have commented that the show should be removed due to it showing police in a positive light, following the cancellation of shows such as Live PD and Cops. Although Screen Rant has reported that the show has been renewed for a new season with a movie slated for 2021.

Spongebob Squarepants has seen a boost due to its new film The SpongeBob Movie: Sponge on the Run which has been delayed to August 2021 and forgoing a theatrical release to go straight to premium video on demand before being released on CBS All Access. The Nickelodeon property has also made the news cycle after the ViacomCBS company has appeared to confirm that Spongebob is an LGBTQI+ character with a tweet for Pride Month.

Celebrating #Pride with the LGBTQ+ community and their allies this month and every month 🌈 ⁣
(🎨: by @ramzymasri) pic.twitter.com/pENmTaQB0h

Once again the best performing Australian made show is The Voice which continues its strong run on the TV Demand charts and traditional TV ratings. The show has managed to navigate its production during COVID-19 and has featured Delta Goodrem, Boy George, Kelly Rowland and Guy Sebastian returning for season nine, which is the first time all four judges have returned for a subsequent season. 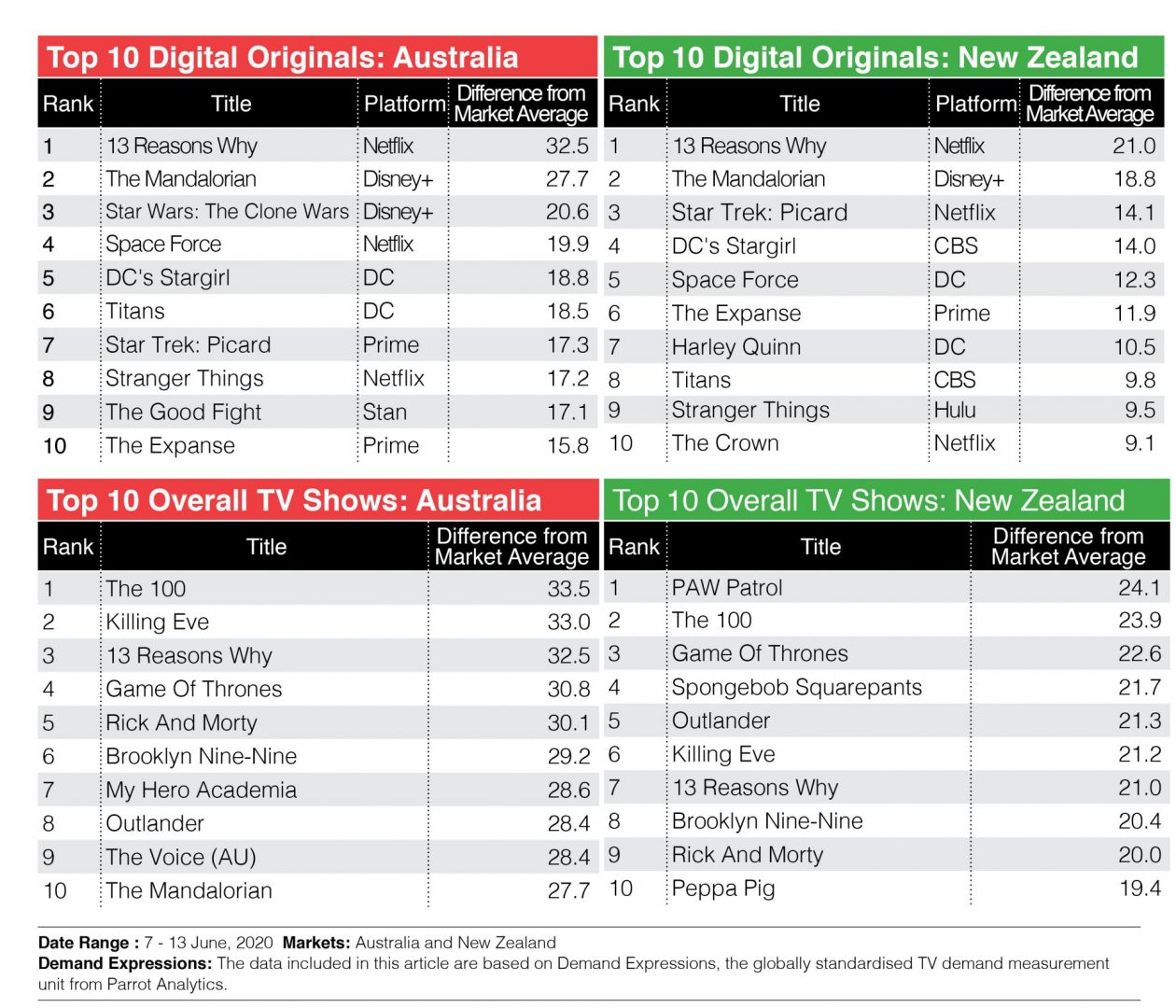