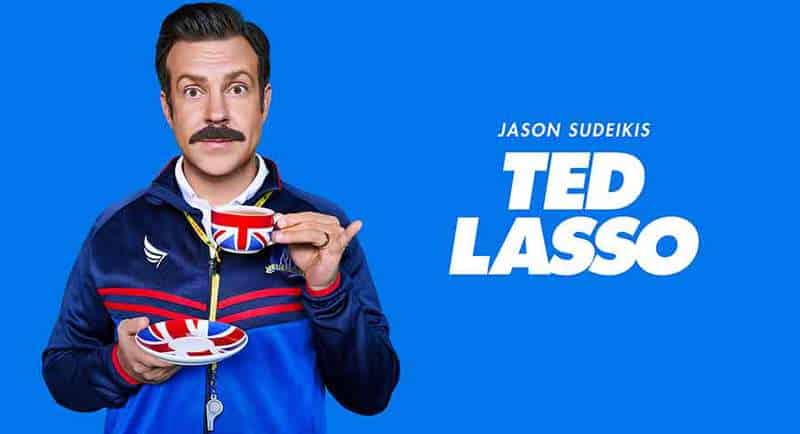 The show is currently releasing new episodes of its second season weekly on Disney + and is a safe bet to stay at #1 till the new season concludes, but even then it is not a given since the show was regularly at the top of the charts for almost 12 months after the conclusion of season 1.

The Crown has continued its ascent up the chart with the shows fourth season being released on Netflix, and normally it would probably be #1 but is facing unusually stiff competition from The Mandalorian.

The most notable new entry comes from Apple TV+ in Ted Lasso which stars Jason Sudeikis who also developed the show alongside Bill Lawrence (known for creating scrubs), Joe Kelly and Brendan Hunt. The show is based on a character of the same name that Sudeikis portrayed in a series of ads for NBC Sports’ coverage of the Premier League.

The plot of the story revolves around American college football coach Ted Lasso who has been recruited to coach an English Premier League team by the club’s owner in hopes that he will ruin the team. The show has already been renewed for a second and third season by Apple.

Netflix continues to be the strongest performing on the Digital Originals chart in both Australia and NZ with four entries on both charts. 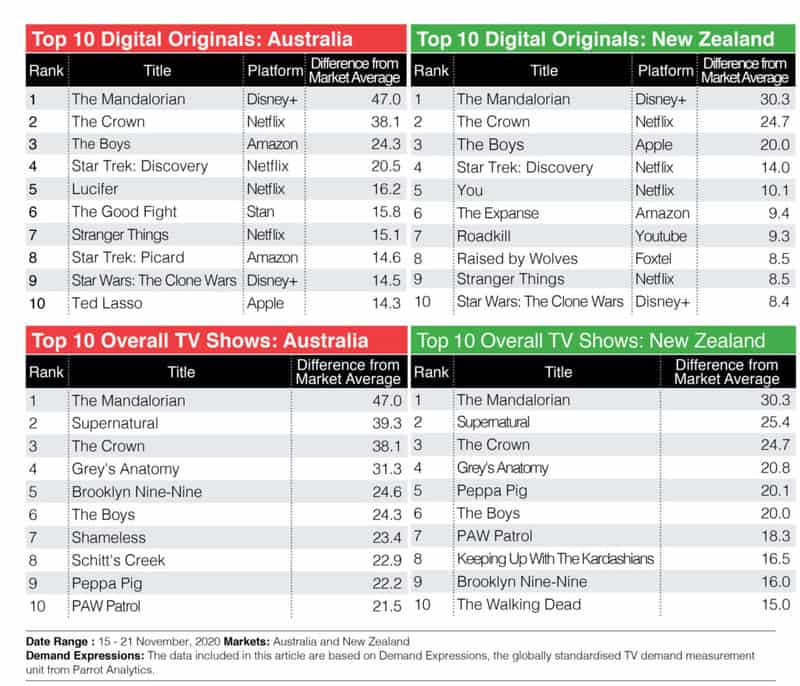