Stranger Things has extended its commanding lead on the Overall TV charts this week after season three was released on Netflix on July 5 in Australia and NZ.  The latest season of the sci-fi hit is set in the summer of 1985 and a new shopping mall is in town as the Hawkins crew are on the precipice of adulthood.

The new entry that made the biggest splash this week comes to us via way of Australia as the local version of the singing competition The Voice entered the Australian Overall TV chart in second spot in the lead up the finale that aired on July 6 with a final four featuring Daniel Shaw, Diana Rouvas, Jordan Anthony and Zeek Power .

Big Little Lies moved up to fourth on the Overall TV charts in both Australia and NZ as the second season heats up after premiering on June 8. The series was originally planned as a seven-episode miniseries about three troubled women in Monterey, California, who become embroiled in a murder investigation. The success of the first season lead to a second one being produced.  The new season is now halfway through its seven-episode order and is based on a new novella by Liane Moriarty and written for TV by David E. Kelley, with Meryl Streep joining the cast.

Two Overall TV Chart giants have also started to slip this week with Game of Thrones and Brooklyn Nine-Nine both registering their lowest rankings of the year. 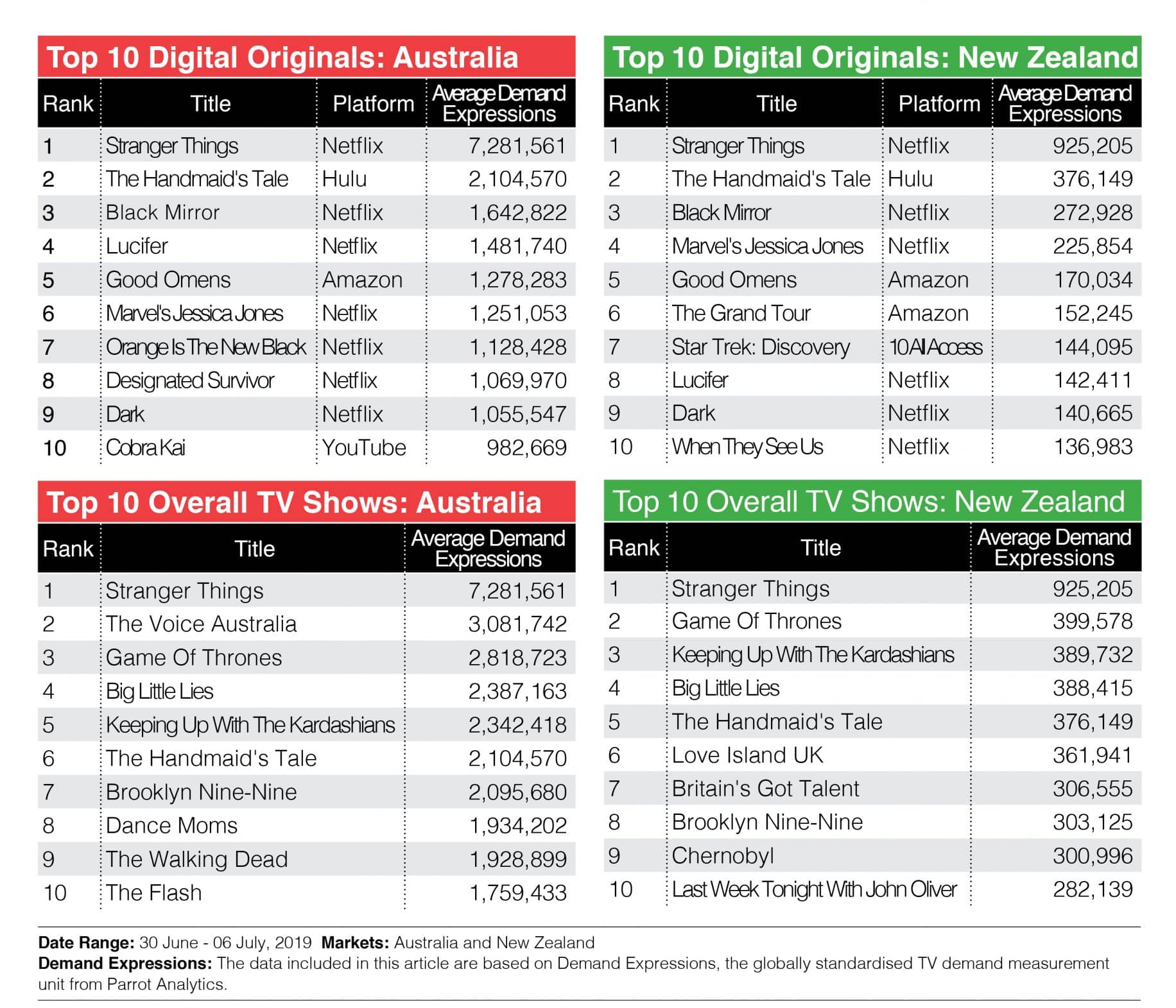